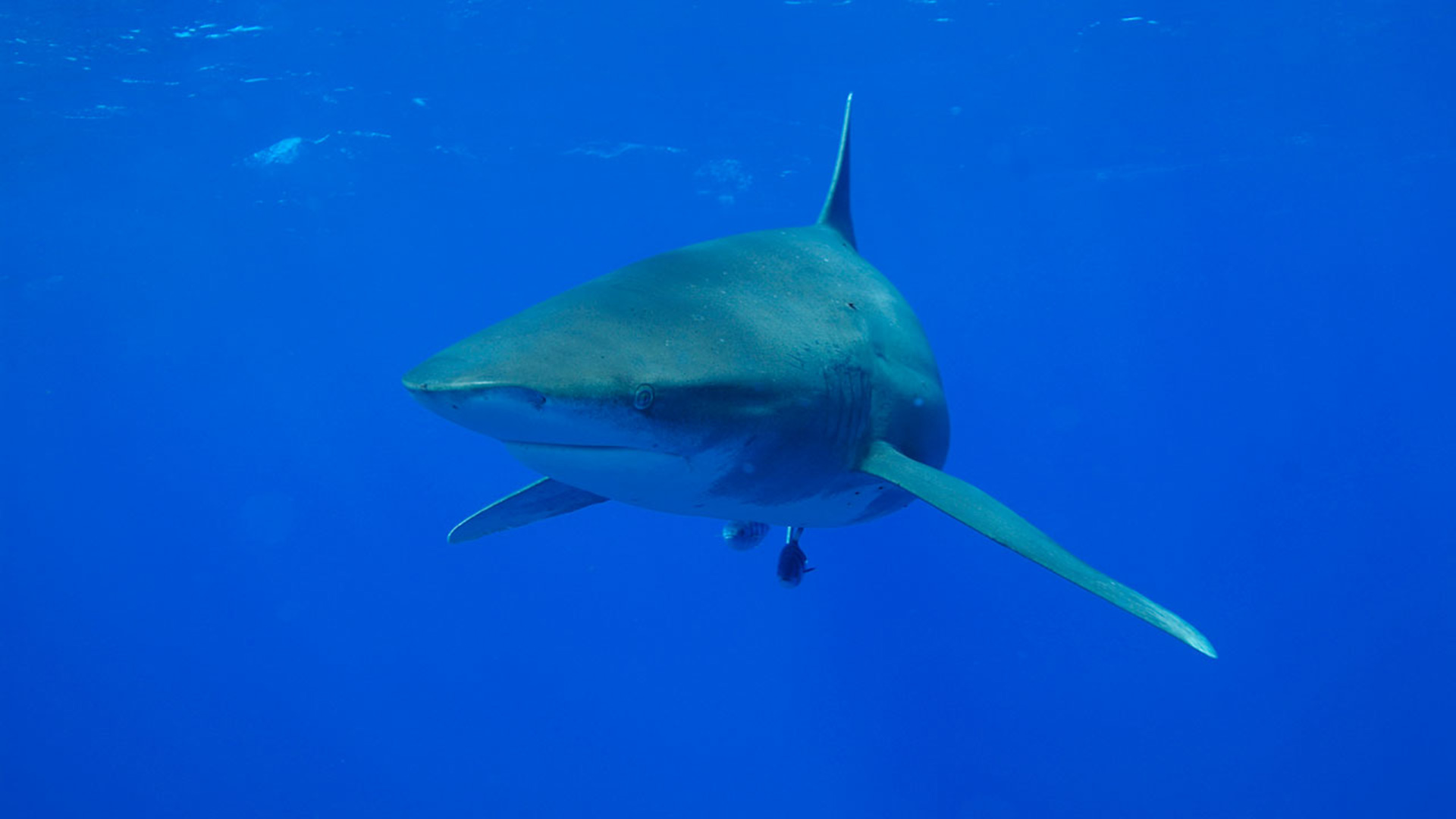 Oceans cover two-thirds of the planet, yet remain largely unexplored. For animals that dwell on the surface or within the deepest abyss, it's finding food and conserving energy that is paramount. 'Planet Earth' travels the world to reveal the extraordinary lengths life takes in its bid to survive this immense and barren realm.

Off Venezuela, a 30-ton whale shark is filmed gorging on a school of fish rather than its normal plankton diet—proving adaptation and change is the key to survival. An oceanic whitetip shark, fast becoming a global rarity, hunts the uppermost 100 meters of the sea alone, while fast-moving pods of hundreds of dolphins charge en masse in search of prey. 'Planet Earth's' unique overhead heli-gimbal camera reveals the impressive swimming prowess of ocean dwelling common dolphin as they rocket at more than 30 kilometers an hour.

By night, the ocean again spills into dramatic life. The nocturnal upward migration of billions of plankton near Hawaii is eagerly awaited by giant manta rays gorging in the darkness. In Costa Rica, the night hides squadrons of squid, desperately dodging the sonar of hunting spotted dolphin.

Descending into the abyss, surprising techniques for conserving energy are revealed as deep-sea octopuses fly with wings, and bizarre vampire squid use bioluminescence to create an extraordinary color display, designed to scare the boldest predators.

The voyage bursts into life in the deep off Mexico, with the first-ever time-lapse footage taken from 2,000 meters down—eels, crabs and giant woodlice-like isopods devour a large carcass, completely consuming it within three hours.

To survive the ocean, its inhabitants must know when to conserve their resources and when to burn fuel for speed. Nowhere is this more apparent than in the duel-like chase of the hunting sailfish. Extraordinary images capture the moment when more than 100 of these exquisite three-meter fish gun down their prey, each seeking their turn in a perfectly choreographed dance of death.