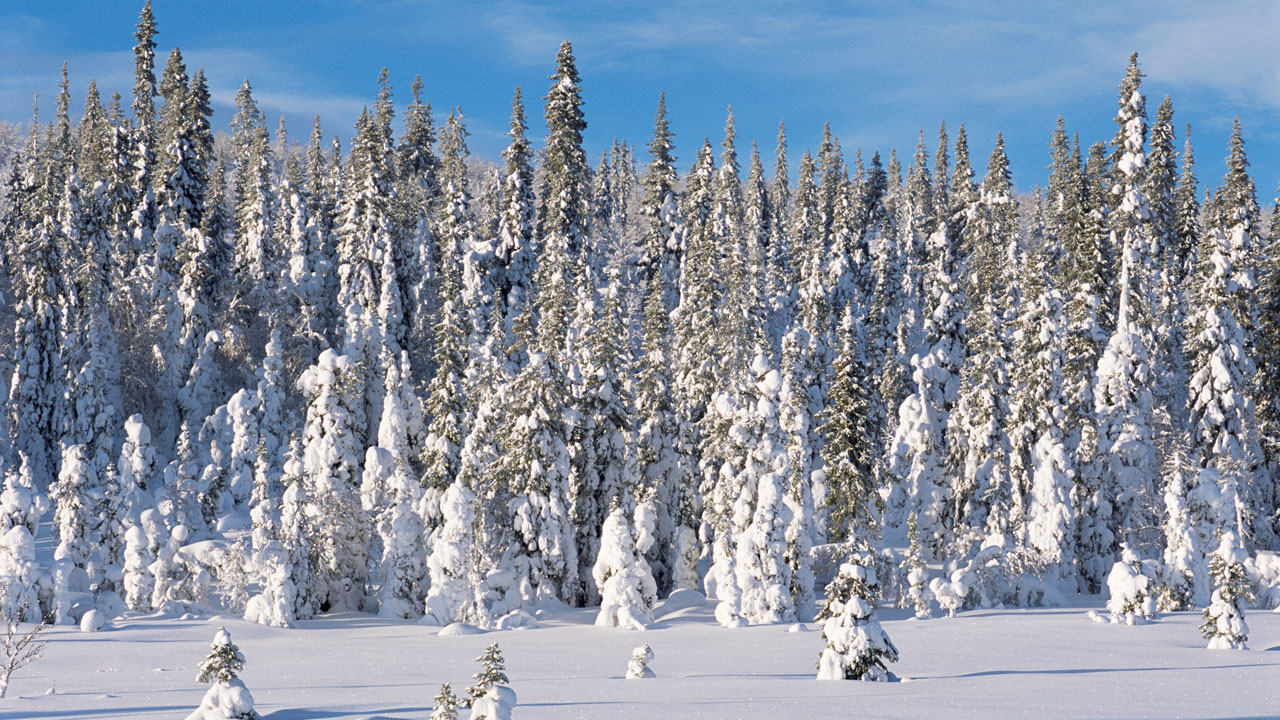 At the edge of the Arctic, the Taiga forest is a silent world of stunted conifers cloaked in snow and ice. The trees may be small but filming from helicopter and satellite reveal its true scale. It's a belt that circles the globe, broken only by ocean, and containing a third of all trees on Earth. During the short summer, it produces so much oxygen that it changes the atmosphere. The forests may be vast but the animals are scarce, and it's populated by wandering loners such as the lynx and wolverine.

Traveling further south reveals that it is the trees that are the stars. In California, the cameras fly up the tallest trees on Earth - giant redwoods over 100 meters high. General Sherman, a giant sequoia, is ten times the size of a blue whale and the largest living thing on the planet. The oldest organisms alive are the bristlecone pines that, at more than 4,000 years old, pre-date the pyramids.

The broadleaf forests of North America and Europe bustle with animal life. The most startling illustration of their richness only happens once every 17 years, when the nymphs of the cicada burst from the soil as adults, creating the biggest-ever insect emergence.

In the forest of Eastern Russia, the rare Amur leopard battles for survival in the freezing temperatures. There are fewer than 40 of these cats remaining in the wild. Extraordinary and intimate footage captures the mother leopard's struggle to feed her cub.

The baobab forests of Madagascar are the strangest trees of all. These bizarre upside-down trees store water in their swollen trunks and harbor equally curious wildlife, such as the tiny mouse lemur.