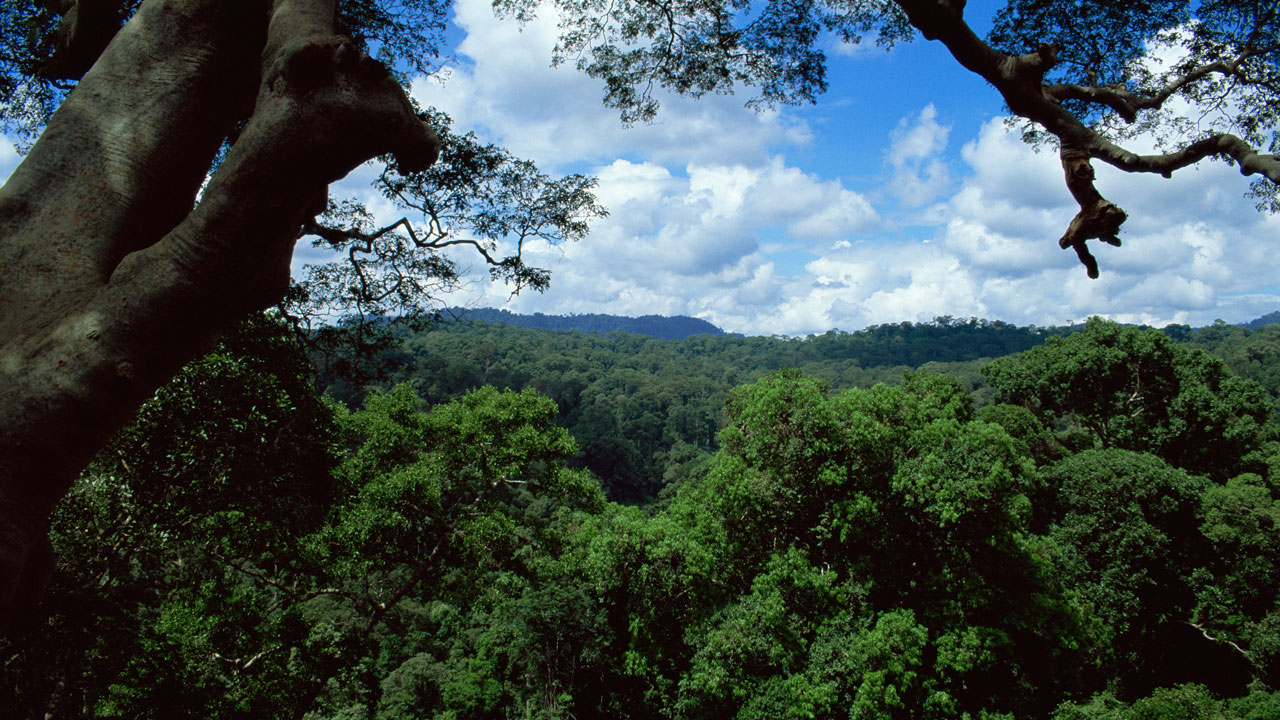 Jungles cover roughly three percent of our planet, yet contain a staggering 50 percent of the world's species. Located around the warm, sunny equatorial zone, complete with constant daylight, they are the most productive habitats on earth. Beautiful floating aerial shots introduce the world's most spectacular forest vistas and high-definition cameras enable unprecedented views of the species that live on the dark jungle floor.

Conditions are perfect for life to flourish, but surviving the jungle is far from easy. Finding food in a rainforest is a challenge—particularly for large animals. Elephants survive by supplementing their diet with minerals mined in water filled depressions, which are found in forest clearings. To get to the choicest bits, the elephants must drill down with their trunks and blow away the top layer of silt.

In the Ngogo forest in Uganda, 'Planet Earth' captures a natural history first when the largest chimpanzee group in the world—150 strong —defends its territory from neighboring chimp groups. On one patrol, a youngster from a rival group is killed and eaten.

But the most successful jungle strategy is to specialize.The red crab spider —the most specialized spider in the world—spends its entire life on a small, water filled pitcher plant. It feeds partly on mosquito larvae, which it catches by swimming to the bottom of the pitcher. Other jungle specialists include the colugo, which has been likened to a flying tea-tray, and the alien-like group of parasitic fungi called cordyceps. Cordyceps infiltrates an insect host, feeds on it, and then bursts out of its body.