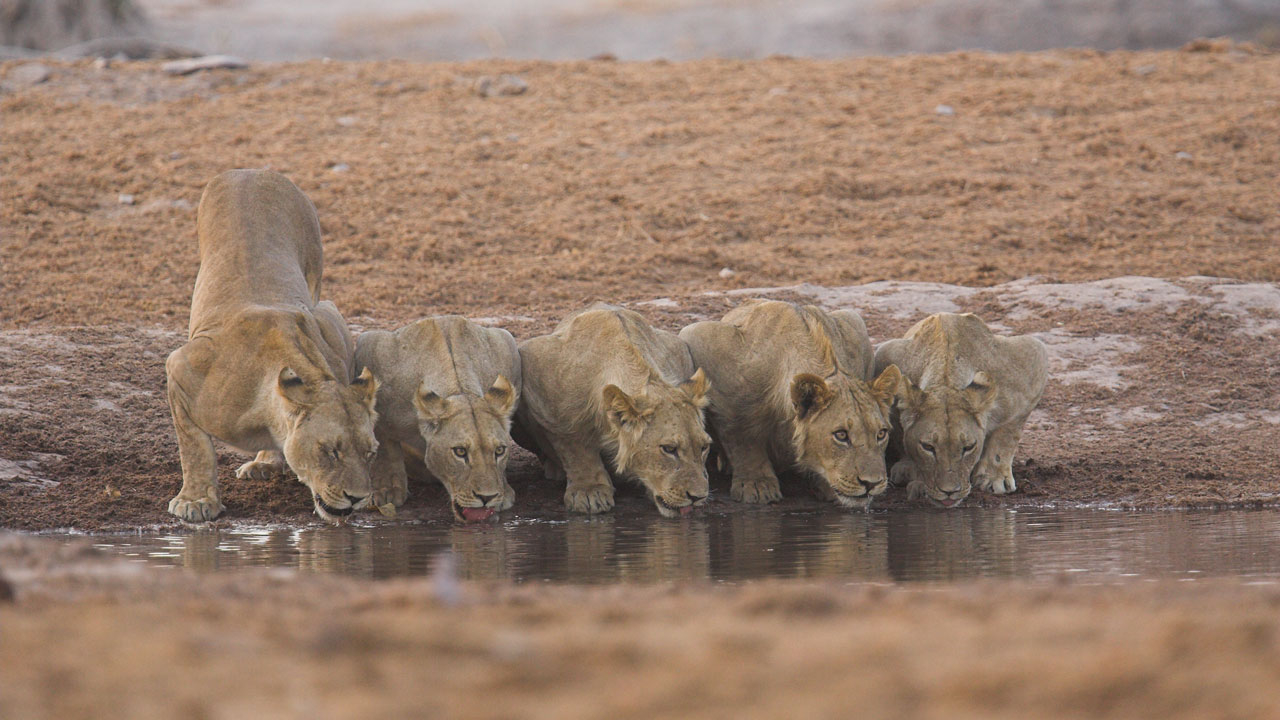 The vast open wildernesses of African savannah, Asian steppe, Arctic tundra and North American prairie are the great plains of the planet. Together they cover more than a quarter of the land on Earth and one living thing is at their heart—grass. This humble plant feeds the greatest gatherings of wildlife found anywhere on Earth.

The most abundant bird in the world, the red-billed quelea, swarm across the African savannah devouring grass seeds; while every year herds of wildebeest mass in East Africa in search of new grass; and on the Arctic tundra caribou migrate for 2,000 miles on a quest for good grazing. After filming for three years, 'Planet Earth' finally captured the most mysterious herd of all—the shy Mongolian gazelle. It is thought that there are two million on this remote corner of Asia, but no one really knows. And only a handful of people have witnessed their annual migration.

The highest living mammals exist 6,000 meters above sea level on the highest grasslands in the world, the Tibetan Plateau. Although the plateau is frozen and parched, wild yak and ass and a ground-dwelling relative of the rabbit — the pika—inhabit these Spartan plains. The elusive and bizarre-looking Tibetan fox is captured on film for the first time here as it hunts the pika.

Soaked in monsoon rains and bathed in tropical sun, the tallest grassland plains of Northern India hide a diverse range of animals, from elephants and rhino, to the smallest of all wild pigs—the rare pygmy hog. Like the Indian plains, the tropical savannahs of Africa grow lush in the wet season, but during the dry season they can become a dust bowl. In Botswana, massive herds of buffalo and elephant trek hundreds of miles in search of water and new grass.

Over six weeks, 'Planet Earth' follows a pride of 30 lions—one of the largest in Africa—as they attempt to hunt elephants around one of the few remaining waterholes. Night after night, driven by hunger, the lions size up different elephants. Using the latest night-vision equipment, the crew films the chaotic battles that ensue at close quarters, until finally the pride pursue and overwhelm a thirsty adolescent elephant.