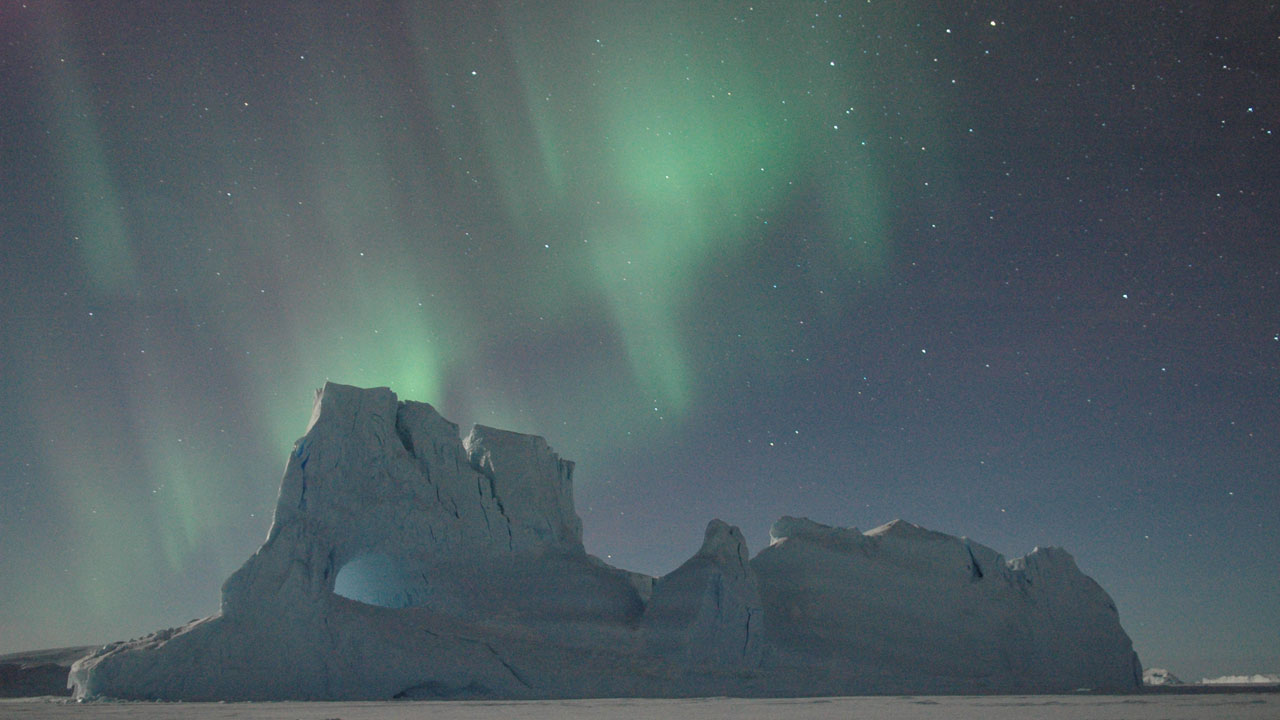 Take a journey to the polar extremes of our planet, where for most of the year the Arctic and Antarctic are locked in ice. As the sun abandons one pole and journeys to the other, these frozen worlds undergo the most extreme seasonal transformation on the planet—from the total darkness and numbing temperatures of the polar winter to the midnight sun of the summer, when the sun never sets.

Following in the footsteps of the great polar explorers, 'Planet Earth' takes high-definition cameras into the most remote wildernesses on the planet. With the help of Royal Navy helicopters on board HMS Endurance, the BBC teams capture, from the air, incredible shots of humpback whales feeding. Simultaneously, a dive team films the whales from under the water, revealing how they create a net of bubbles in which to catch their shrimp-like prey.

At the end of the Antarctic summer, the sun abandons the pole and heads North. The sea around the continent freezes and the ice expands, doubling the size of Antarctica. While all other life flees north, the Emperor penguins are just arriving. For more than nine months, 'Planet Earth' follows these hardy birds as they trek across the sea ice to breed. The high technology time-lapse cameras reveal behaviors new to science, as the colony is transformed into a dynamic, single organism.

When the sun arrives in the Arctic, this frozen ocean encircled by continents begins to change. A male polar bear has spent the winter out on the sea ice, hunting for seals, but now his ice world is literally melting away beneath him. Planet Earth captures unique images from the air of the male bear swimming more than 100 kilometers in search of ice from which to hunt seals. Diving for up to two minutes at a time, he reveals his true marine nature—a bear as at home in water as on land. Finally, driven by hunger, he arrives at an island where a colony of walruses has landed to breed. In desperation, he takes them on and—after a true battle of giants—comes off the worst.

And two years on, 'Planet Earth' catches up with the two cubs that were filmed emerging from their den at the start of the series. Independent from their mother, they are now facing incredible survival challenges as climate change transforms the planet's ice worlds.