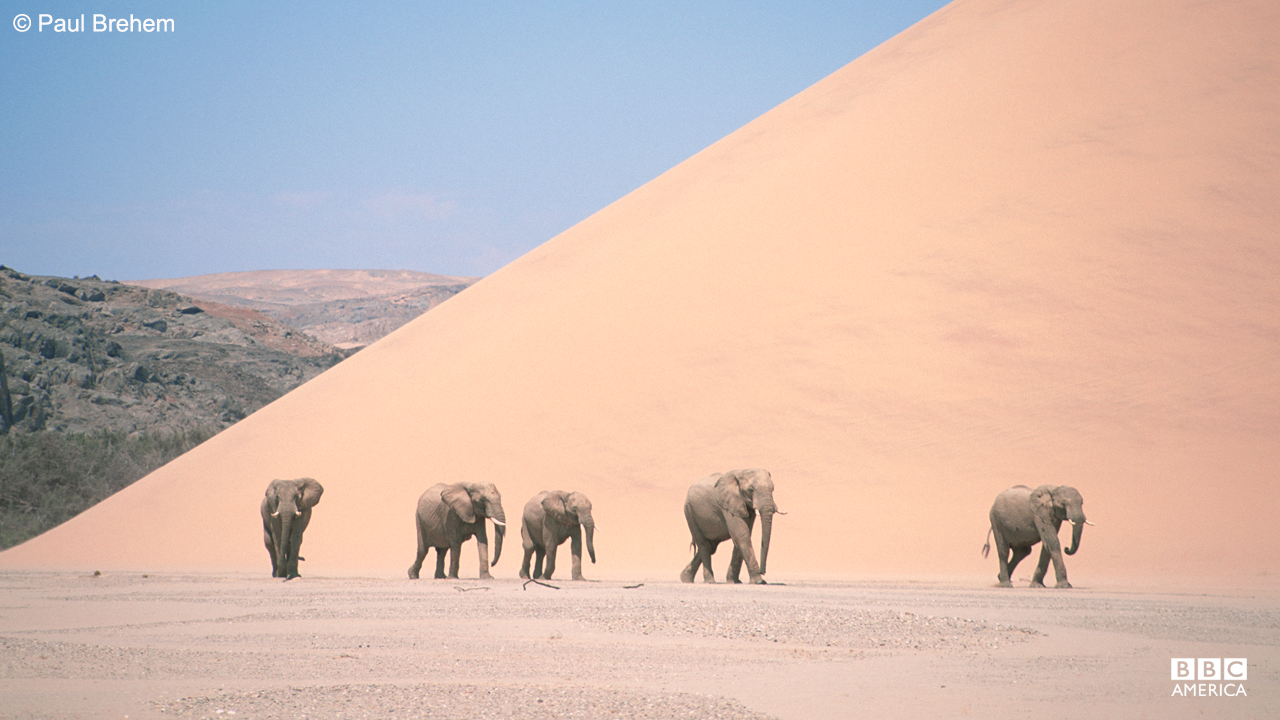 When astronauts peer down on planet Earth, the one environment they all notice are the deserts, which make up a staggering 30% of the land's surface. From space they look empty and lifeless. A closer look reveals a very different picture..

Deserts are united by their lack of rain, yet they are the most varied of our planet's ecosystems. Mongolia's Gobi Desert is home to wild Bactrian camels, one of the rarest mammals on the planet, that survive by eating snow in lieu of water. In the Atacama in Chile, guanacos survive in the driest desert in the world by licking the dew from cactus spines.

Changes are rare in deserts, but they play a crucial part in their story. 'Planet Earth' is remarkable for having captured some of these key moments of change, from Saharan sandstorms nearly a mile high to desert rivers that run for a single day.

In the USA, the brief blooming of Death Valley triggers a plague of desert locusts 65 kilometers wide and 160 kilometers long, two spectacles that might only occur once in 30 years.

The highlight of the program is a unique aerial voyage over the dunes and rocky escarpments of the Namibian deserts. From this aerial perspective, it is possible for the first time to follow some very un-desert-like animals. Elephants embark on a long and desperate trek for food, and most amazingly of all, desert lions are searching the wilderness for wandering bands of oryx.

'Planet Earth' unravels the secrets behind desert survival and — for the first time on such a scale — reveals the ephemeral nature of this dynamic environment.