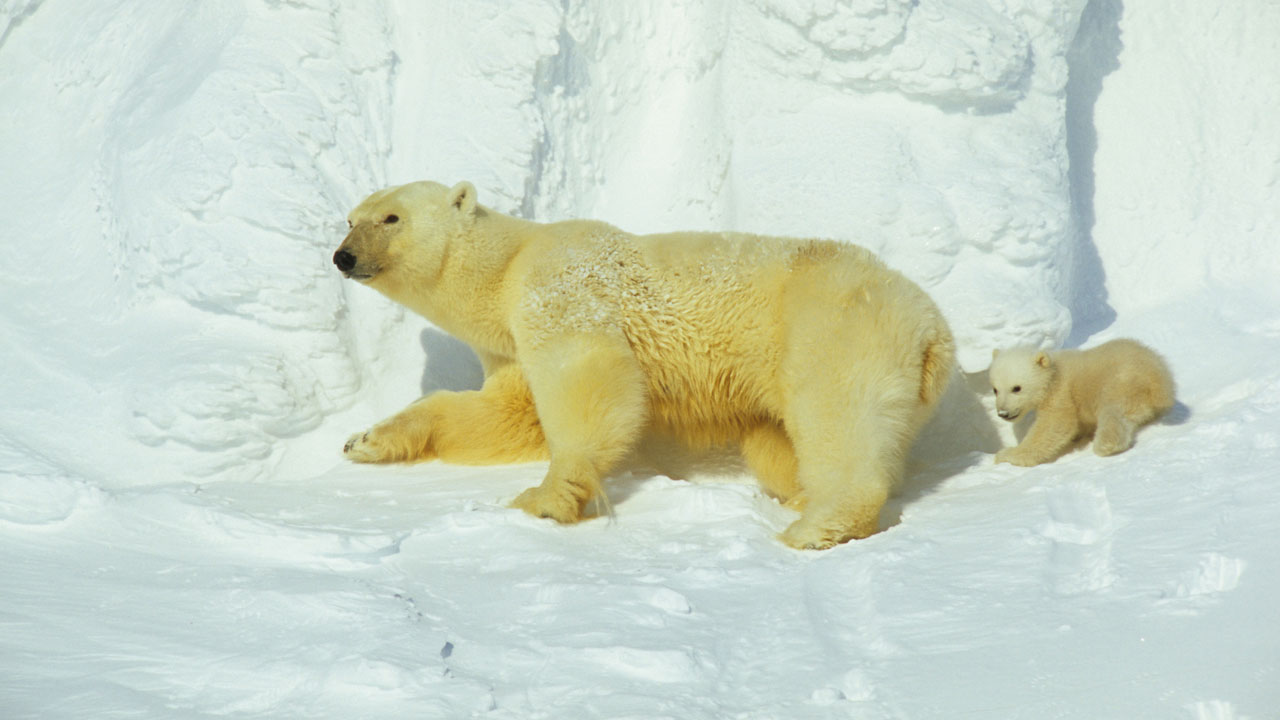 From Pole to Pole

Without freshwater there is no life on the land, while the sun dominates the lives of all animals and plants on Earth and defines their habitats. The most enchanting illustration of the sun's hold on life takes place in the Arctic spring. A mother polar bear emerges from her winter den followed by two tiny cubs. She has just two weeks to prepare them for a perilous journey across the frozen sea before it melts and they become stranded. During this critical period, 'Planet Earth' captures the most intimate and complete picture of polar bear life ever filmed.

The tilt of the earth's orbit to the sun dictates all our lives, creating the seasons which in turn trigger the greatest spectacles on our earth, the mass migration of animals. 'Planet Earth' uses aerial technology to follow a million caribou as they trek across the Arctic wastes, pursued by wolves as they go. In the Kalahari Desert, an epic trek is undertaken by hundreds of elephants as they attempt to reach the Okavango Swamps.

For more than three years, BBC cameras recorded in time-lapse the annual transformation created by the floods. The flood also provides opportunities for hunting dogs which are filmed for the first time from the air as they run down and kill their impala prey.

In the oceans, 'Planet Earth' slows down the leap of a great white shark as it captures a seal. One second of high-octane action is slowed down 40 times to reveal for the first time the power and technique of the oceans’ master predator.