Episode 6: What You Didn’t Know About ‘Certain Agony of the Battlefield’

MEETING BENCHMAN
That park setting where Paul meets Benchman for the first time is right beside the CBC building in downtown Toronto, just off of Front Street. We had to change the flags in the background, they were Ontario and Canadian flags and we needed it to feel like we were in America. Also, we had to get clearance from Toronto Cultural Affairs to use the statue in the background. 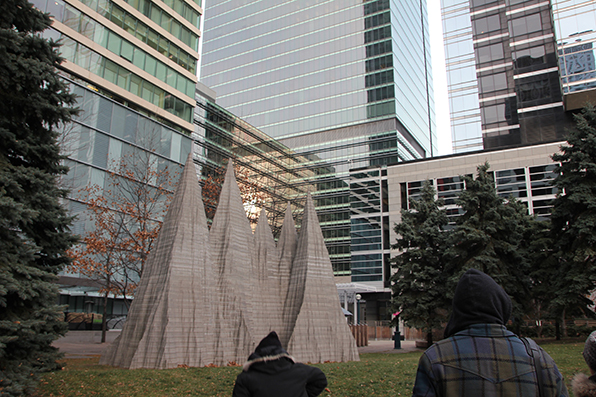 Fun Fact: The actor who plays Benchman was shortlisted in season one for the role of Olivier (Paul’s handler with the tail).

BUBBLES
The exterior location is actually in Brampton, not Markham where almost everything else in Alison’s world is located. It took a lot of searching to find the right storefront—we toured almost every suburb of Toronto that we could.

Interior Bubbles was straight out of our production designer John Dondertman’s imagination—and we loved it! Pink, pink, pink! You can definitely tell where Alison gets her style and craftiness from—her mother.

Also, all of the soap is made out of colored wax because we can’t have strong scents on set. Our art department had to make all of the products themselves. Most of the jars and canisters are empty! Another fun fact: Executive Producer and Co-Creator John Fawcett’s young daughter came to work one day and helped sticker all of the pink jars you see on the shelves. 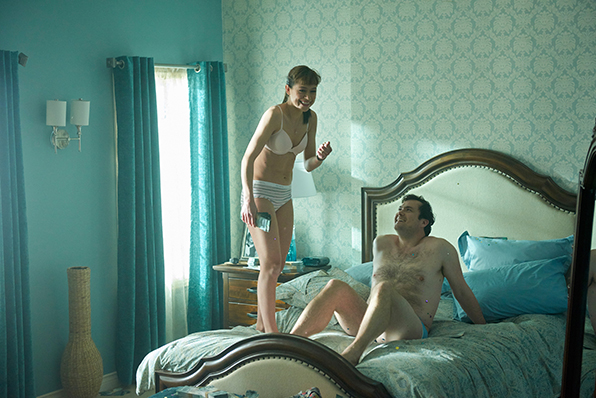 TWERKING
We came up with the idea to do the twerking scene on set during the filming of Episode 302. We were shooting with Ramone outside the soccer field and Tatiana and Kristian broke into a dance party. Instantly we knew the Hendrixes had to twerk this season.

When researching songs for this scene we looked at everything from Ol’ Dirty Bastard to Lil’ Wayne, finally landing on Riff Raff. Helen Shaver and the writers watched about thirty different rap videos as inspiration, and Helen took that style of shooting and applied it to this scene.

Most of it was improvised. Tatiana and Kristian are both great dancers, and Helen just let them go with only a little bit of blocking.

There was never any consideration of boxers for this scene. Donnie wears his tightie whities and that’s that. Although this time they’re blue, not white.

HELEN SHAVER, THE DIRECTOR
Before Helen was a director she was a well-known actress. It was none other than Martin Scorsese who first suggest that Helen get into directing. If you want to see some of her other work she suggests Episodes 305/306 of Vikings or Summer’s End, her movie for Showtime Starring James Earl Jones; it won an Emmy for Outstanding Children’s Special. Helen also thinks this episode of Orphan Black is one of her best pieces of work. And we agree!

SCORPION
The scorpion that Helena eats was made out of chocolate! And that whole scene was shot inside our studios on blue screen and sand.

THE TUNNEL
The tunnel through which Sarah escapes (and in which Helena finds her) was built on our set. In order to maximize space, it was designed so that you could go both ways through it and feel like it was twice as long