Episode 2: What You Didn’t Know About “Transitory Sacrifices of Crisis”

CAL’S NEW PLACE
Cal’s loft—interior and exterior—is one location. It is located in Corktown, an area of Toronto located around River Street and Queen Street East. It isn’t far from our studios and close to the police precinct from Seasons 1 and 3. The loft is quite unusual and very unique. For a country guy this is the best city living he/we could find that matched his personality. 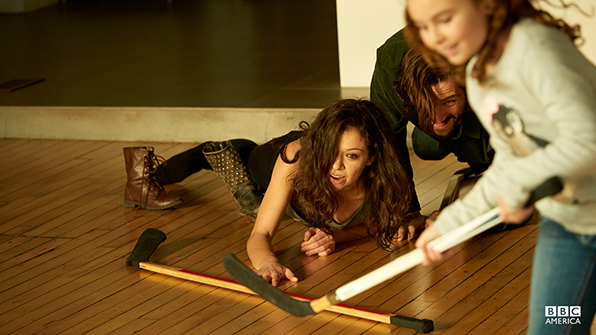 FAMILY HOCKEY TIME
Aubrey Nealon, the co-writer on this episode, loves hockey. He and Graeme are Vancouver boys at heart and love the Canucks, so having Sarah, Cal, and Kira play hockey was something they campaigned for. Production wanted them to play soccer because they could use a softer ball, but the writers fought for it.

CAL, CAL, CAL
Cal (Michiel Husiman) was only available for limited time this season—due to his Game of Thrones schedule—so we had to parse all of his scenes from Episodes 301 and 302 and shoot them in the same block during the shoot for Episode 301.

ALLEYWAY ART
The police station exterior is on King Street East in Corktown, Toronto. The graffiti was actually a lucky addition to the set this season, and we did not paint it ourselves. When we went to scout the location before shooting, there were artists painting the bridge, and that inspired John Fawcett to have extras doing the same thing when we shot there.

CASTOR TATTOOS
The Castor Tattoo was designed by our art department – the design was specifically designed by John Dondertman and Joelle Craven, with Joelle doing the illustrations. The Hive knew it needed to be two horses, but the rest was inspired by old Navy SEAL and general military tattoos. We went through about 30 different designs before we settled on the current one. 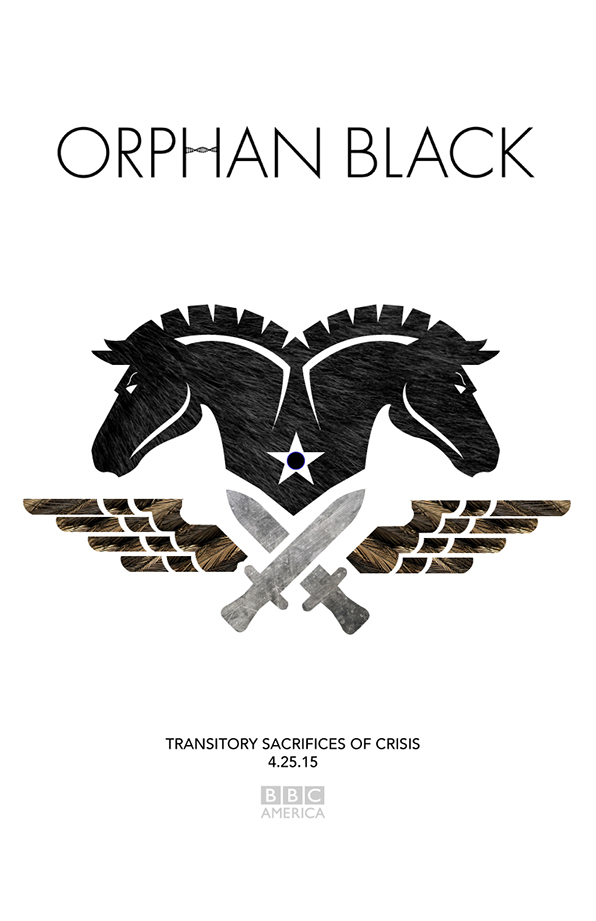 Mark burning off his tattoo was a multi-step process. On the day, there was a fake blowtorch and Ari’s acting, as well as a fake arm with the tattoo made out of silicon. Sadly the plastic material didn’t burn like skin does. So, in post-production is where the magic happened. Intelligent Creatures—our VFX company—actually took pig skin, stretched it out, applied makeup and the tattoo and then burned it. Apparently pig’s skin is the closest to human for burning and cutting. Then that was layered on top of the close-ups of Ari’s arm. And the results… perfectly disgusting!

NICK ABRAHAM/CLONE DOUBLE
Ari’s acting double is an actor named Nick Abraham. He is a Toronto local and was Ari’s friend before we hired him. We held auditions for the job and it turned out that Ari’s gut instinct to hire Nick was right! He actually had long shoulder length hair when he was hired, but had to cut it off and get a very short military haircut for the job. He was fundamental in helping Ari capture the characters, and—like Kathryn Alexandre—he is an integral part of the OB production team and a great physical actor.

THE STEAM BATH SET
The set where Rudy kills his brother Seth was a new build that we created in our studios. It is a set that John Fawcett has wanted to build since Season 1—the front entrance to the loft. John always imagined that Felix’s apartment was above a steam bath and so we built it as such. In the background of the big climactic scene of this episode you can see “Steam Bath” signs, as well as where the door to the bathhouse is. It’s not exactly what John dreamed of—a space where you walk through the actual steam bath to get into Felix’s apartment—but it’s pretty close!

THE CASTOR TEST
The Castor Voight-Kamff test is definitely an homage to Blade Runner, and so are a lot of things about Castor in general. John and Graeme both wanted to capture that ticking clock lifespan that the replicants have in that film and apply it to our clones.

RENDITION CAMP
This is the first time you really get to see inside and around the rendition camp where Helena is being held. This is actually an interior set that we built in our studios. You can drive trucks in and out, move from building to building, all while feeling like you are in the middle of the desert. It was pretty amazing and definitely the biggest set we have built to date. Luckily our Director of Photography Aaron Morton had a lot of experience on Spartacus filming interior for exterior, so lighting and building this set was a lot easier with his insights and experiences to rely on.

NEW FELIX PAINTINGS
Did you see the new Felix paintings? In previous seasons we had rented work from a Canadian artist. This season we decided to freshen up his art and had an artist in our art department paint a bunch of new paintings. We love them and will be using them for seasons to come.

Here is an example of one of the new paintings. CLICK ON FELIX’S ABS TO SEE MORE. 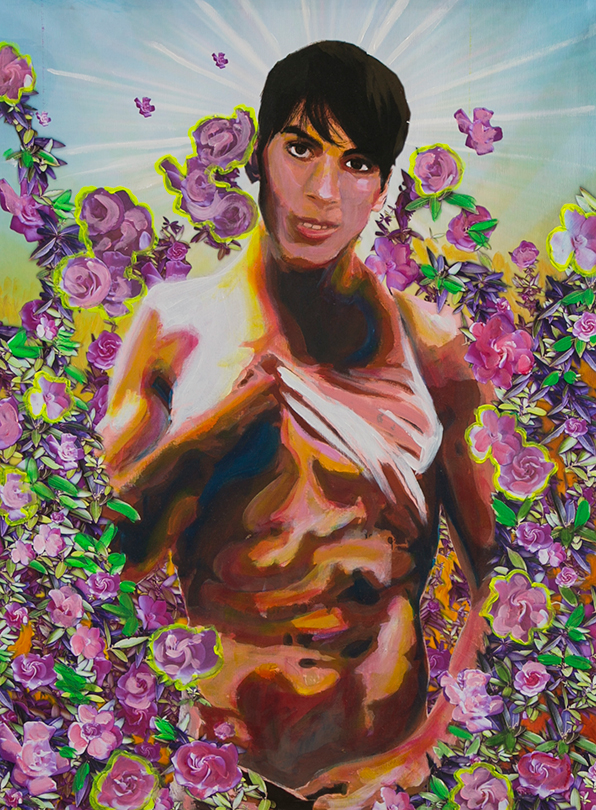