Episode 10: What You Didn’t Know About ‘History Yet to Be Written’

ICELAND
Half of this scene was shot on Cherry Beach here in Toronto (same location that Sarah and Mrs. S had their first heart-to-heart in Season 1). We specifically filmed the wide shots of Sarah and Kira, the dream sequence from the opening with Charlotte and Kira, and the shots with the snowmobiles at this location. However, the Sarah and Kira hug on the ground, the last image of the season, was shot in our studios on a white cloth. We then had our VFX team add in snow texture and very faint snow angels to make the studio shot look real. If you look closely, one snow angel only has one leg—Graeme was adamant that we tie this image to Rachel’s dream from the opening. Finally, all of the pieces were stitched together and made to look like Iceland by our VFX team. 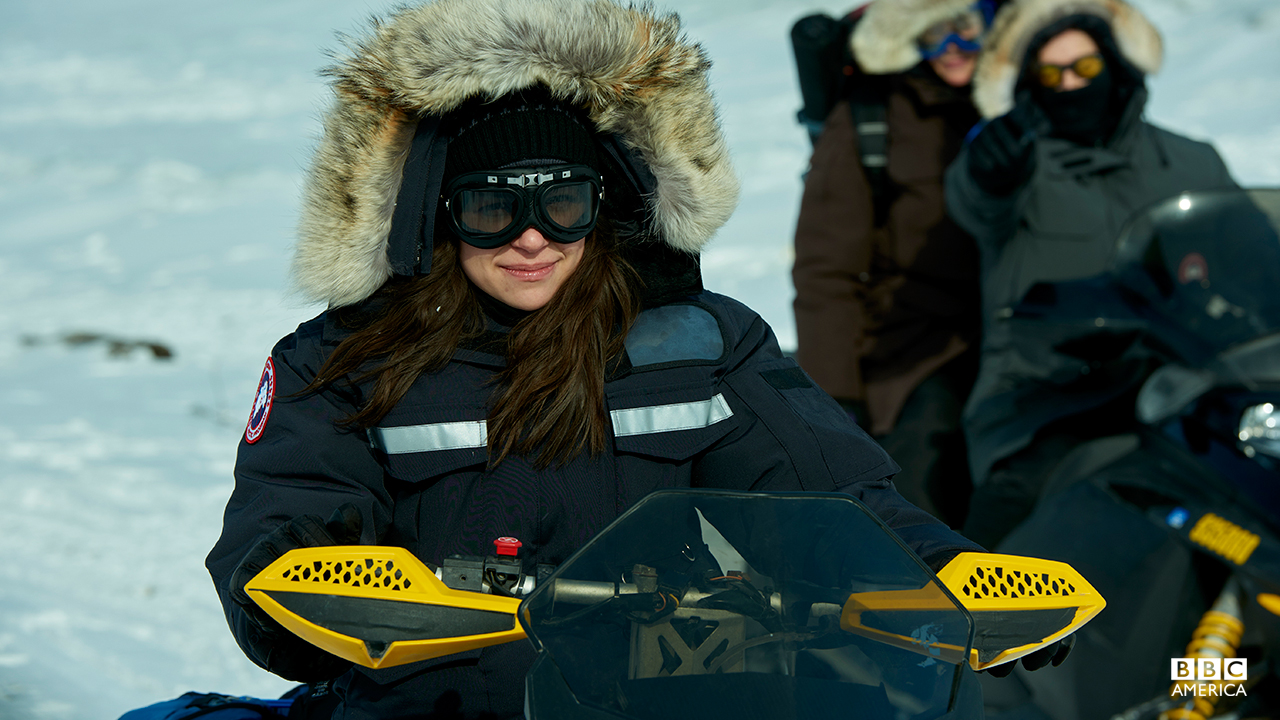 FUN FACT: Tatiana already knew how to ride a snowmobile from growing up in Regina, Saskatchewan.

RUDY’S DEMISE
This fight sequence was a lot bigger in scale when first imagined, but as the script went through different stages, is was refined to be a simpler, more impactful moment between Rudy and Helena. However, Graeme and John wanted to keep the prison fight element in the beginning of the scene, especially since this was a face-off between Leda and Castor’s most violent clones.

FUN FACT: The duct-tape kick was not scripted; John Fawcett and Randy Butcher choreographed it on-set in rehearsals.

FUN FACT: Ari Millen did not do the fall in this scene himself—it was his stunt double who landed on a mat that we took out with VFX.

JESSE’S TOWING
Patrick J. Adams, who plays Jesse, was cast in Season 2 when we saw a tweet from him asking to be on the show—he was a fan first! Getting him to come back this season ended up being easier than using him in Season 2 because Suits was wrapped for the year, so he just had to fly in from L.A. to be on the set for one day. 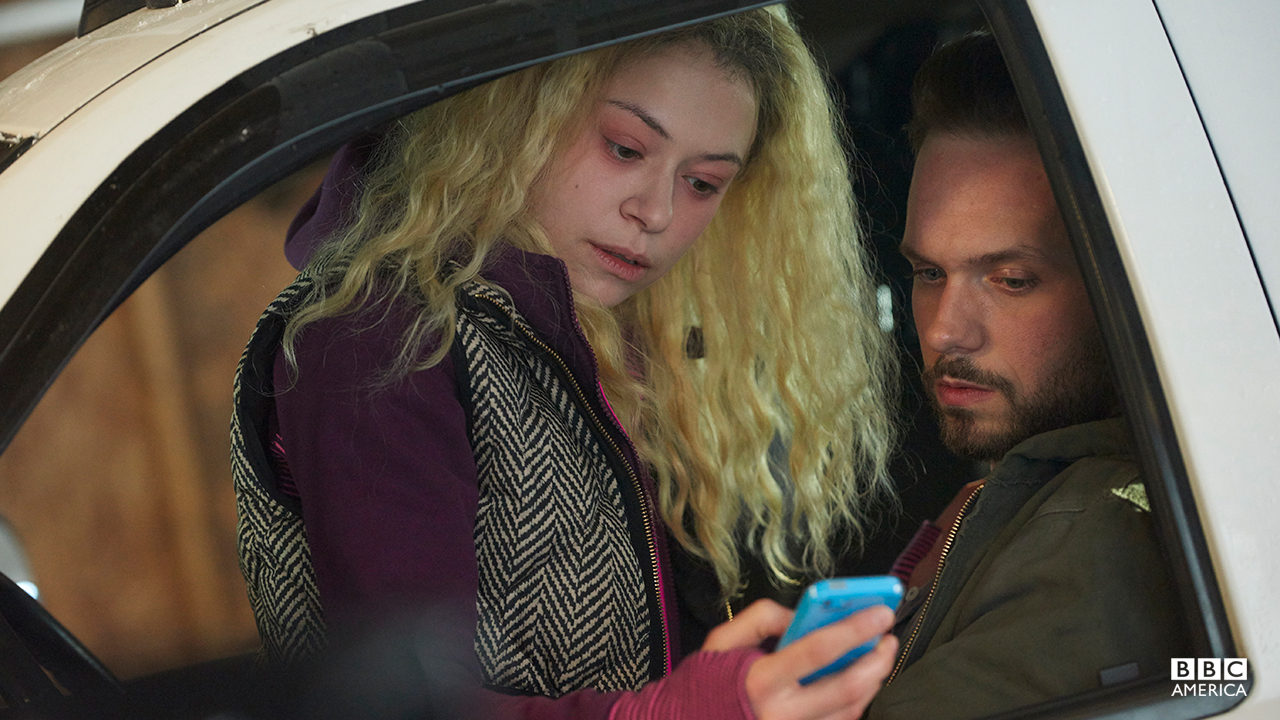 FUN FACT: Jesse’s towing hats were part of the Season 3 crew gifts. So now everyone on set wears them.

CLEAN ROOM
This abandoned warehouse with the clean room is actually a beautiful gym that was completely transformed into a deserted building by our amazing art department.

OUR LAST SUPPER
This dinner scene took two days to film, plus a handful of hours to rehearse. By the end of each day, the prime rib dinners were hard as a rock. On day two of filming, Tatiana was playing Helena, and as the night progressed, everyone was getting tired (it was a night shoot) and Tatiana had consumed a lot of sugar during the multiple takes of this scene. She and the whole cast and crew ended up laughing to the point of crying near the end and nobody could keep a straight face. To this day, it is one of our best blooper-reel moments.

BASEBALL BAT
In order to film the baseball bat hit that Ferdinand uses to kill Bulldog we had to create a prop bat that was only half of a normal bat. That way he could look like he was hitting as hard as possible, but not actually making any contact. Our VFX team extended the bat in post-production to achieve this scary moment.

FUN FACT: We use a lot of half-props on the show that our VFX team extends and fills out in post. Some examples are: Rachel and the pencil, Mrs. S and the carving utensils, Helena and the screwdriver, Seth and the ballpoint pen.

ELECTION TIME
Did you catch Entertainment Weekly’s Dalton Ross shaking hands with Alison after she cast her ballot? Dalton is a huge fan of the show. This year, we were determined to get him on-set for a cameo, and what could be more perfect than sticking him into Alison’s world?! 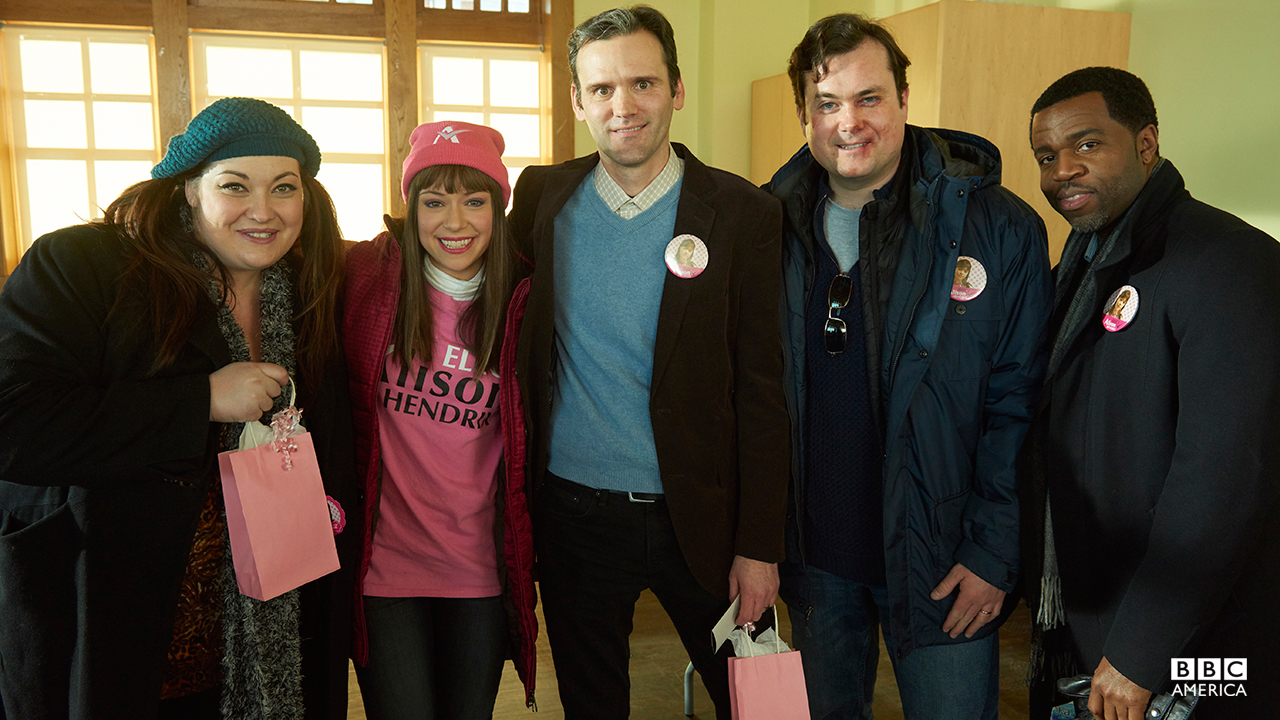 FUN FACT: When the bus is driving around and pulls up to the back of the Hendrixes house, there isn’t anyone inside it other than the photo double of Alison and a driver.

And that’s a wrap on Season 3! See ya for Season 4, right here on BBCAmerica.com.