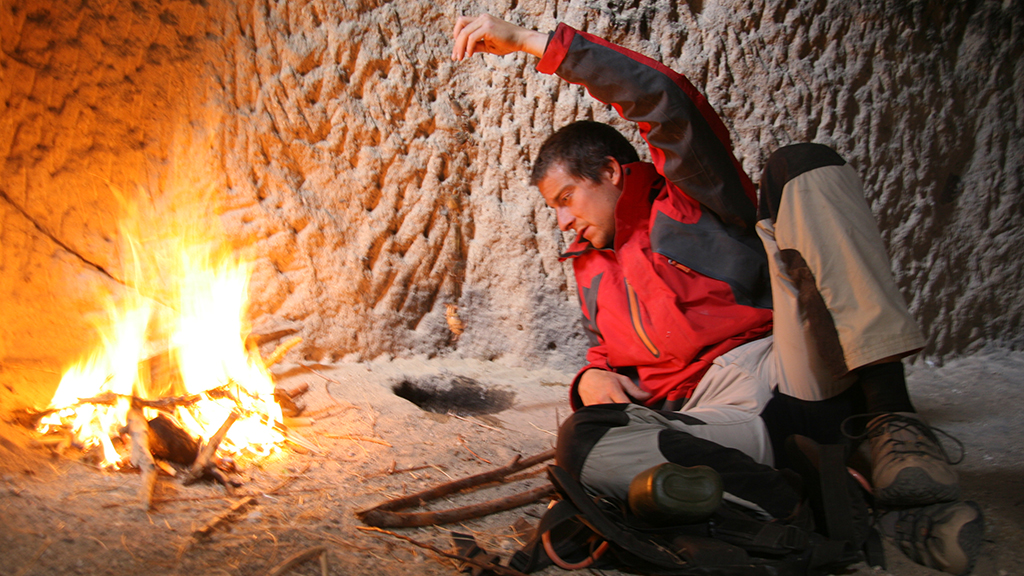 Bear Grylls takes on the Anatolian plateau in Turkey, parachuting into a cold mountain lake. He improvises a raft out of his parachute and battles white water rapids until he's confronted by a massive 120ft waterfall. Using a home made wood and rope ladder, step by step Bear lowers himself down a sheer 100 foot rock face; when the ladder runs out he's forced to jump. Bear ventures onto the Steppe... it's hot here and there are little signs of life. Bear confronts poisonous snakes and eats a deadly Death Stalker scorpion.