David Tennant was hooked from the first time he read an episode of Broadchurch and knew he wanted to play DI Alec Hardy, a big fish in a Dorset backwater in the eight-part drama. 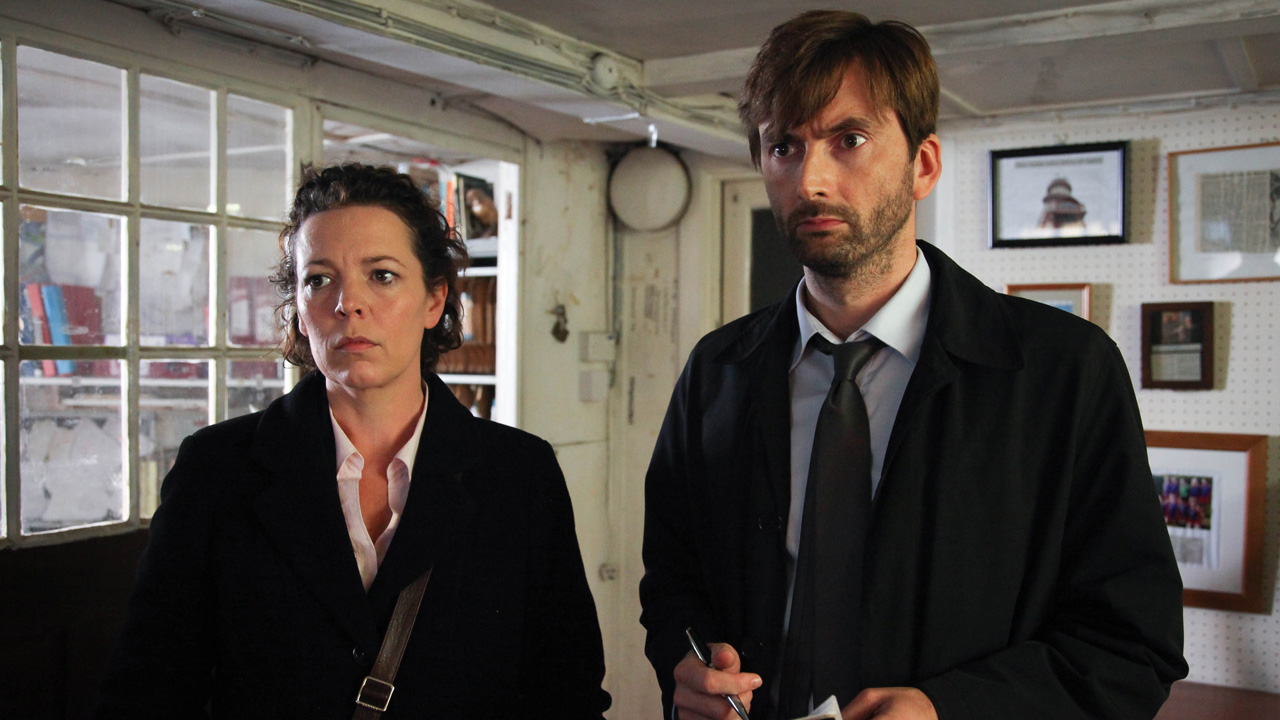 Tennant: “He is a cop from a big city – presumably Glasgow – who for reasons that become evident as we go through the story, has been moved to a small out of the way police force where hopefully he can go under the radar. Events transpire fairly early on in the story which mean this isn’t the case and very soon the national spotlight will be shone on him. He is not without some secrets and troubles which is why he has ended up in this little Dorset town.”

“Hardy is good at what he does and he’s very motivated and driven to solve this crime, and we come to understand that is more than just a professional drive as the story unfolds. He is not the most sociable chap; he doesn’t have myriad social skills so he is someone who expects things to be done a certain way and can’t quite understand why other people don’t always meet his exacting standards. He lacks people skills – that’s his main problem.”

During the investigation Hardy has to work alongside local DS Ellie Miller (Olivia Colman) which isn’t always an easy alliance.

Tennant: “He and Ellie are not particularly similar as people and I think Hardy initially has a sort of big city disregard for small town police practices and imagines that they really don’t know what they are doing. He thinks he has to whip them into shape single-handed as he continues to be exasperated with the way things are run in Broadchurch. They come from very different places, and circumstance has thrust them together and the way the plot develops by default they end up working much more closely than they imagined they would be able to at first.” 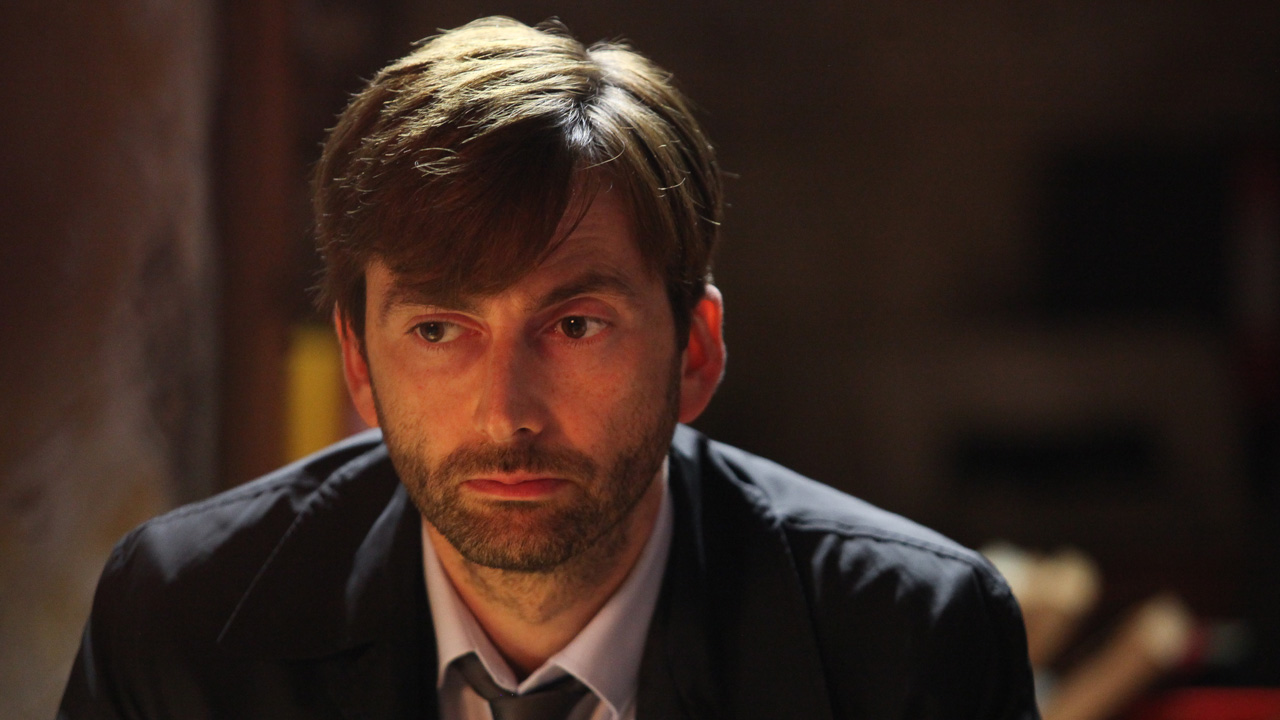 What initially drew David to the role?

Tennant: “I have worked with writer Chris Chibnall before and I am a big fan of him both personally and professionally. And I was always keen to work with director James Strong again so when the scripts arrived with their names attached it was already something I would be inclined to be involved with. Olivia was already signed when I first heard about it which was another great appeal to me. I had two scripts to look at with the knowledge that subsequent scripts would be appearing throughout the process and we wouldn’t get final scripts until months into the shoot – which is a gamble.”

“But the fact I read it from cover to cover in one pass and was left at the end of the first episode desperately wanting to know what happens next was telling. That initial response is always worth noting; the first time you read the script is the closest you will be able to watch it as a viewer. If it grabs you and you want to know more, and if you’re intrigued by the characters in that first moment, that’s always something to be pursued.”

And the parallel between actors and viewers didn’t stop there as the story unfolded before the cast on set.

Tennant: “If you are playing someone who is investigating a crime and the crime is actually unfolding as you go from an acting point of view, that’s very helpful as you can’t second guess. When you’re making those initial interviews with the characters and you genuinely don’t know what the truth is, you can’t load those scenes with ‘actorly’ tricks; you have to play it for what it is which can only make it more real. You can be as exasperated about the mystery of the characters as the audience will be.”

How do you approach a drama with such sensitive subject matter? How realistic should it be?

Tennant: “I think you have to be very careful. The truth is it’s a drama of course, so for us to compare it to any real life event just looks opportunistic and in rather poor taste. Obviously it reflects the world and human experiences – that’s what drama does. I hope it does that truthfully and effectively. As we are hoping to intrigue and entertain I don’t think we are making an effort to present any documentary style show in what it’s like or to make too many references to what people have seen in the news. That makes us a hostage to fortune.”

“But as an actor our job is to always empathize and think yourself into that emotional situation, whatever that may be. The script has great humanity in it and I think Chris Chibnall shows great understanding of the human condition in all the different characters and the ways it impacts on the community.”