Editor’s Note: We culled your questions from Facebook and Twitter for this week’s Q&A with an Orphan Black crew member. This week it's David Frazee, Director and Director of Photography for Episode 8, “The Antisocialism of Sex."

1. Kayla M. via Facebook: First, I just wanted to say that you did an amazing job on last nights episode! It was so emotional!

David Frazee: Yes, one of my favourites. Sarah's journey through it is just amazing. The balance that Tat brings, the way she measures her performances, astounds me. The almost out-of-control alcohol/drug thing is so hard to do well. Albert Finney in Under The Volcano is the only other performance I can remember that gets it so right. And then when Beth shows up, wow. We talked about bringing some of Sarah into Beth — it being Sarah's vision — and I was thinking some of Sarah's irreverence. But Tat brings in something surprising — her sadness. Tears start flowing. It was just so right, such a smart choice. She makes a lot of smart choices. Pretty fun to watch her work. She comes in so well-prepared and really is a talent. I know – master of the obvious, right? But I have to say I've never worked with anyone like her.

I was watching 'After The Black' last night and Jordan Gavaris said that there was actually a much longer scene of him talking Sarah down from the ledge. What made you decide to make it shorter?

DF: Just the way the rhythm of the episode seems to work best. 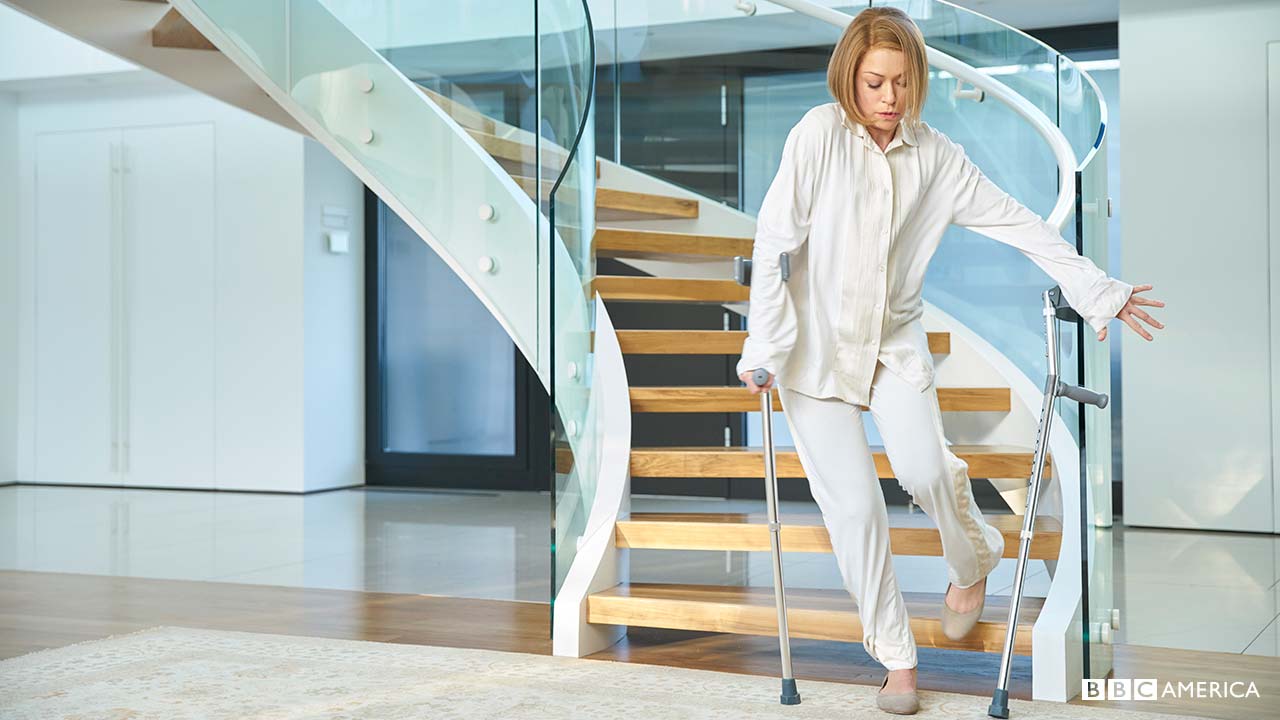 2. Titeres Mas T. via Facebook: The stairway in the Dr. Moreau house (not the straight one) from a point of view looks like a DNA chain. It was designed to look like that?

DF: That is such a wonderful observation. We were all attracted to the stairs from the first time we saw the location and perhaps that was why.

3. @neirbo_ via Twitter: do you have different ways you like to go about directing Tatiana according to which clone's skin she's in? #OrphanBlack

DF: Yes. The characters are so different and Tat tends to stay in character. John once mentioned some years ago that he found Helena "un-directable," which made me laugh.

4. @hypodermicmars via Twitter: David, how was [it] to shoot, in terms of emotion, the last meeting between Sarah and Beth?

DF: I was excited/scared heading into it because it was such an important emotional scene and not so easy to shoot: nighttime, winter, middle of a bridge, and so on. But then you see the performances that Tatiana brings... so loved it. 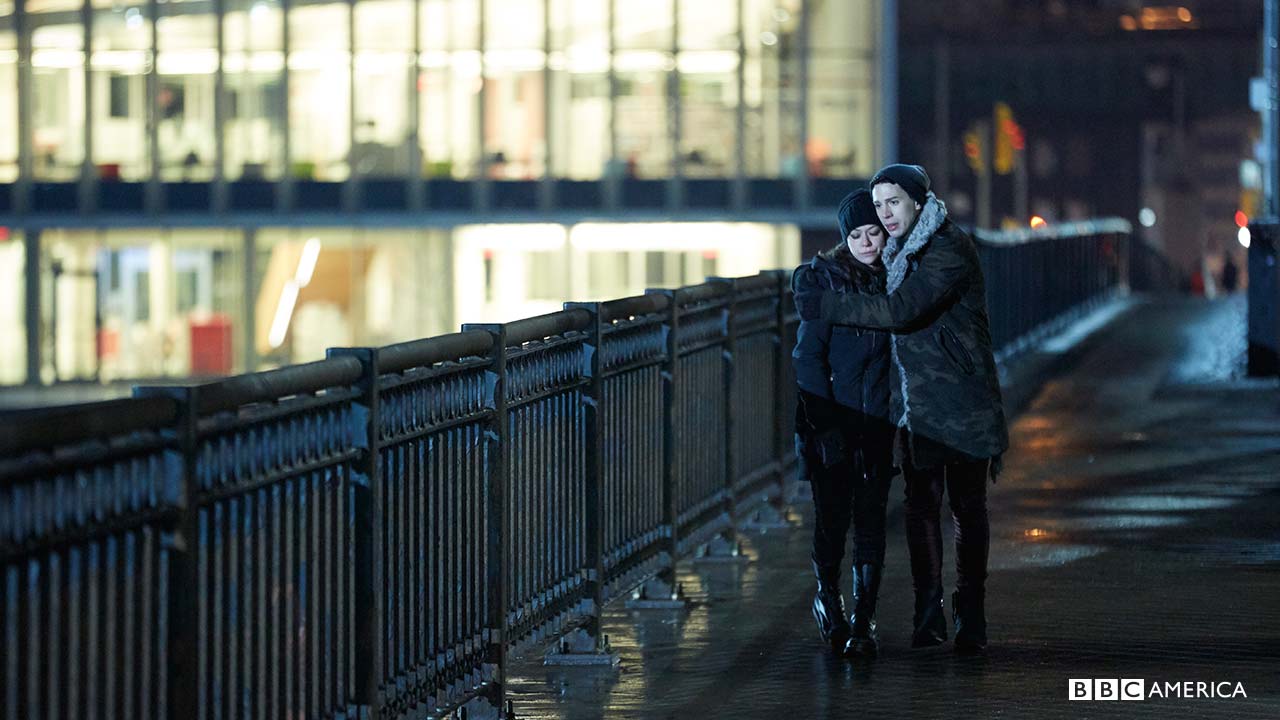 5. @Jennwatson1 via Twitter: This episode seemed more cinematic in editing and shot selection, especially scenes with Rachel. Was that a conscious choice?

DF: Absolutely. Really wanted to contrast Sarah's and Rachel's stories. Used more handheld with Sarah as well to help contrast with the cinema of Rachel's scenes. Cool that you noticed that.

DF: God the bridge was hard. Busy street, middle of the bridge, cold, night, weather changes, clone change (takes some time), plate shots to be able to have the train at the time we want it. And very emotional, important scenes. But I find most hard things are so worthwhile.

DF: Tons of moments. Especially with Helena and Alison. She brings so much in and often you will only see an improv in one take.

6. @sapurs06via Twitter: Were club scenes filmed per script or was it more generally written (wild child Sarah, Peaches performs) &up for interpretation

DF: That was pretty close to the script, though the scene outside had a bit more improv I think. 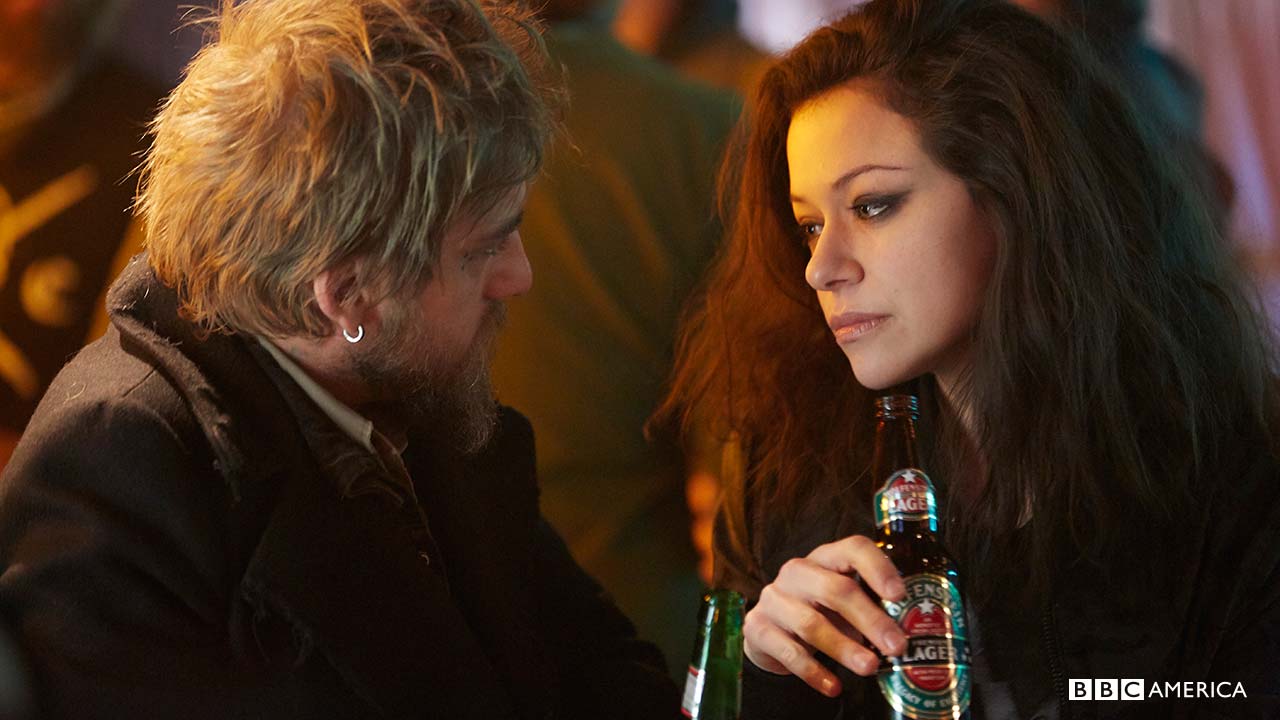 7. ‏@Piantissimo via Twitter: Do you enjoy directing emotionally intensive scenes the most? What types of scenes do you search for to direct?

DF: For me, the emotionally complicated scenes are the ones I love but also the ones which surprise me that have a turn and go where you might not expect them. Shooting action is more like work.

8. ‏@RyanMJames via Twitter: Do you film Tatiana as a certain clone weekly or do you film in chunks for the entire season? i.e. she's one clone and moves on

DF: We shoot all the clones for each episode and try to have as few clones per day as the schedule will allow.

9. @frenchyfaith via Twitter: Was it difficult to direct scenes (and a crowd) with Peaches performing?

DF: Peaches was fantastic to work with. Working with a crowd is always busy but that day worked well.

10. @DSHMurdoch via Twitter: How different is what we see on screen from the original first draft of the script?

DF: It varies quite a lot. From the first draft we often see five to 10 new "colors" or drafts of a script, and often they come during shooting. Mostly it's dialogue, and often things will change due to location availability. In this episode, Sarah had originally gone to the train station where Beth died. Unfortunately, that [station] was unavailable, so we had to make it on the way to the train station, which in the end, was a cool place for that to happen.