Welcome to the latest Pop Culture Pulse, Anglophenia's roundup of the top pop culture happenings of the month. Whether you're into unique movies or gripping true-crime series, there's definitely something here to pique your interest.

1. A LAST HURRAH FOR AN ICONIC SERIES 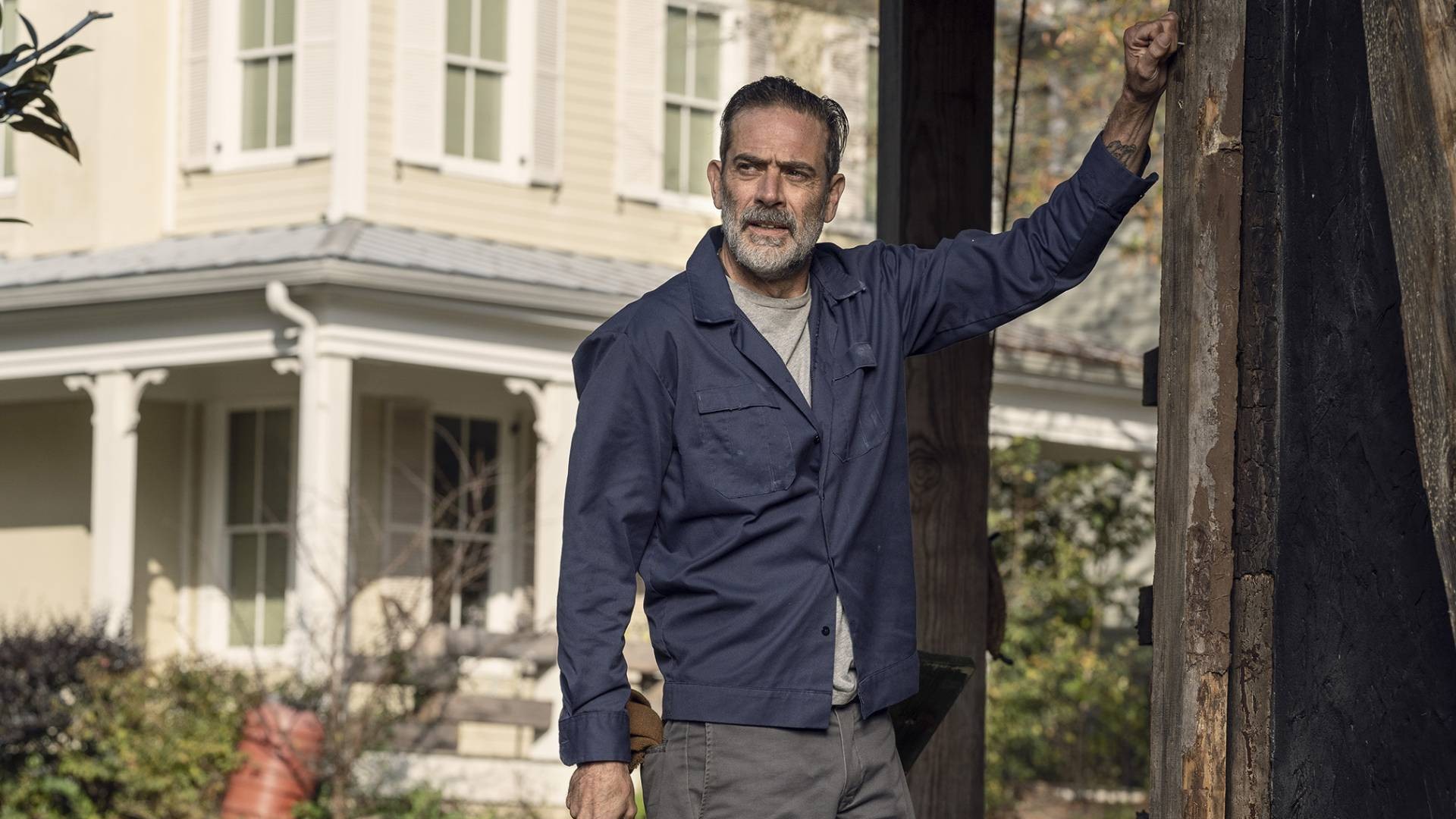 First, the sad news: after more than a decade, this is the last ever season of The Walking Dead. Now, the slightly less sad news: it's being split into three blocks of eight episodes, so you won't have to bid farewell to Daryl (Norman Reedus), Negan (Jeffrey Dean Morgan), Carol (Melissa McBride), and the gang until some time in 2022. As ever, be sure to tune into Talking Dead after each episode airs on AMC for a detailed dissection of the latest survivor shenanigans.

The Walking Dead premieres Sunday, August 22 at 9pm ET on AMC. The new season will premiere on AMC+ a week earlier on August 15.

2. AN ANTI-ROM-COM FROM A DOCTOR WHO FAVE 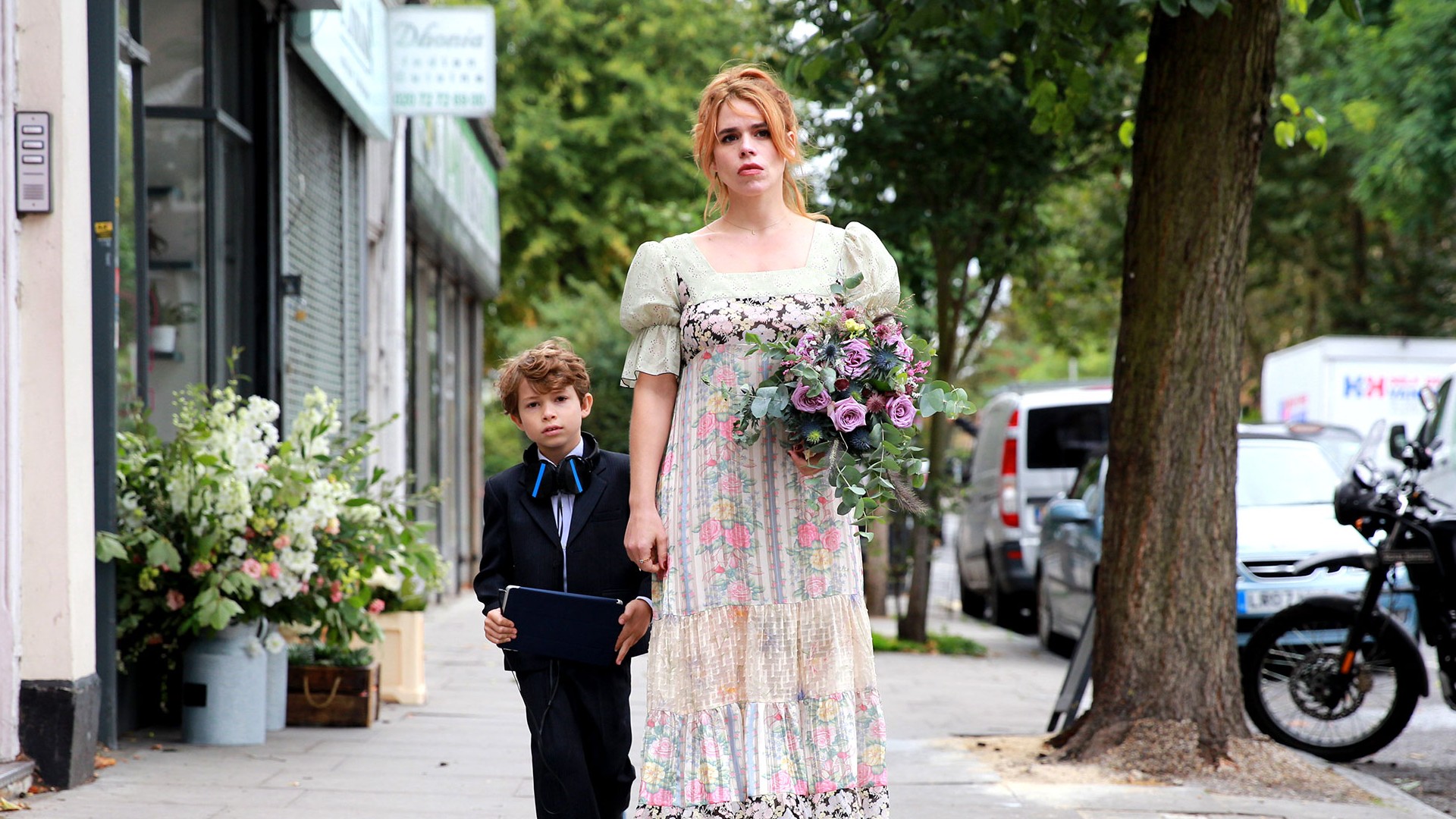 Billie Piper writes, directs, and stars in this idiosyncratic-looking Britflick – Rose Tyler really is winning the game these days. Here Piper plays Mandy, a career-driven lone parent who finds herself drawn to the alarmingly traditional and perhaps rather chauvinist Pete (Leo Bill) despite their fairly disastrous date. If you've seen Piper's recent HBO Max series I Hate Suzie, you'll know she isn't afraid to visit some dark and awkward places in pursuit of humor that really rings true.

3. A COMIC BOOK MOVIE THAT DOESN'T TAKE ITSELF SERIOUSLY 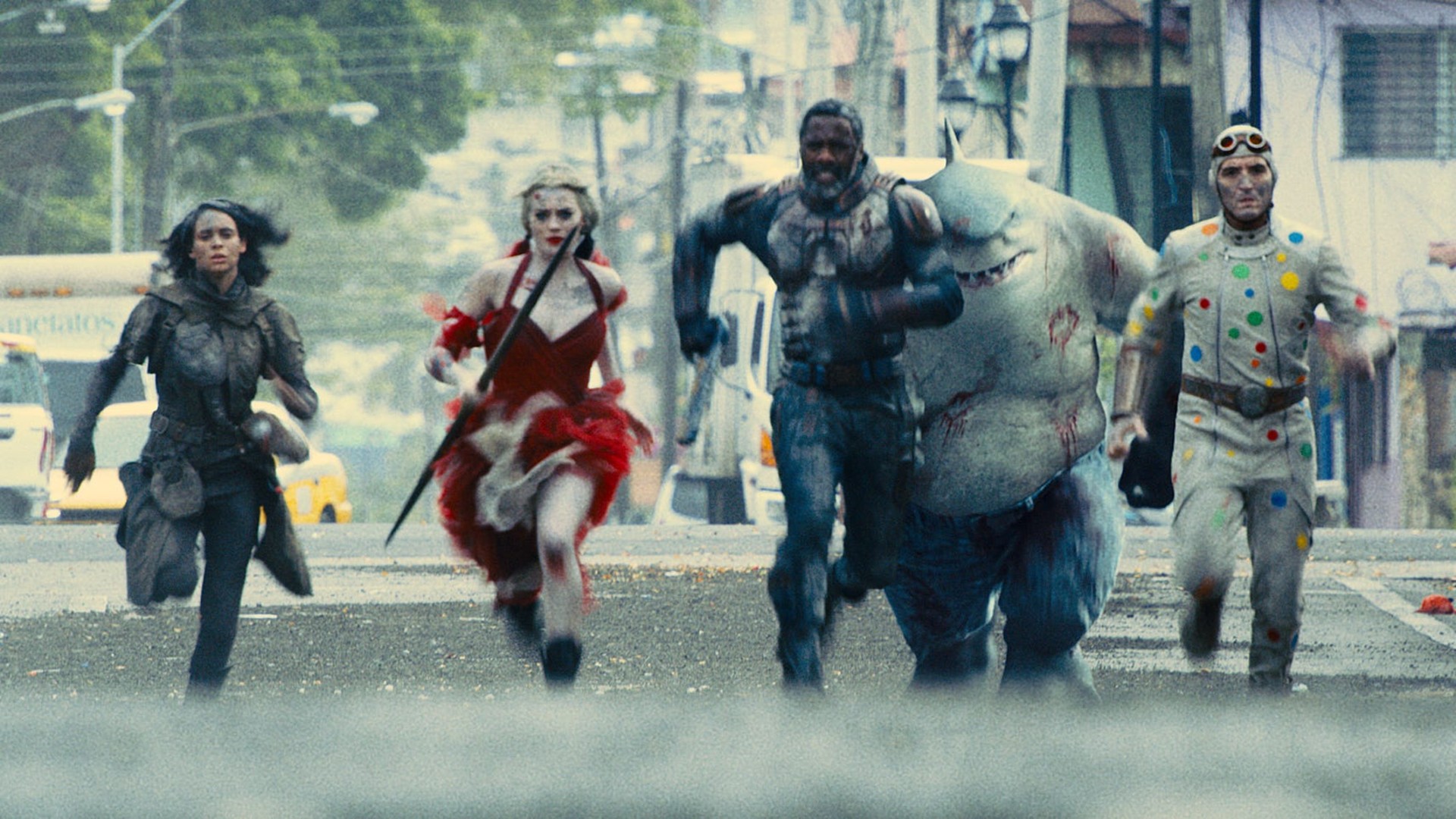 What difference does a three-letter word make? Well, if early reviews are anything to go by, The Suicide Squad is a marked improvement on 2016's Suicide Squad, the first cinematic outing for DC's supervillain task force. Guardians of the Galaxy director James Gunn has kept the best baddies from the first film – including Margot Robbie's Harley Quinn – and drafted in the mighty Idris Elba as a taciturn mercenary called Bloodsport. Expect a very grown-up blend of thrills, spills, and lols.

4. A BIOPIC OF A TRUE MUSICAL LEGEND 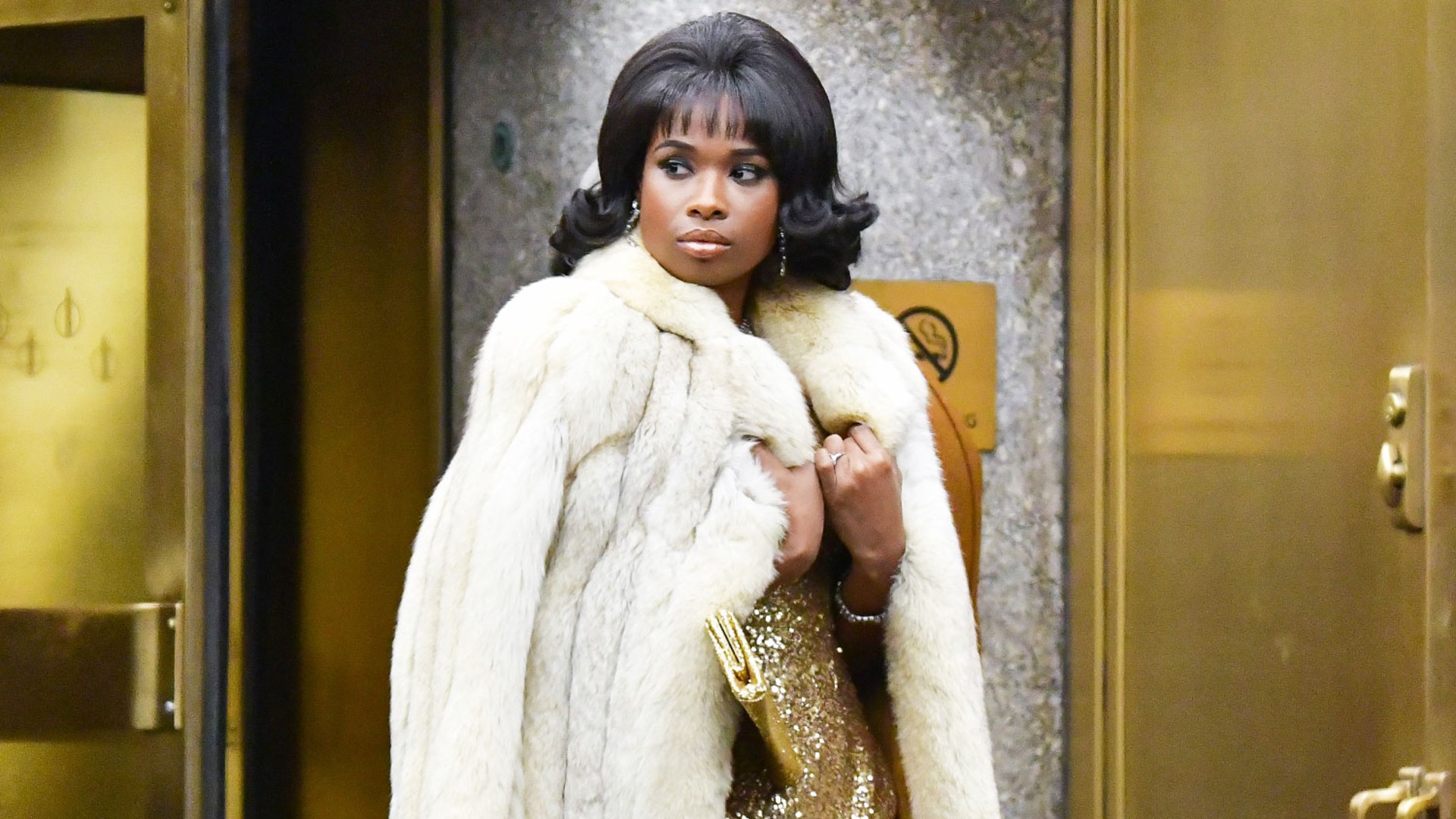 Cynthia Erivo recently earned an Emmy nomination for portraying the late, great Aretha Franklin in Genius; now Jennifer Hudson depicts the Queen of Soul on the big screen. If you've seen Dreamgirls, you'll know that Hudson has the pipes and the acting chops to shine as brightly as this iconic role surely requires. And it probably helps that she's flanked by a fine supporting cast that includes Audra McDonald, Forest Whitaker, Mary J.Blige, Titus Burgess, and Tate Donovan. 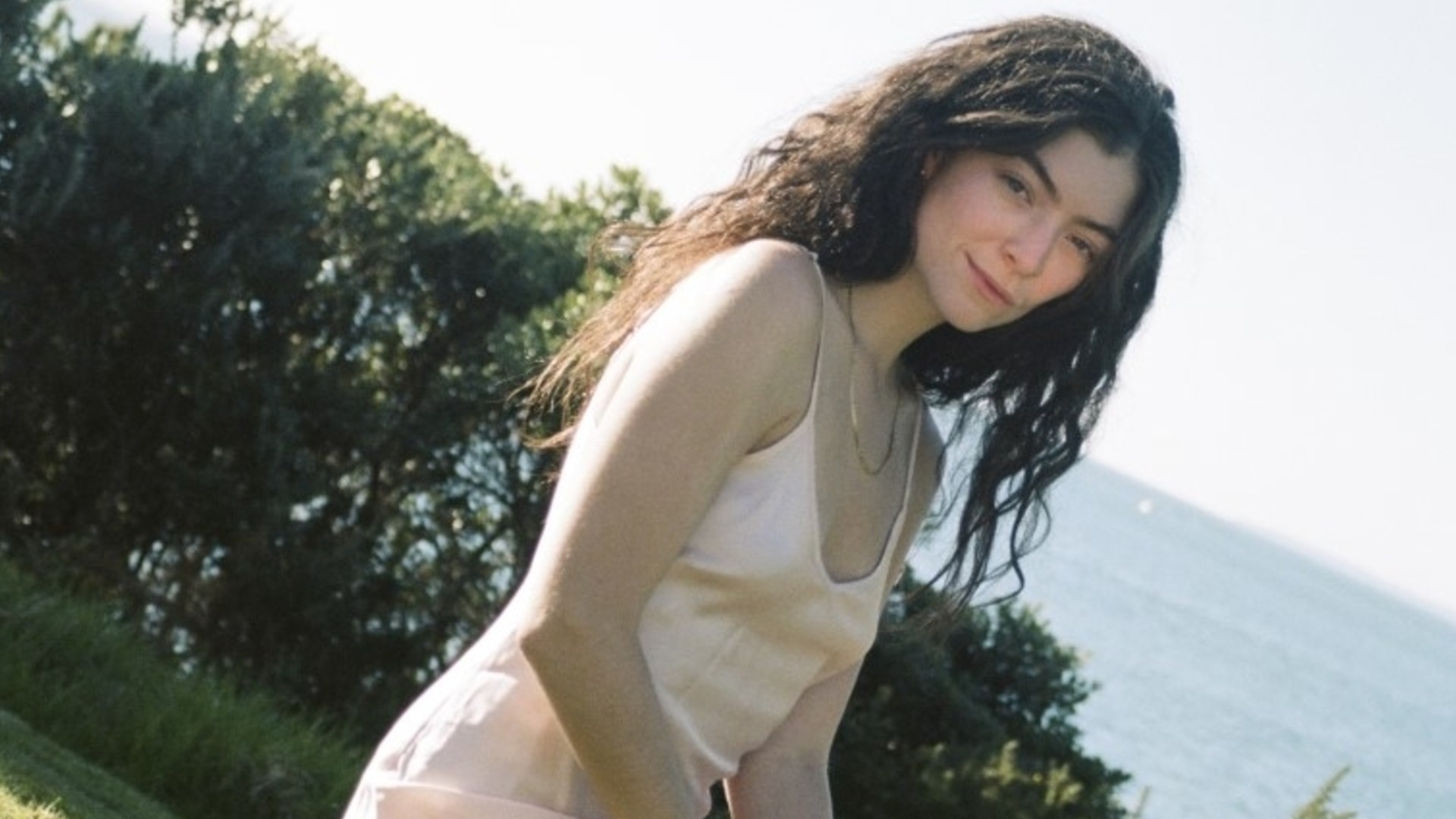 With previous albums Pure Heroine and Melodrama, Lorde has established herself as one of her generation's most distinctive and fascinating voices. This third album sees the New Zealander born Ella Yelich-O'Connor embrace a breezy indie folk sound that feels both classic and contemporary: the sun-speckled title track has been compared to George Michael's "Freedom! '90" and Primal Scream's "Loaded," but somehow sounds absolutely like Lorde, too. 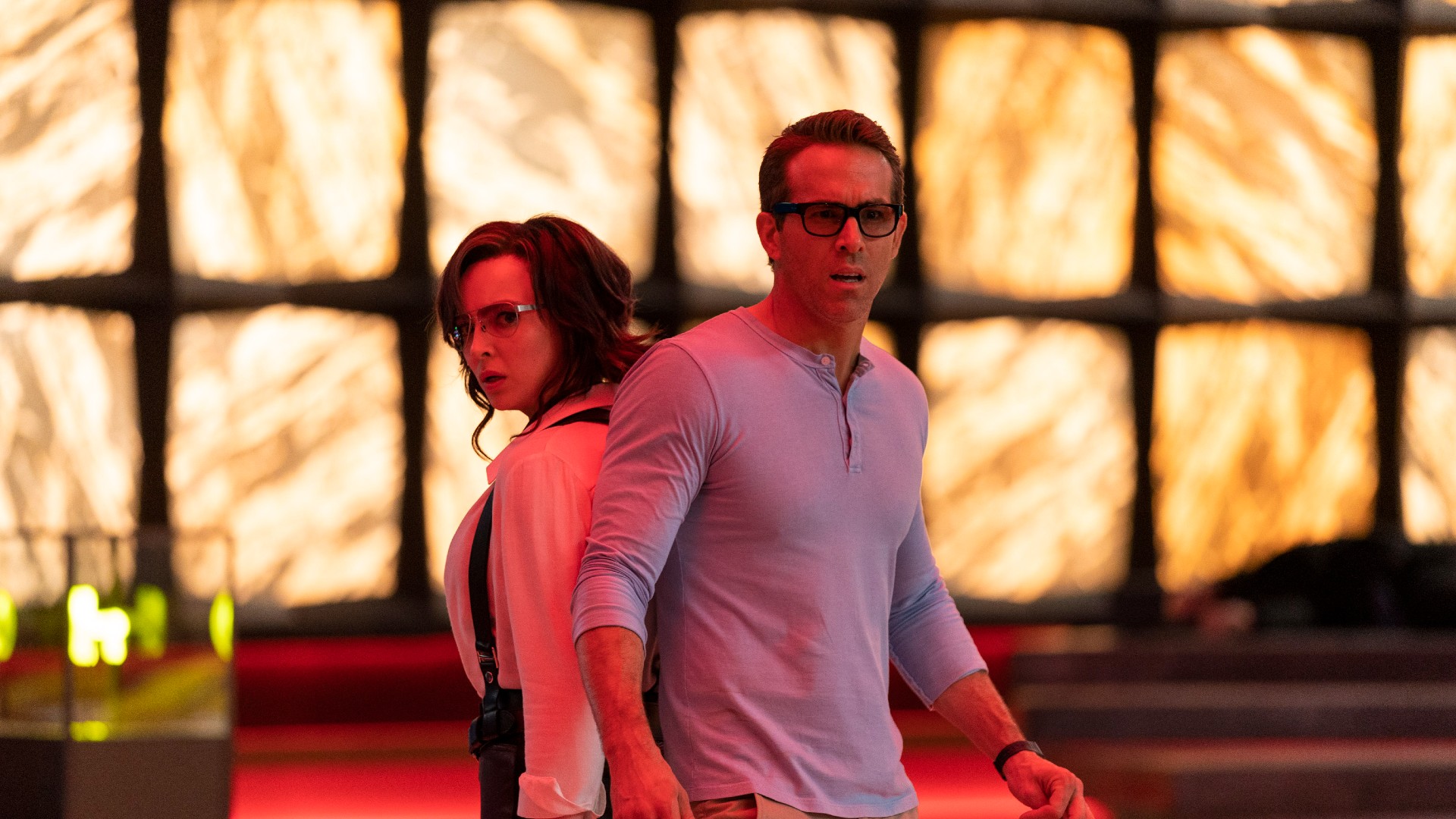 Emmy winner Jodie Comer swaps Villanelle for video games in this high-concept comic sci-fi movie. She plays Millie, a programmer whose game is jeopardized when a nondescript non-player character (Ryan Reynolds) suddenly becomes self-aware and decides he wants to become the hero. Killing Eve fans will know that Comer can be badass and hilarious at the same time, so she should make a great foil for Reynolds here. 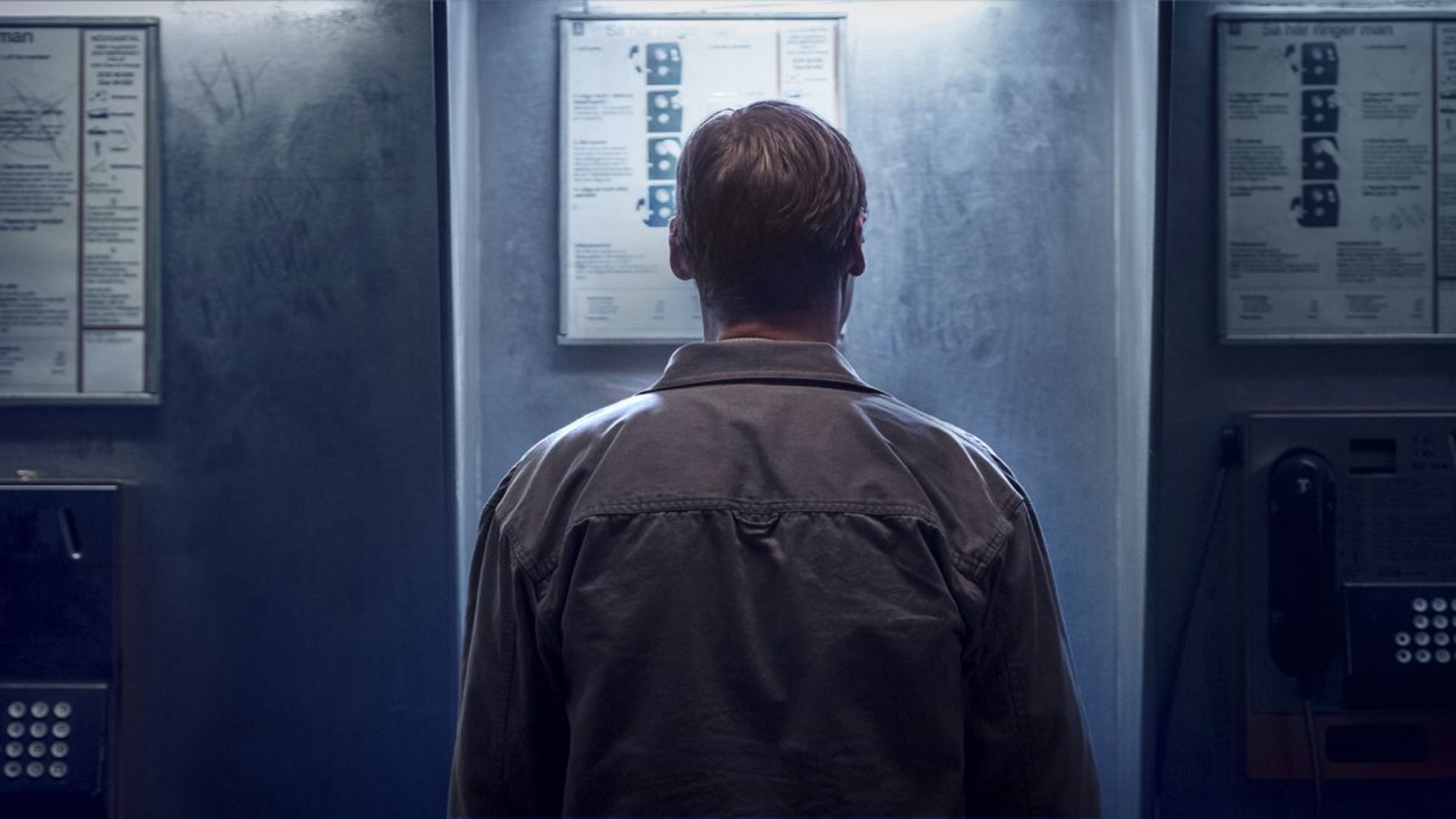 The Hunt for a Killer[/caption]

Based on a true story, this Swedish crime series dramatizes a murder that shook the Scandinavian nation to its core in the late-'80s. It follows detectives Pelle Åkesson (Anders Beckman) and Monica Olhed (Lotten Roos) as they search for the killer of Helén Nilsson, a 10-year-old girl whose life was extinguished in deeply sadistic circumstances. All six episodes premiere at once, so don't be surprised if you end up binge-watching the lot in one go.

The Hunt for a Killer premieres Thursday, August 12 on AMC+ and Sundance Now.

8. A CRIME SERIES WITH A RELUCTANT LEAD 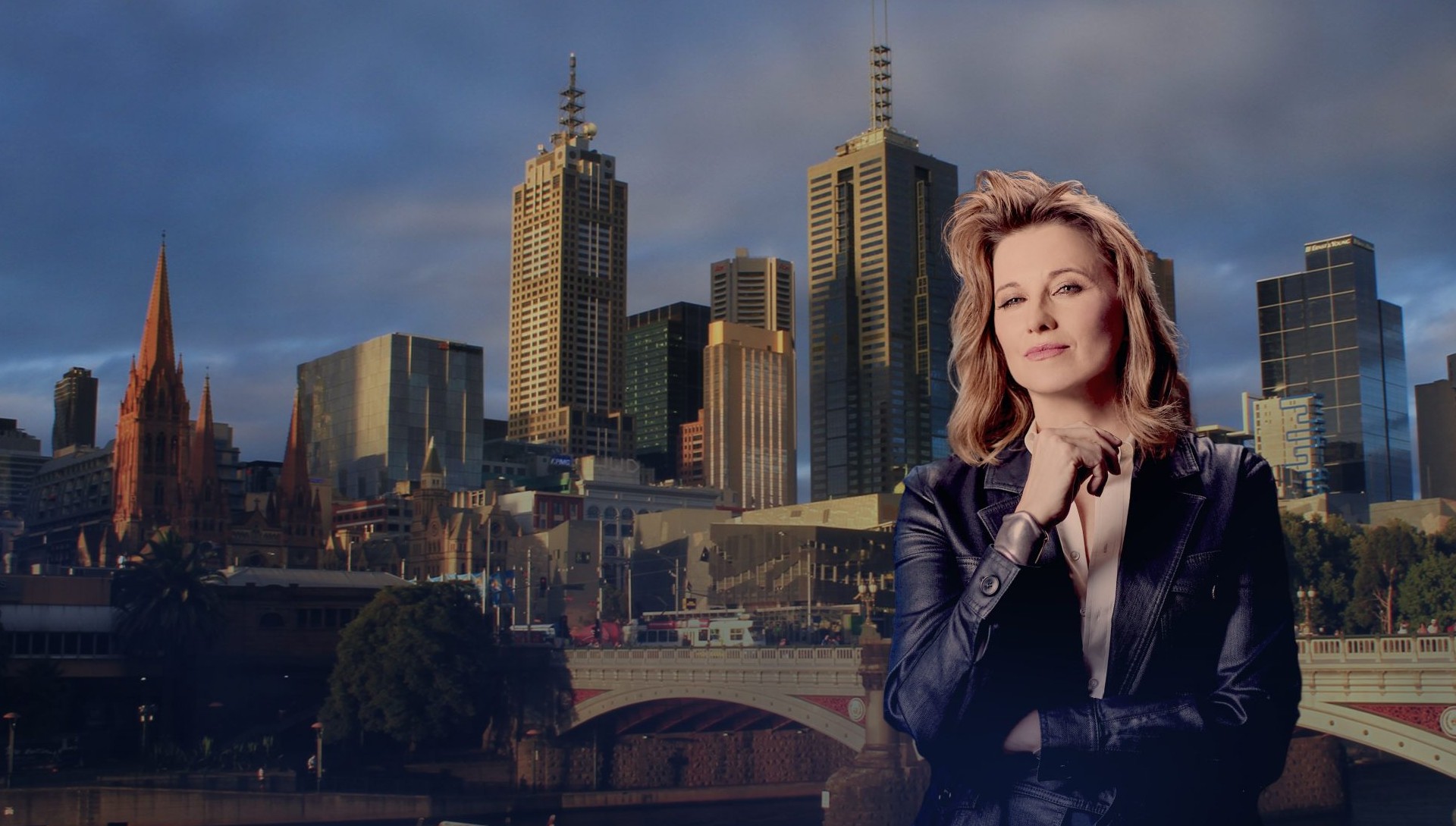 Xena: Warrior Princess favorite Lucy Lawless takes the lead in this Acorn TV Original series returning for a thoroughly deserved second season. She plays Alexa Crowe, a retired cop who finds herself drawn into a murder case after returning to her homeland of New Zealand following a stint in Australia. Lawless is joined in supporting roles by her former Spartacus castmates Anna Hutchison and Graham Vincent; look out, too, for guest appearances from Bill Bailey and William Shatner.

My Life Is Murder premieres with two new episodes on Monday, August 30, then continues weekly on Acorn TV.

9. A MOVIE THAT HAD TO BE MADE DURING THE PANDEMIC 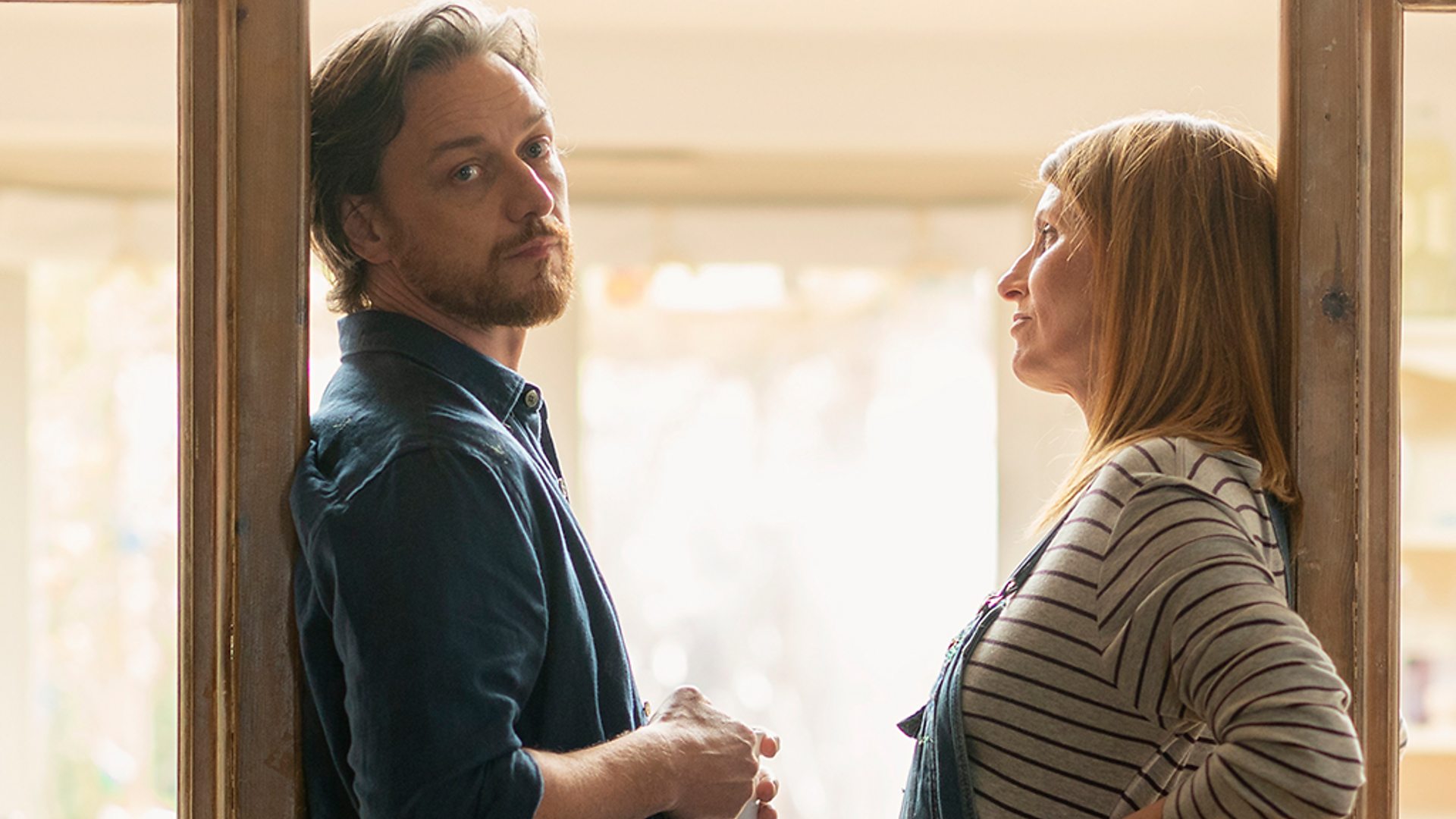 Filmed in just 10 days, this British film follows a couple (James McAvoy and Sharon Horgan) with a 10-year-old son (Samuel Logan) as they reevaluate their relationship during the COVID-19 pandemic. Reviews from the U.K., where it aired on BBC Two in June, suggests it captures the tension and claustrophobia of quarantining with loved ones pretty much perfectly. So, it's up to you to decide whether it's "too soon" to revisit this particular experience, or whether it might be kind of cathartic. 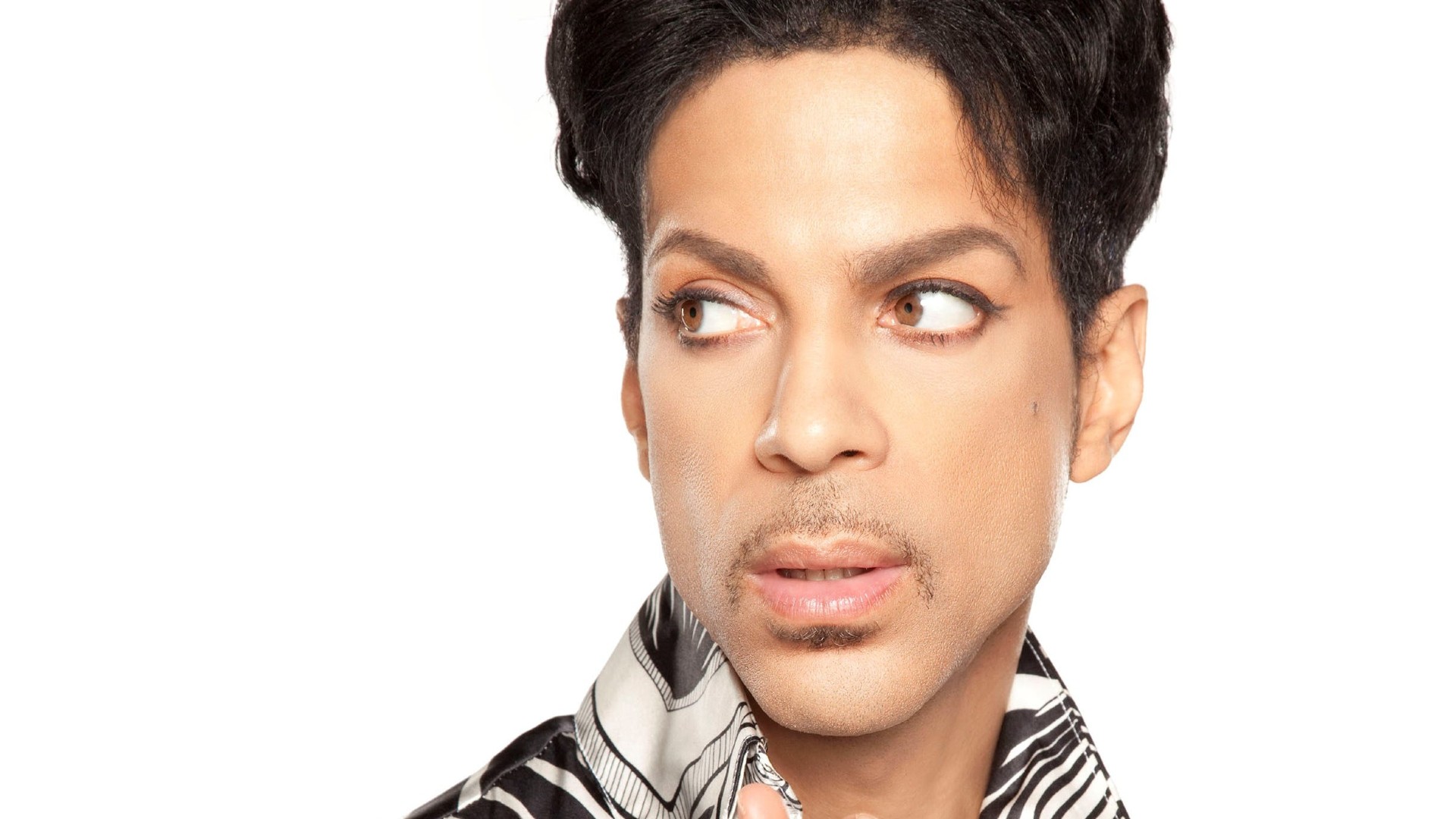 Legend has it that there are as many as 8,000 unreleased Prince songs hidden in the late singer's vaults, but precious few have been released by his estate as of yet. This posthumous album was recorded by the Purple One back in 2010, then shelved for reasons known only to him. The exuberant single "Hot Summer" isn't quite classic Prince, but definitely possesses some of his unmistakeable bounce, so fans will probably want to give the album a spin – if only to satisfy their curiosity.

Welcome 2 America is out now via NPG.