Editor’s Note: We culled your questions from Facebook and Twitter for this week’s questions for an Orphan Black crew member. This week is "The Scandal of Altruism" (Episode 7) director, Grant Harvey

1. Sandy H. via Facebook: Grant Harvey, this episode was a masterpiece! But does the finale scene with Beth going into the station means that this is the ending of her flashbacks ?

Grant Harvey: As a guest director, I’m not completely in the know, but I feel that Beth’s story has now been told, and I was so honored for the opportunity to share the truth about her sacrifice… but remember this is Orphan Black, so there’s no rule book as to what the future holds!

2. James B. via Facebook: How do you go about shooting ALL of Tatiana's scenes? Must take her a lot of time to get into character in order to pull off Sarah, Krystal, Cosima, and Beth in just one episode.

GH: When I worked with her early in Season 1, Tat played a lot during the takes and really felt out each character.  When I came back to the show in Season 4, I was fascinated to discover that she has developed "triggers" for each clone, to help her get into character quickly on set.  For example, when she is playing Cosima she coughs to herself as the camera is spooling up, and when she’s playing Sarah she jogs on the spot until I say, "Action."  So cool!

3. Phoelyx D. via Facebook: Personally i think the biggest scene (no spoilers, but i'm referring to the very emotional scene with Cosima and Kendall) was the best one of the entire season so far. How did you go about shooting it? Was it straight from script or did you introduce a personal vision to it?

GH: My job as director is to take the scripted words and ideas and translate them to the screen, so I definitely have my own vision of how that will look.  With a crucial scene — like the one you mentioned — I always carefully explain to the creators and producers how I will execute it so there are no surprises.  The idea I brought to that scene was playing out the last bit of dialogue, execution, and explosion in one shot, so that it felt like we were there in real time with Cosima. It was fun to figure that out and I think it worked pretty well! And Tatiana is such a rock star that we did it in one take.  The way she played Cosima breaking down gives me goosebumps and tears in my eyes every time I watch it  — which is a lot of times! 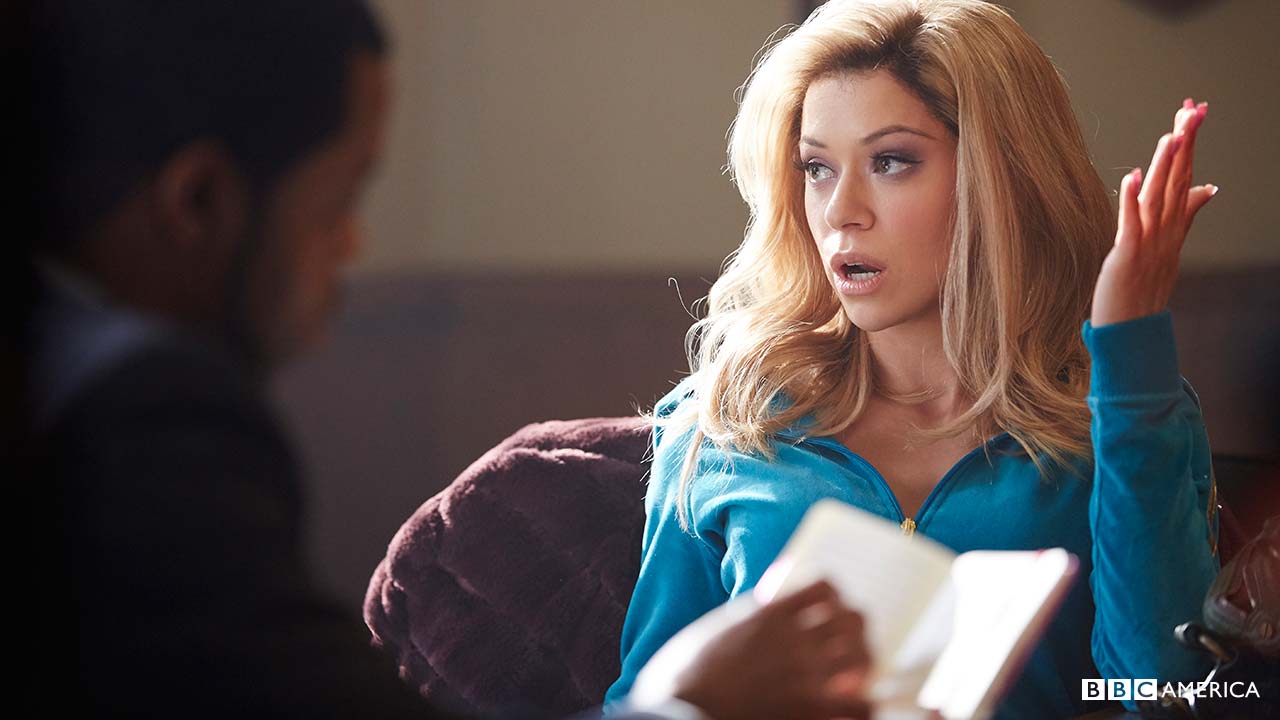 4. Betty W. via Facebook: Which clone is the most fun to direct/watch Tatiana play???

GH: Helena was introduced in my first season episode of Orphan Black, so I have a real soft spot for her… but I have to say that I have a total crush on Krystal with a K! She’s awesome and so much fun to work with.

5. @CloneClubAUS via Twitter: The pace of this episode was very fast & hard hitting; is this how you envisioned the episode or did that occur organically?

GH: Combo of both.  John Fawcett puts a lot of emphasis on pace and stakes and the excellent script structured made it flow and connect, so we knew it was going to fly - but Jay the editor also organically paced it up in the cut as well.

6. @TatMaslanyBR via Twitter: What was your favourite scene to shoot? Why?

GH: Hard one!  The final scene with Kendall and Cosima was very hard and stressful, but I knew that it was going to be special. The scene with Art, Fe, and Krystal was so much fun. I really liked shooting with Maria as I felt that she brought a lot of emotion to Mrs. S this episode. Too many faves!

7. ‏@ARTPOPstardust via Twitter: Did you start to cry while shooting/watching this week's episode? It's okay if you did. We all did.

GH: Shooting the final scene brought out a lot of emotions in everyone on set. We knew we were shooting something special. Watching Tat play Cosima so utterly devastated did bring tears to my eyes for sure!

8. @ImTheScience via Twitter: Is the remorse in Evie Cho's face when the flashback is showing, real? Or she was just traumatized remembering it? 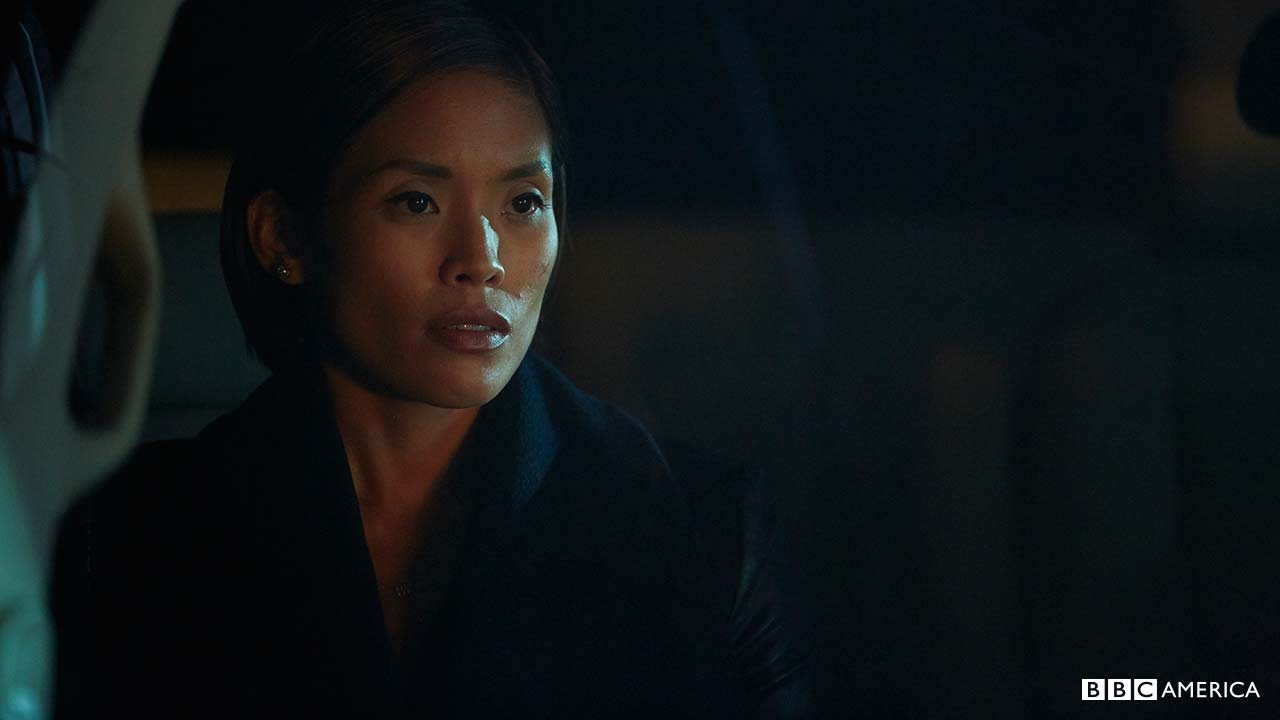 GH: I worked closely with Jessalyn to help her create Evie as a whole person who is at times conflicted by what she does, so that might be what you are seeing.  I like the idea that no one is pure evil, and that Evie does at times question her actions, but she also is completely committed to her science and master plan as she believes it will make the world a better place.

9. @DylanC181 via Twitter: How did it feel directing the episode that revealed everything?

GH: Stressful! And fun. And a real honour. I’m a huge fan of the show and a good friend of John and Graeme, so I was really excited that they entrusted me with such an important episode. I worked my ass off to make sure I delivered!

10.@mnsalz91 via Twitter: How did you put together the scene with Sarah, Cosima, and Evie with only two actors? #whatisthismagic

GH: There’s a number of techniques that we use for shooting clone scenes. It starts with a rehearsal where we figure everything out with the cast, Director of Photography, and Visual Effects Supervisor, so we are ready on set.  Tat has a brilliant double named Kathryn who acts in the scenes with her. Any time there’s a shot over a clone’s shoulder, it’s Kathryn.  The shots that have both clones' faces on-screen are done using a motion control camera system and lots of time in the visual effects suite. I believe there’s some video online that show the process in detail.

11. @Rancorr via Twitter: Who called the shots (literally)? Because he and Aaron Morton put a gorgeous, dramatically framed episode on-screen.

GH: Thanks for the kind words. It means a lot for you to have felt the design of the shots (but hopefully it didn’t take you out of the story!). I am a very visual director, so I have a pretty solid plan and visual language for the story going in, but things change on set, and that’s when Aaron and the camera operators and their collective talents help me execute my ideas to tell the story in the most impactful and cinematic way possible. It’s a really fun collaboration and one of the best parts of my job!

GH: We used a robotic camera device called the "Technodolly" which "memorizes" the camera’s movement and can repeat it perfectly over and over.  This allows us to create cool camera movement in shots where Tat is playing multiple clones. We actually designed a master shot of the entire extraction scene which was awesome. It’s a lot of fun for everyone on set as you can watch the scene coming together as each new clone layer is added.  The cast and crew are getting very good at it now!