Editor’s Note: We culled your questions from Facebook and Twitter for this week’s Q&A with an Orphan Black crew member. This week, it’s co-creator John Fawcett. 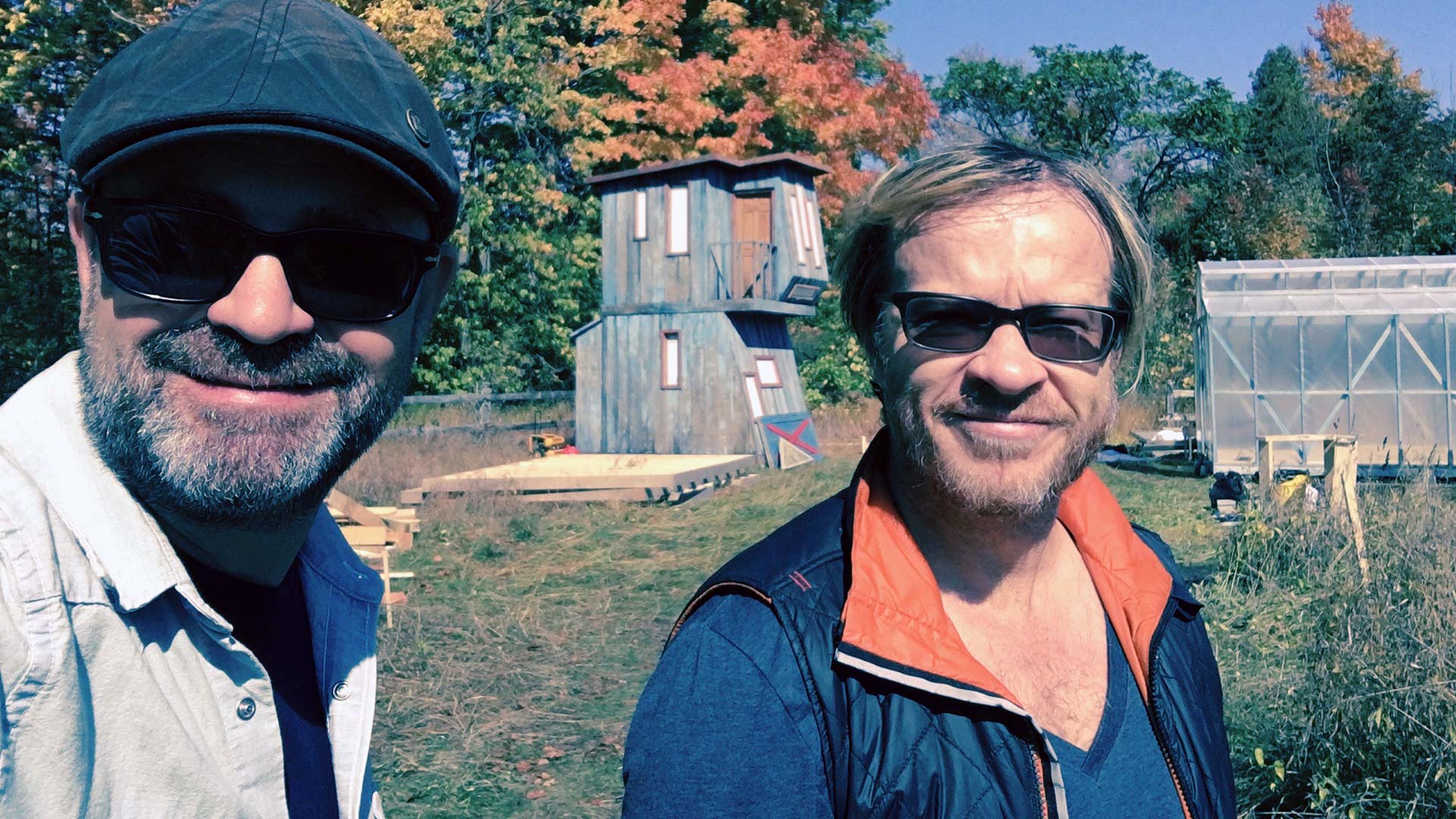 1. @DoctorWho_BBCA via Twitter: We'd like to know where John would go if he could choose anywhere in all of time and space.

John Fawcett: I would definitely go into the future. I want to see what things are like in 100 years.

2. @paperheartsmx via Twitter: Being a 2-showrunner team, what happens if Graeme wants X for a character and you want Y? how do you manage your disagreements?

JF: Well usually there’s a fist fight, and then whomever seems to win the fist fight wins. No, it’s not like that at all. The thing is, most of these decisions have to service the story and the mythology and the background of the characters. Often there isn’t a lot of disagreement about that; there’s some conceptual disagreement sometimes from a tone point of view, and sometimes our humor gets a little lost on other members of the team. So there are sometimes conversations to be had about the tone of the humor. But for the most part, I think that we’re all sort of working towards one objective and that’s servicing the characters and the stories, and so the best idea wins.

3. @CloneClubTO via Twitter: Do you and @GraemeManson1 plan on collaborating on future projects together?

JF: Graeme and I definitely want to collaborate again in the future. I think that there have always talked about a two-hour format of an Orphan Black story that lives beyond Season 5. I don’t know if that will ever come to fruition, but that is something that Graeme and I have always talked about and have an interest in. We were really close friends before Orphan Black started, and I think after a little bit of a break from it, I don’t doubt that we’re going to be back working on something else together.

4. @vausemanprepon via Twitter: Which scene would you say was the most emotional scene for you to watch even though you created it yourselves?

JF: For me, it was pretty hard to take the last two weeks. The most emotional that I got was every time we had to wrap one of Tat’s characters. And that was practically every other day, and it was really hard. It was hard to see Alison go and shoot her last shot, and Cosima... every single one of them… knowing that as soon as I called "cut," I was never going to see that character again. I was never going to see Cosima again; I was never going to see Rachel again. There are five significant clone characters, and they all wrapped on different days, so it was a very difficult thing to do. Those were the hardest scenes. And obviously the finale.

5. @PwiePauli via Twitter: what's the funniest thing that happened behind the scenes?

JF: Oh I can give you a couple of things... One day on the finale of Season 4, we were shooting the exteriors of the village at nighttime. We were still more or less in the city, and it was really, really cold and we had a big tour-like bus, so the extras could go on there and stay warm, but the bus just sat in the parking lot while we were shooting. And some guy showed up, got on the bus — just some random dude got on the bus — told the bus driver he was a producer and told the bus driver that he needed to go and get some food, and so suddenly the bus drove away and disappeared. The bus driver didn’t have a walkie-talkie or anything like that and this guy basically hijacked our bus, and it disappeared for hours off set. Eventually, he brought the bus and the bus driver back and then kind of tried to sneak away, but I think our security guards caught him.

And towards the end in the finale this year, I was shooting with Tat, like one of the very last scenes with Alison, and she was having an emotional phone call, and she was weeping and crying and got a nosebleed! Right in the middle of the take! I’m like, "This is crazy — I got to stop this," and I called "cut," and Tat is like, "What?! Can't we use this?" Ha! Tat is very dedicated. She was trying to incorporate the nosebleed into her part!

6. @mattflynns via Twitter: From the beginning of the series to now, which clone do you think has grown the most?

JF: They’ve all gone through significant growth, but I think from how we met Helena to the very final end of the season… I think Helena is the one that has actually developed the furthest. I mean, Helena, at the beginning, was just like a feral animal. I mean, Helena this season is really strongly coming to terms with the fact that’s she’s going to be a mother. Those are things we dealt with over the past bunch of seasons: "Helena, you can’t kill people. You're gonna be a mom." I think we’ve really seen that character develop and grow and become a mom and become someone we can have faith in, that she could raise children. 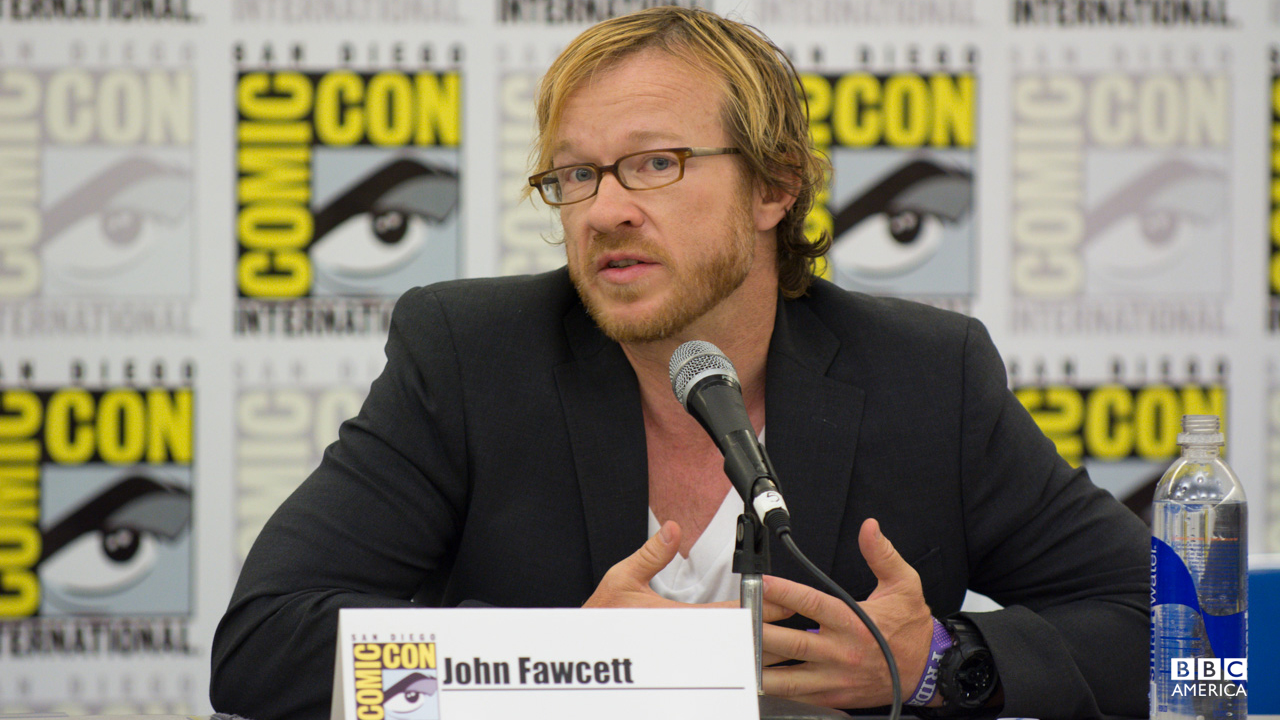 7. @Fan4me via Twitter: What do you hope the legacy of #OrphanBlack will be, looking back on it?

JF: I think that the show certainly has changed my life, and it changed the lives of everyone involved with the show — people like Tatiana who nobody knew before the show began! She kind of lived through her own personal version of what happened to Sarah on the tracks — her life changed completely the moment she met Beth. And I think that could be said for a lot of people. And through a lot of fans that I’ve connected with and talked with they’ve connected with their girlfriends or boyfriends because of their love of Orphan Black. I just hope that the show has a life beyond Season 5. I hope that friendships that have been made — fans, crew, cast — will kind of go forward into the future. Ten years from now, it will be nice to know that Orphan Black made a difference. That it will still be recognized as a kind of a piece of work that stood out in the kind of the landscape of cable programming. I hope that it has some longevity, that its legacy is a message of hope and optimism for the future.

8. @notsosafe via Twitter: If you and @GraemeManson1 could have done a cameo on the show, who would you have liked to be?

JF: Well, Graeme and I were in the Season 2 opener. I attempted to make another cameo in the series finale. but then I cut myself out because I was awful! I was like, "I can’t. I’m terrible.” So, we shot it a couple of times, and then I just saw what it looked like and I was like, "I can’t do this it’s too embarrassing." So, there are definitely bloopers to be seen.

9. Greg M. via Facebook: You've said you always wanted a 5 year show and had a plan for it. Have you stuck with that plan or was there an instance where you had to course correct?

JF: Oh, there have been plenty of course corrections. We don't have crystal balls, and we plan, and certainly had a specific sort of structure in mind and kind of an endpoint to head towards. But Graeme and I like to work somewhat organically and so, as the new ideas arrive you want to be able to incorporate them. It's definitely gone in directions that even Graeme and I couldn't have ever foreseen.

And certainly right up to the very ending, we had a plan for Episodes 9 and 10, had gone down a path and written scripts, and kind of started to realize that maybe that wasn’t the right way. That the way we had seen from the beginning... that there was possibly a better answer to that. So even at the 11th hour we ended up rewriting Episodes 9 and 10 to suit something that we felt worked better. It was significant redirection; it wasn’t a small thing. It’s always the best idea that serves the story and the characters — that’s what we go for. So as much as you can plan ahead, you do, and sometimes you just don’t see all the twists and turns in advance. 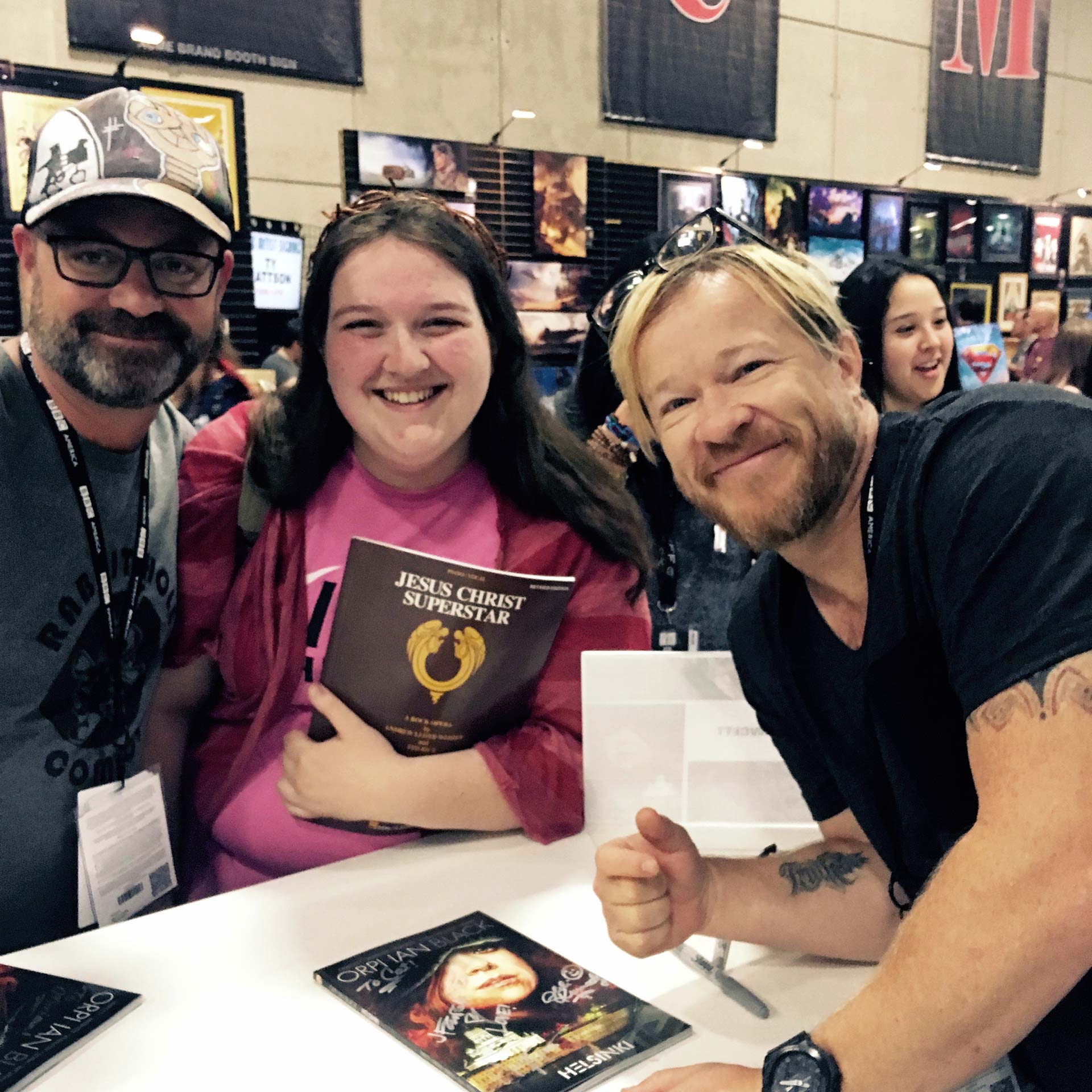 Signing comics written by Heli Kennedy for a cosplayer.[/caption]

10. Guigui Z via Facebook: What's the most important thing you want to tell the fans of Orphan Black?

JF: I just have a lot of love for the fans, a lot of gratitude. Without their viewership and fandom and love and outpouring, the show just wouldn’t have been as successful as it was. When I meet people at conventions and I meet the Clone Club, there’s just so much enthusiasm for what Graeme and I have been doing, and it’s very rewarding and gratifying. I'm very grateful for their attention and for their artistry and for their outspokenness.