Episode 6: What You Didn't Know About 'The Scandal of Altruism"

GET THAT BOT OUT OF HERE

So that bot removal, right?! Just when we thought that our clone scenes couldn’t get harder or more ambitious, we throw that one out there. Clones performing some light surgery on clones — crazy!

For the record, the bot removal scene was an incredibly complex and hard scene to shoot, and therefore the man-hours put into creating it was massive, especially because the bot isn’t real — it is created entirely in VFX and there is only actually one Tatiana Maslany. So, when you add in that two of the parts are played by the same actress, you get a long clone day of shooting and many hours in prep and post to pull it all together. Lucky for us we had director Grant Harvey, director of the iconic Helena-Sarah gun-holding scene from Episode 104, to guide the creative direction and the cast and crew on the day!

Fun Fact: It took a total of 600 hours in post and VFX work alone to create the scene you see on-air.

If you look closely, Detective Duko is chewing toffee in almost every scene he appears in throughout the series. Did you notice it? This was a character trait that Graeme really wanted the character to have. However once we got into post, that interesting tick turned into a sound nightmare and it wasn’t so easy for us to use. So it ended up being a less obvious character device than we originally had thought.

Fun Fact: Actor Gord Rand had to get used to chewing on Macintosh Toffee for hours and hours, take after take. There just wasn’t anything else that gave the same authenticity to the chews and the smacks than the real deal.

This season, we decided that it was time for Cosima to get a new red coat. We loved the old one, but as it was purchased almost four years ago and we only bought a handful of them, the coat was getting its fair share of wear and tear.

We didn’t want to move too far away from her iconic red jacket, which does make an appearance this season, so we worked with the wardrobe department to find a new red jacket that had a similar color and design to it, but that was waterproof and warmer.

FUN FACT: the coats are so close in color that the average viewer might not even notice that we changed it.

The burning van was shot on location and was created with both practical and visual effects. We had two hero vans (that’s a term we use when describing vehicles that are important to the storylines, so as to differentiate the “hero” vehicles from the regular background vehicles) and a few others that looked similar on standby in case something went wrong. Out of those two vans, one had an engine and one had the engine and other electrical parts taken out. Can you guess which one we burned? Of course, the one without its engine was rigged to go up in flames and with smart editing you don’t notice when we switch out the vans for one another.

Fun Fact: Our VFX team came in after and perfected the flames and source of the explosion, as the canister that Duko places in the back of the van did not actually contain any chemicals or flammable elements.

Fun Fact: Our DOP Aaron Morton left practical set lights in-frame for the first time ever during the explosion scene because we were already having our VFX team help to enhance the fireball and they could therefore remove the lights in post. This helps on many fronts. First, it allowed Aaron to light the whole scene as much as possible so that Grant our director could shoot from different angles without an entire new relight. And second, it is impossibly hard to light a dark field at night and make it look like natural moonlight, but having the lights removed in post made it much easier for everyone.

ALL ABOUT THE LOCATION

The location where our climax takes place is actually only a few blocks away from Sarah’s "funeral" location, Cal’s RV by the sailboats location, and Katja’s killing location. All of these locations look like they could be in the middle of nowhere, but in fact they are right in the heart of the bottom of the city, by Lake Ontario. This is one of the industrial parts of Toronto and also where a lot of our film studios are located. What’s really great about this part of town is that it can double as many different locations and therefore provides us as a show a lot of flexibility when we need rural or abandoned areas — as we often do. 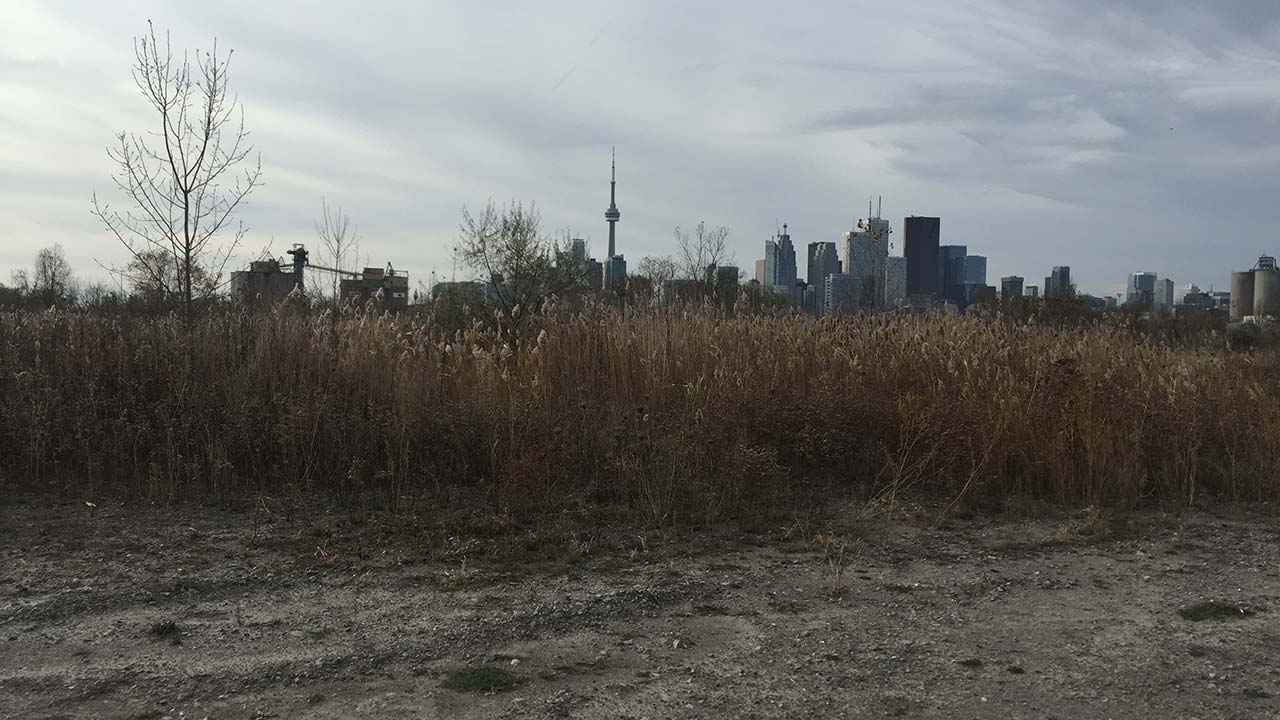 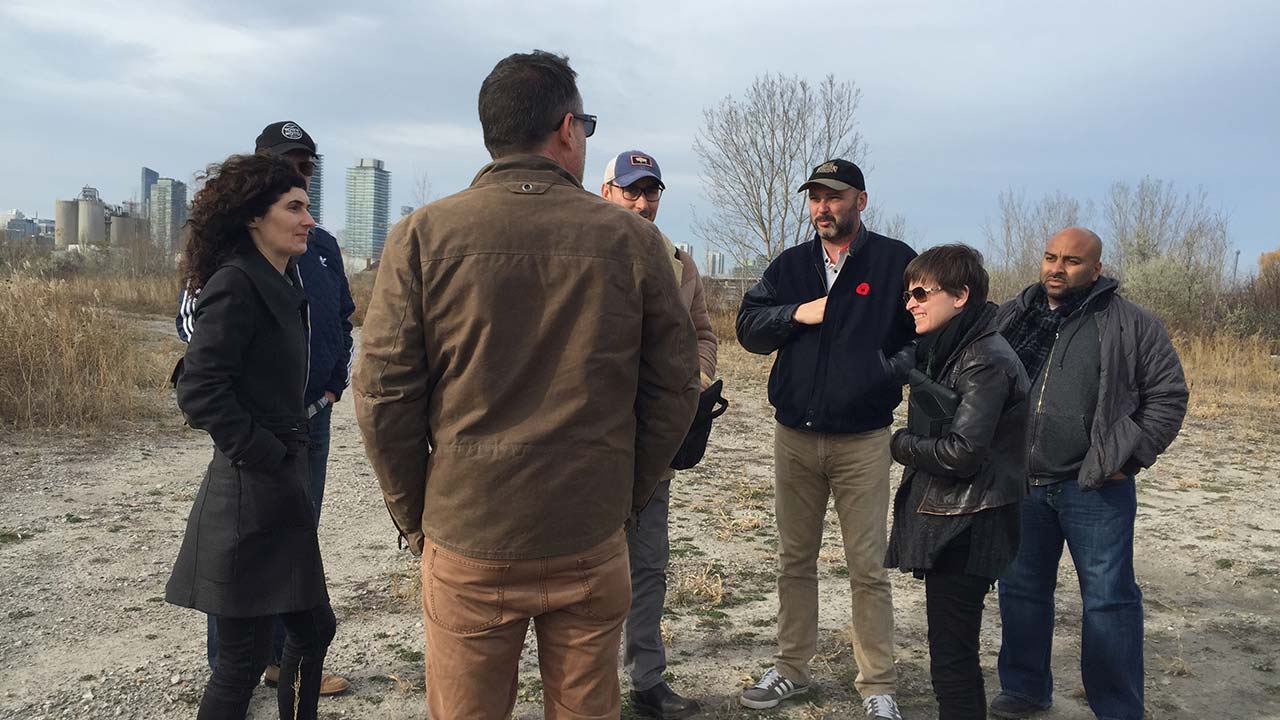 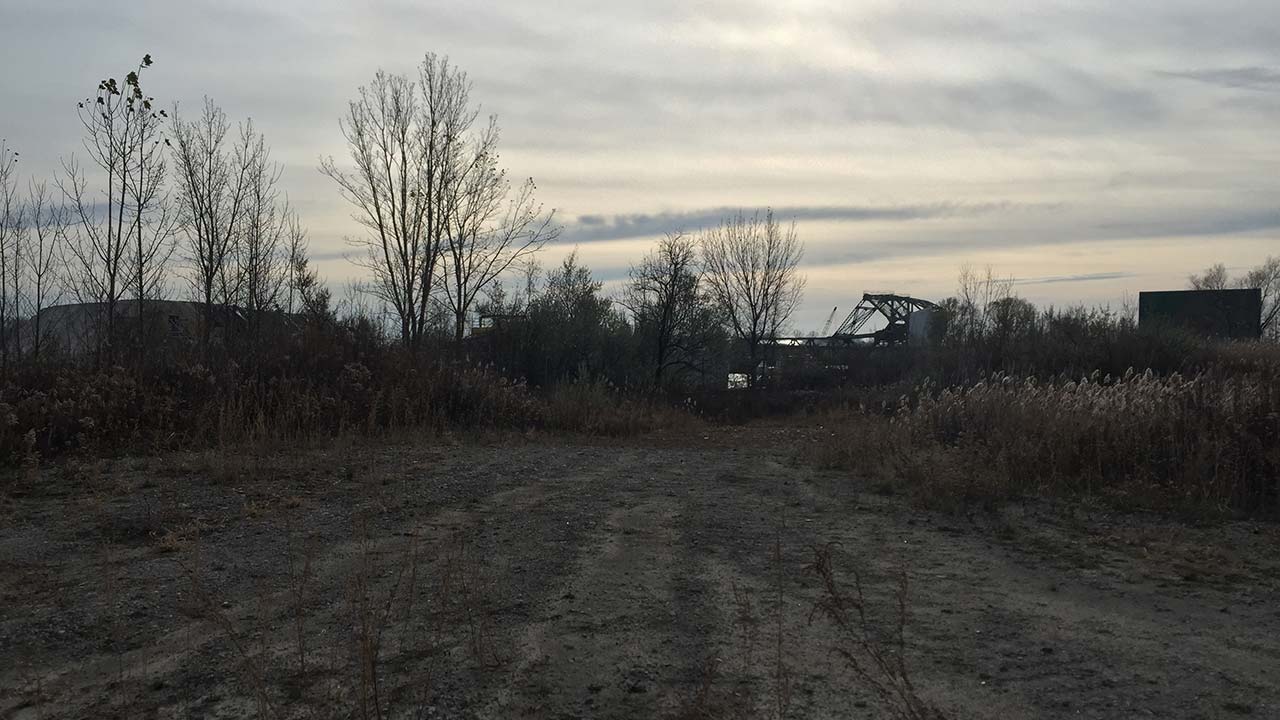 Fun Fact: Because we needed the location to feel very sparse and abandoned – why else would a police detective choose to kill an old woman there, we didn’t actually get to show off the amazing cityscape of Toronto that you can see from the small hill we shot on. You can see in these pictures from the location scout that the view is quite stunning. (Insert multiple pictures of the director and crew, and general location pictures here.)

Have you noticed that Evie has a scar in her present-day scenes, but not in the flashbacks? That was an Easter egg we planted and that pays off at the end of this episode when Beth beats her up before making the decision that incited everything.

Fun Fact: The scar was added somewhat last minute after we had already shot the first flashbacks in Episode 401. John Fawcett had the idea that we could plant something in the present day that might lead to fans speculating what the scar was from. And in tonight’s episode, you find out!

FUN FACT: Our wonderful makeup artist, Stephen Lynch, helped us design the perfect subtle scar that appears on Evie’s cheekbone. Originally we chose a much bigger scar, but on the day, just before we needed to shoot, John had Stephen cut it down slightly to make it a more subtle and intriguing injury.

FUN Fun Fact: Makeup assistant Kristin Wayne was the first to try on the scar, as actress Jesslyn Wahlin was not in Toronto in time for a camera test.

What can we say? We love Krystal, Art, and Felix. And I think that is very clear in our one, very hilarious storyline in this episode. Be it Kevin’s eye rolls or Felix’s wardrobe choices, we knew this episode needed a light touch and these three killed it.

Fun Fact: Krystal’s pepper spray was actually an Evian water spray that our art department rebranded in pink to look like a women’s self defense product.

We have to give a big shout-out to our long-standing Hive member Chris Roberts on the writing he did in this episode. It was no small feat to bring together three and a half seasons of Orphan Black in one, and he pulled it off. From Story Coordinator in Season 1, to full-blown writer in Seasons 2 and 3, Chris has stepped up time and time again delivering great writing. And this episode is another time Chris has hit it out of the park. 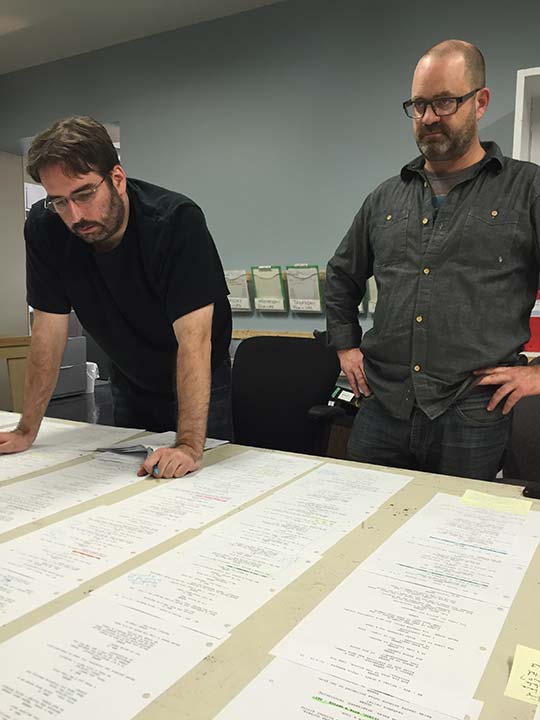 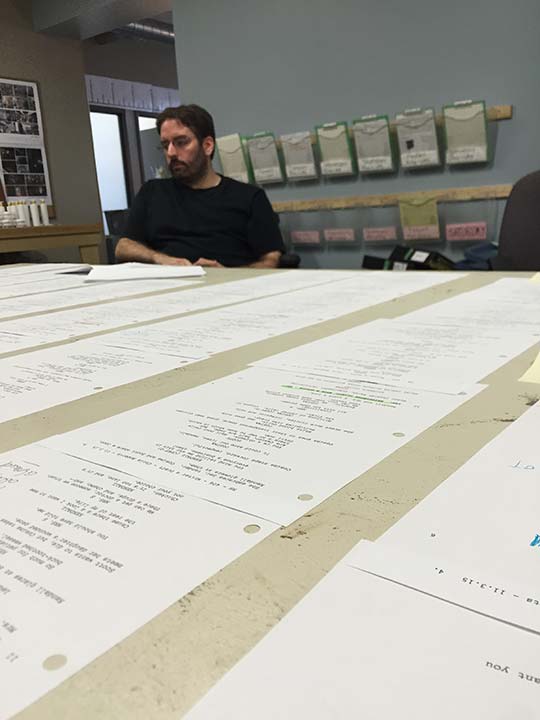 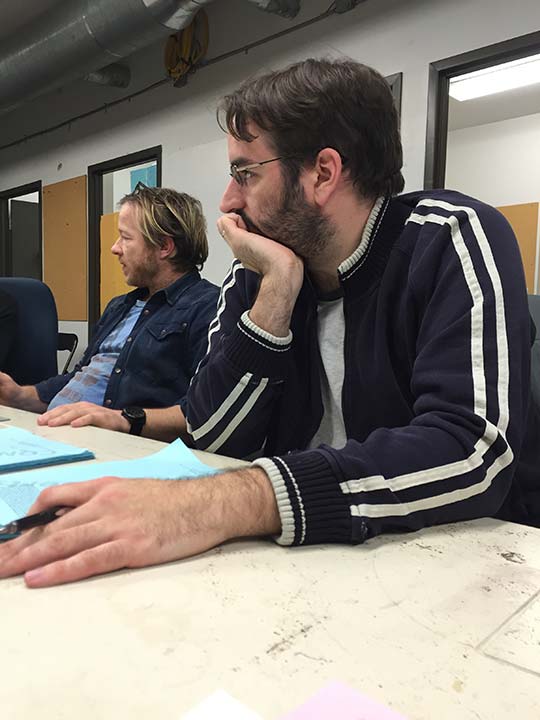 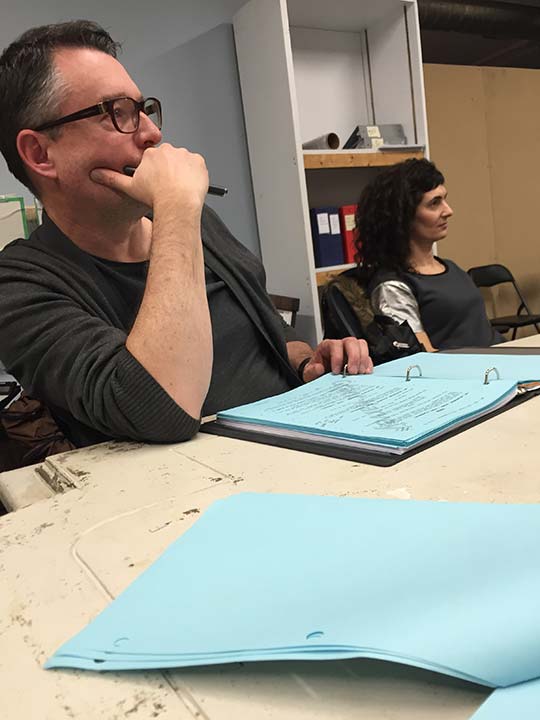 Fun Fact: Orphan Black is the first TV show for which Chris has ever written. Before getting the season one junior position as the Story Coordinator, he had been at school studying writing. You can read his thoughts on the episode HERE.