Episode 10: What You Didn't Know About 'To Right the Wrongs of Many' 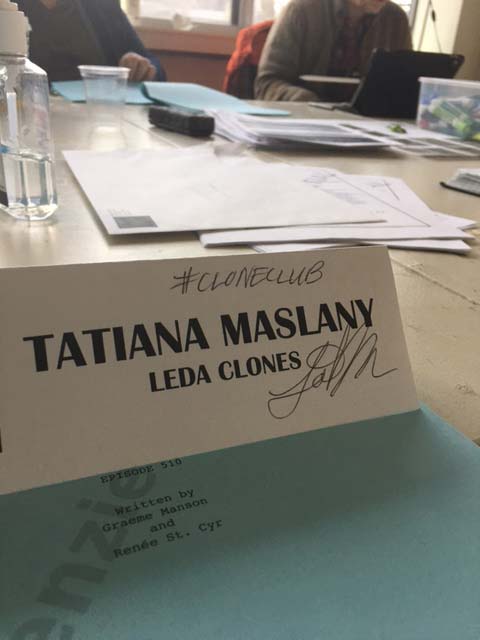 It was important in this episode to guide Sarah through her last fight and the birth of Helena’s twins by an important moment in her past. When looking at what that could be, it became clear that what has been her North Star through Clone Club’s fight was Kira, so we decided to flashback to Kira’s origins: Sarah’s decision to keep Kira and her birth. Lucky for us we already knew Tatiana could play younger versions of the clones very easily — Helena and Rachel as great examples —so pulling off Sarah’s teenage look just meant a bit more eyeliner and some punkier clothes. For S we wanted to give Maria something different and because of Mrs. S’s demise in Episode 508 we were free to give her a haircut. Maria agreed and without too much work we had a ten-year younger Mrs. S.

Fun Fact: the scenes in Mrs. S’s truck were shot right outside of our location for Dyad. There is a children’s clinic next to the hospital that was the perfect background for the scene.

Fun Fact: We reached out to Planned Parenthood to ask for some promotional materials and for the OK from them to use their signage in the background. We really wanted to honor the work they do for women and families everywhere in the scene. Lucky for us they agreed and sent us pamphlets and posters that were 10 years old, adding to the details of the flashback.

From the beginning of the series, John and Graeme did not want Sarah to be a killer. And if you think about the five seasons, she does not murder anyone directly. They were saving that moment for PTW and for the finale. They didn’t want us rooting for a killer during the show’s time on-air and they succeeded. And really, once he started to shoot up and kill random doctors at whim, it was time he was put to rest.

Fun Fact: Stephen McHattie, the actor who plays PTW, actually shaved his head for the final episodes. When we told him our plan for the character and how we would unmask him, it was his idea to shave his head instead of wearing a bald cap.

Fun Fact: We didn’t decide how Sarah would kill PTW until we were location scouting with John Fawcett and saw the lab set lit up and being shot in Episode 509. Once we toured that, John found the fire extinguisher and the choreography was set. Props had to have it made into a soft version as well as a half version so that we could properly film the entire sequence for our VFX team. 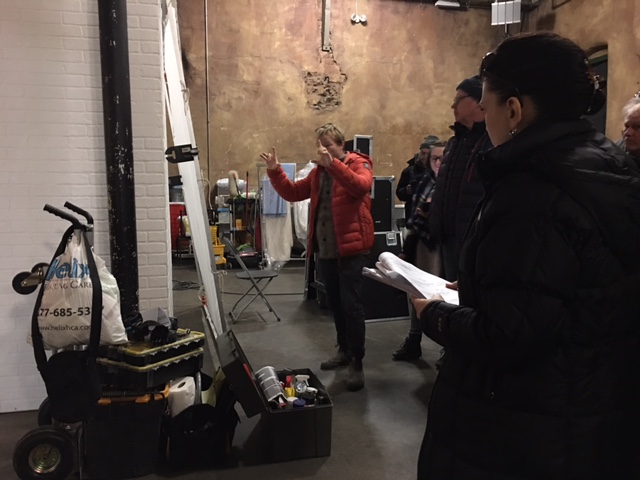 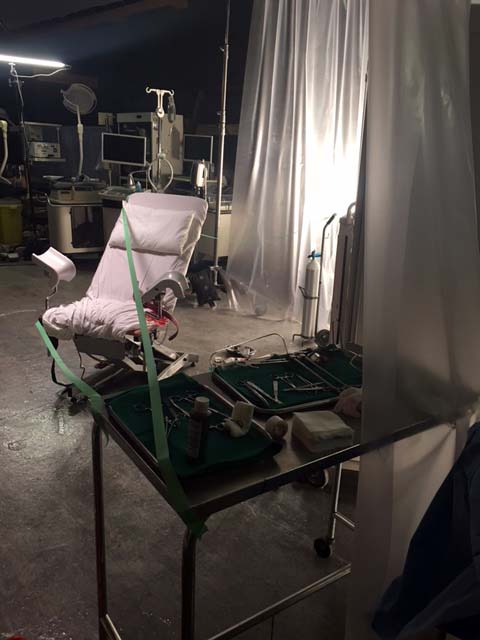 SUMMERTIME IN THE WINTER

When we decided to jump forward in time for half of Episode 510 it was the dead of winter in March in Toronto. That means grey skies, brown snow, and dead-looking trees. We used a lot of camera tricks, color timing, and VFX in order to make it look like we had jumped into summer. We also used wardrobe to help!

Fun Fact: It was the biggest amount of shopping our wardrobe team ever had to do for this episode because no one had summer wardrobe items in their closet, and we invited almost every single cast member that is left alive to the baby shower.

We auditioned over 30 babies to play Helena’s twins because we needed multiple babies on set in order to pull off the clone birth scene and the baby shower scenes. It was a cute day at the office to say the least! 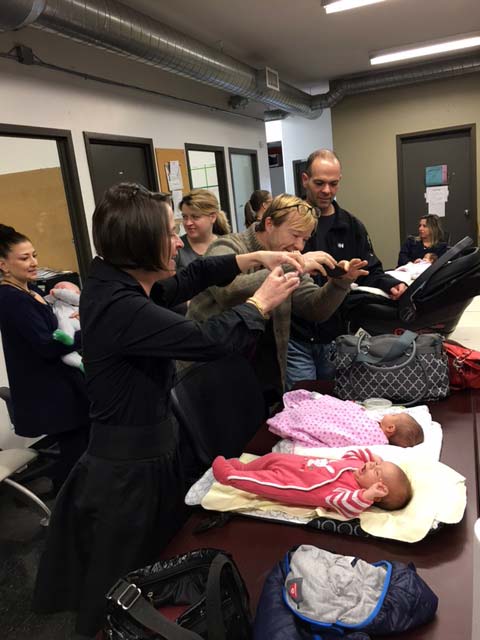 Fun Fact: Babies have to be at least 3 weeks old to be on set and you can only shoot with them for 15 minutes at a time. So for the twins’ birth we used four sets of rotating three-week-old babies and a set of fake babies to pull it off.

Fun Fact: Our 1st AD Joanna sent around 10-12 horrifying-yet-strangely-beautiful YouTube videos of women giving birth to twins outside of hospitals. The research lead to the choreography Helena, Sarah, and Art ended up doing. Here's John and Joanna demonstrating how the positions would work. (They did this many times during prep.) When it is the same actress giving birth to the same actress catching the babies, every single moment needs to be plotted and planned out.

Fun Fact: Joanna Moore, our first AD, manned the ship for every finale and every premiere we ever shot.

Fun Fact: Our amazing fan Miriam, who created the bracelets for Rachel and Kira in Episode 507, was generous enough to make us Purple and Orange’s baby bracelets for this episode. We loved the idea that Helena asked Kira to help her identify the babies and create friendship bracelets for them.

Fun Fact: We shot the birthing of the twins as our last two days of production ever. They were night shoots, but even so, cast and crew from seasons past all came out to support. When we called wrap on the final night, there was about 50 people behind the monitors clapping, crying, and saying goodbye. We also then had a bagel, lox, and mimosa party to celebrate the end at 4 a.m. 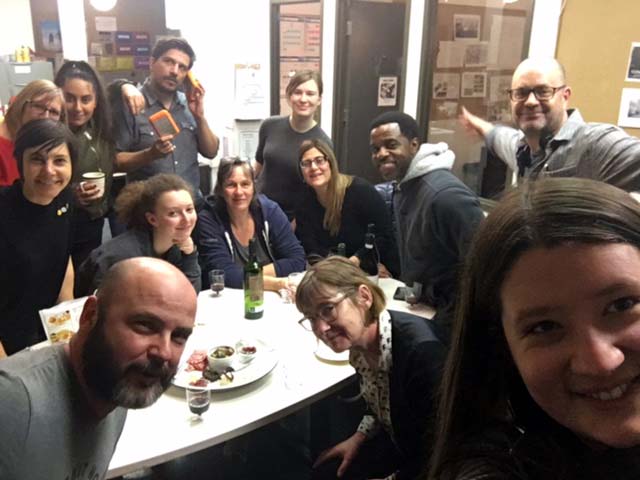 The baby shower scene was shot over two days in the backyard and was the first time some of our main cast were ever in scenes together. Like Helena and Hellwizard!

Fun Fact: Between Mackenzie, Joanna, John Fawcett, and the art department, all of Etsy, Pinterest, and Tumblr posts for “baby shower” were researched in order to find the perfect aesthetic for Alison’s newfound look to translate into her party decor. 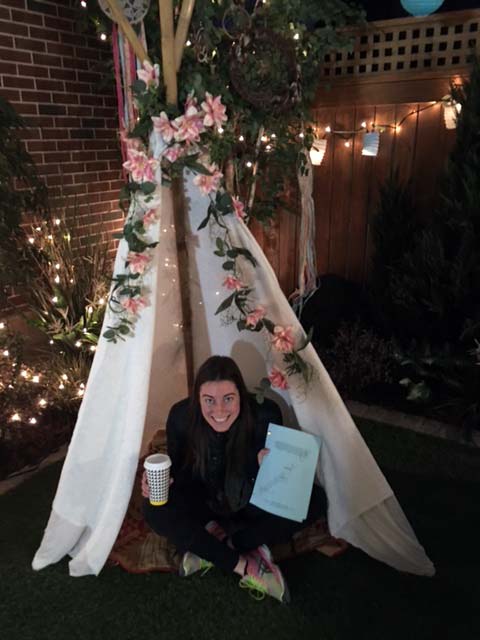 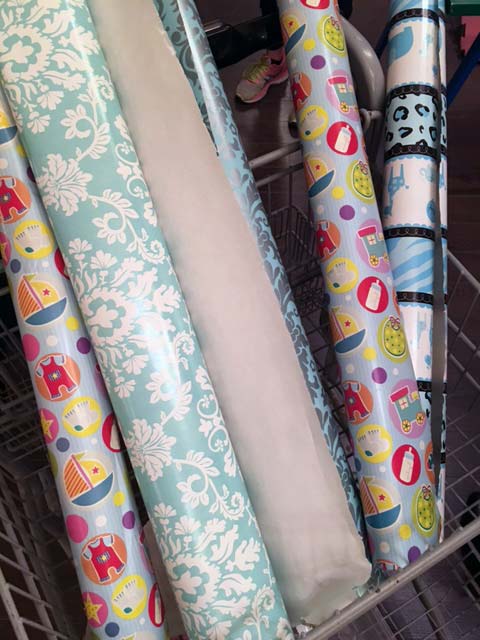 Fun Fact: John planned the exact same opening shot for this “real” baby shower to echo Helena’s dream baby shower in Season 3. We also used the same song in the background — both lovely mirrors of past and Easter eggs for close-watching fans.

Felix’s original pieces of art went to wonderful homes, and we wanted Clone Club to know. Tatiana, Stephen Lynch (makeup), Graeme, John, Jordan, Maria, Kristian, Mackenzie, Kerry, Kathryn, BBC America, and the real Cosima all received pieces that meant a lot to them. We even took down Felix’s wall in a way that huge portions of it were saved and auctioned off. And the door, including the screwdriver, will be on display in our Canadian network’s offices as a reminder of this amazingly little weird show that could. 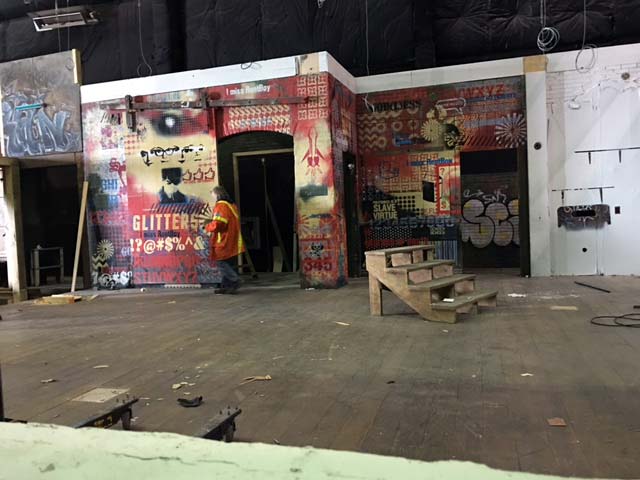 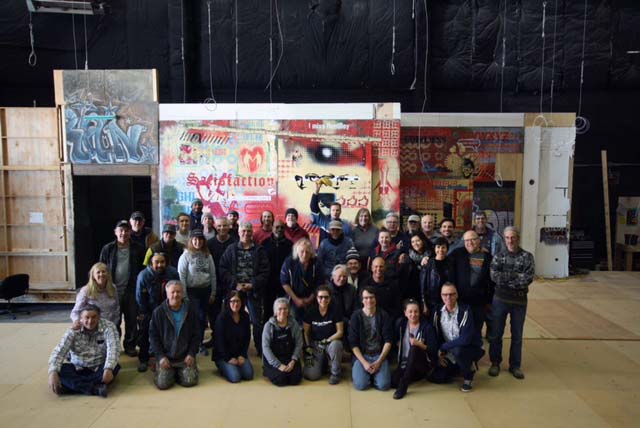 Fun Fact: Did you see in the final scene at Mrs. S’s that Sarah had hung up three portraits and some other pieces of Felix’s art? It was a gesture we wanted fans to see to know that Sarah’s building her own version of home inside S’s.