Ask Cosima: What's Up with Kira?

Editor’s Note: We culled your questions from Facebook and Twitter for this week’s questions. See Cosima’s responses below.

Cris K. via Facebook: Cosima, what is your thoughts on why Kira maybe psychic or has a connection to all the clones as she can 'feel' them to an extent!? Was this project Ledas goal to create neolution in a person; Kira who could possibly have self driven evolution?

Cosima: Kira’s “woo-woo” (as we affectionately refer to it in the writers’ room) is an important aspect of Orphan Black for at least two reasons: 1) it’s a thinly veiled commentary on tendencies towards Scientism; and, 2) a nod towards phenomenon we can neither predict nor plan for. It represents a host of things that we do not — and perhaps cannot — understand about what it means to be human. 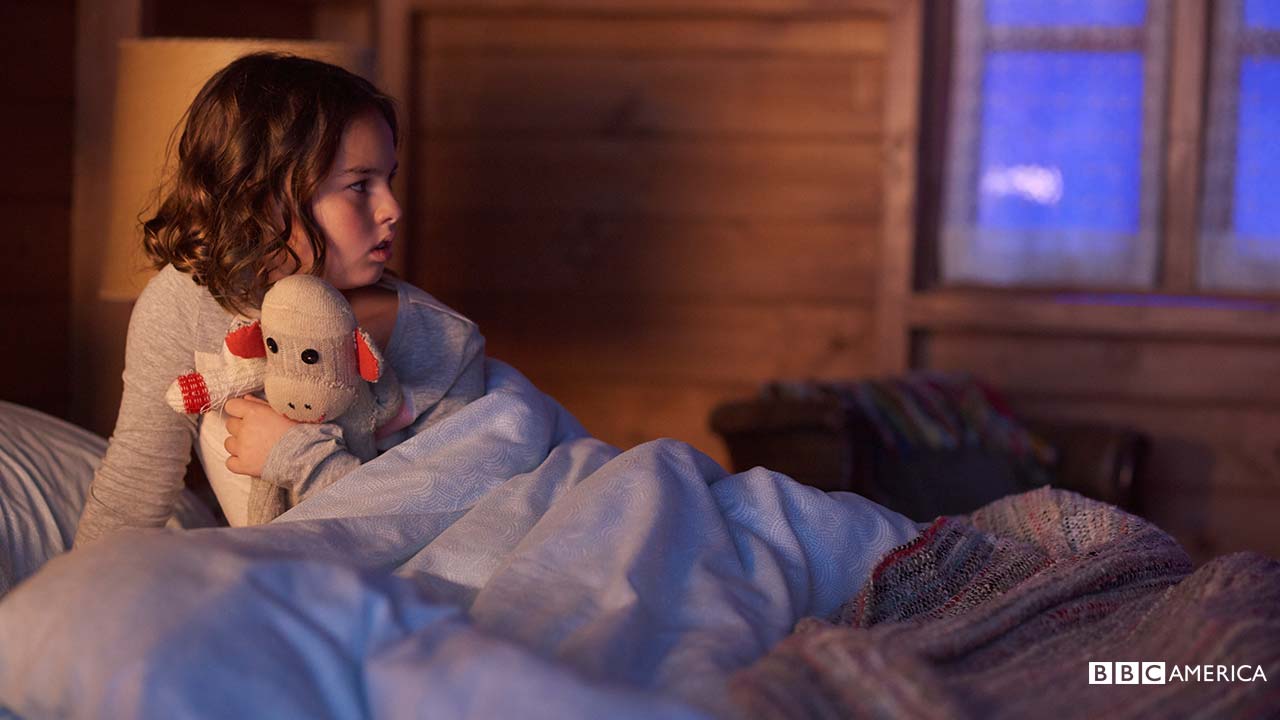 One definition of scientism that is commonly used is attributed to philosopher Tom Sorell who wrote, “Scientism is a matter of putting too high a value on natural science in comparison with other branches of learning or culture.”* (It’s not the only definition of course, but it will do for our purposes.) What this refers to, in a nutshell, is the belief that science and scientific methodology have the authority to trump all other forms of knowledge-making and claims of so-called truth. I put a lot of faith in science (and scientists) to reveal facts about the natural world — indeed in many aspects of my life I depend on it! But, science does not have the capacity to answer everything! Some aspects of the human experience are outside the purview of science — they are neither predictable nor analyzable by and through the scientific method.

Throughout the years of our friendship, Graeme (Manson) and I have spent incalculable hours discussing what it means to be "human," what it means to have a "human experience," what it means to love, to feel, to know, to understand, and what the limits to understanding and answering those questions may be. I think these are questions that most of us contemplate, and I certainly don’t have the answers myself. But, I don’t think that science per se has jurisdiction to adequately answer them.

Graeme has often said that, for him, Kira’s woo-woo is one of the most “human things about her (and by extension, us all).” She feels things in ways that perhaps many people do, but in ways that no one can really explain. It is an expression of love, intimacy, imagination, curiosity, and the ineffable sense of oneself and meaning in a universe that seems almost impossible to define.

Kira wasn’t planned. Sarah’s chance genetic mutation that allowed her body to overcome the genetic manipulations designed for infertility by the scientists that created her was unexpected, unforeseen, and undirected. Kira’s conception was contingent on all those factors. She is another way to explore one of the fundamental themes running throughout the Orphan Black narrative: chance, contingency, and the events that we just can’t see coming!

In Season V we’ll be taking a closer look at Kira and some of those strange, intangible qualities! 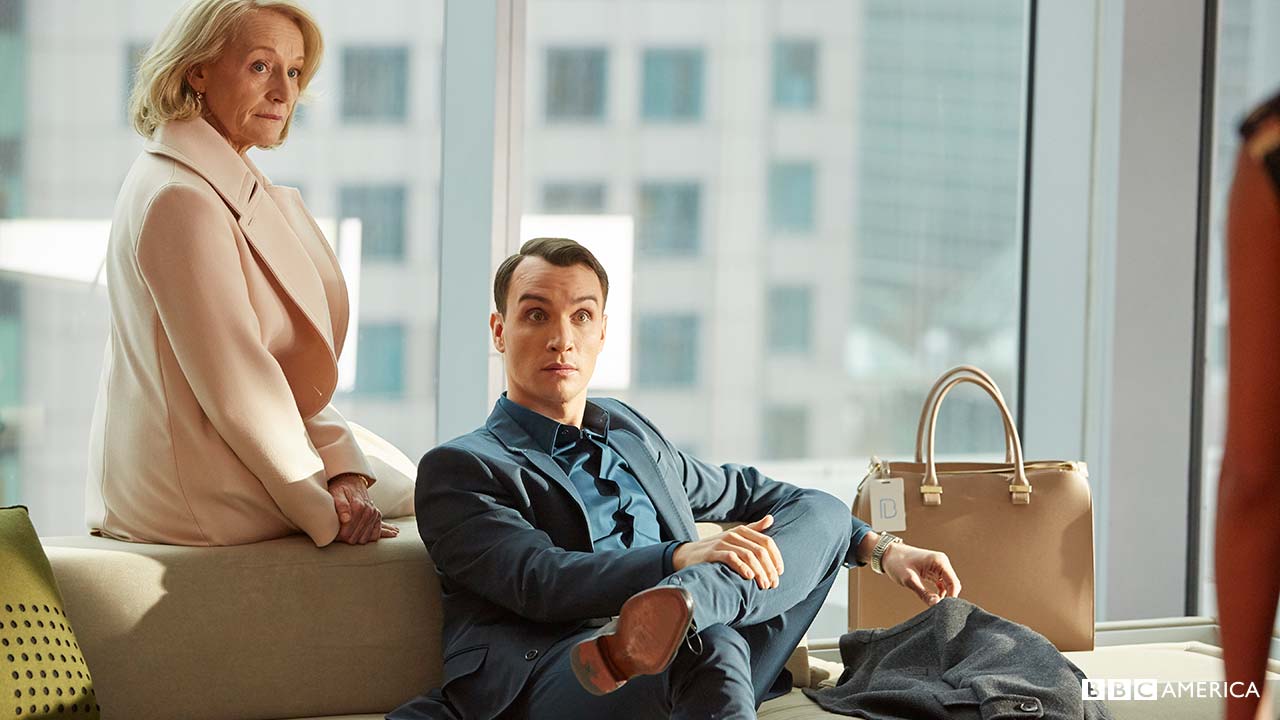 I don’t think any of us really thought too deeply about the intimate details of Susan and Ira’s romantic relationship, or the various ways that Susan might have escaped the dangerous effects of the fictional Castor pathogen except insofar as it may have been rendered null by her post-menopausal physiology. (But, at the risk of overstimulating your imagination, there are many ways she may have avoided coming in contact with the medium of its transmission!)

As a side note however, one of the things I find most exciting and interesting about Susan and Ira’s relationship is how uncommon it is to see portrayals of romance and serious mutual love between older women and younger men. Certainly we are inundated (indeed, perhaps even inculcated!) with depictions of heterosexual relationships between older men and younger women, to the degree that it is acceptably normalized. In writing Orphan Black, we take very seriously questions of female agency, the complex mechanisms involved in human sexuality, and romantic roles women have traditionally been expected to play in relationships. It seems to me one of the last frontiers that we — collectively in society — have yet to seriously accept regarding women and their sexuality is the fact that women over a certain age can, and do, maintain, engage in, and embody sexuality. We rarely deny sexuality to older men, yet still, for some reason, we continue to deny this to aging women, and are even often shocked by it. This role reversal in our narrative was deliberate.

Despite the stranger aspects of Susan and Ira’s relationship (and we really have no idea how long their romance has been in play, or how old Ira may have been when they fell in love — but we most certainly never conceived it as anything but adult and consensual) its depiction really has to do with contemplating how we understand female sexuality and how social conventions often guide our expectations of its engagement.

3. @innafan_Chakon via Twitter: Tell us something that Cosima (Tatiana) does and @RealCosima doesn't and vice versa. Love you all

Cosima: Well, Cosima Niehaus is a fictional character, and I try not to think about comparisons between us since that only inspires a self-consciousness that’s very uncomfortable. When Graeme was developing Orphan Black and asked if he could borrow my name for a character, I didn’t imagine that we’d share any personality traits. I mostly leave overall character development up to the expertise and vision of the writers.

But there are a few attributes that match, like the hand-waving, pacing, and physicality when Niehaus gets excited and tries to explain or converse about an idea. Although, I am most certainly goofier and less graceful. And, while I was born in southern Ontario, my parents met and married in San Francisco, and as an adult I spent 20 years living on the west coast (but I lived in Vancouver, British Columbia rather than Berkeley, California). From there, I moved to Minneapolis to attend the University of Minnesota for a short time while in grad school, and subsequently moved to Toronto for work just like the character did. The fictional Cosima and I seem to share similar views on the medical value of certain herbal remedies. 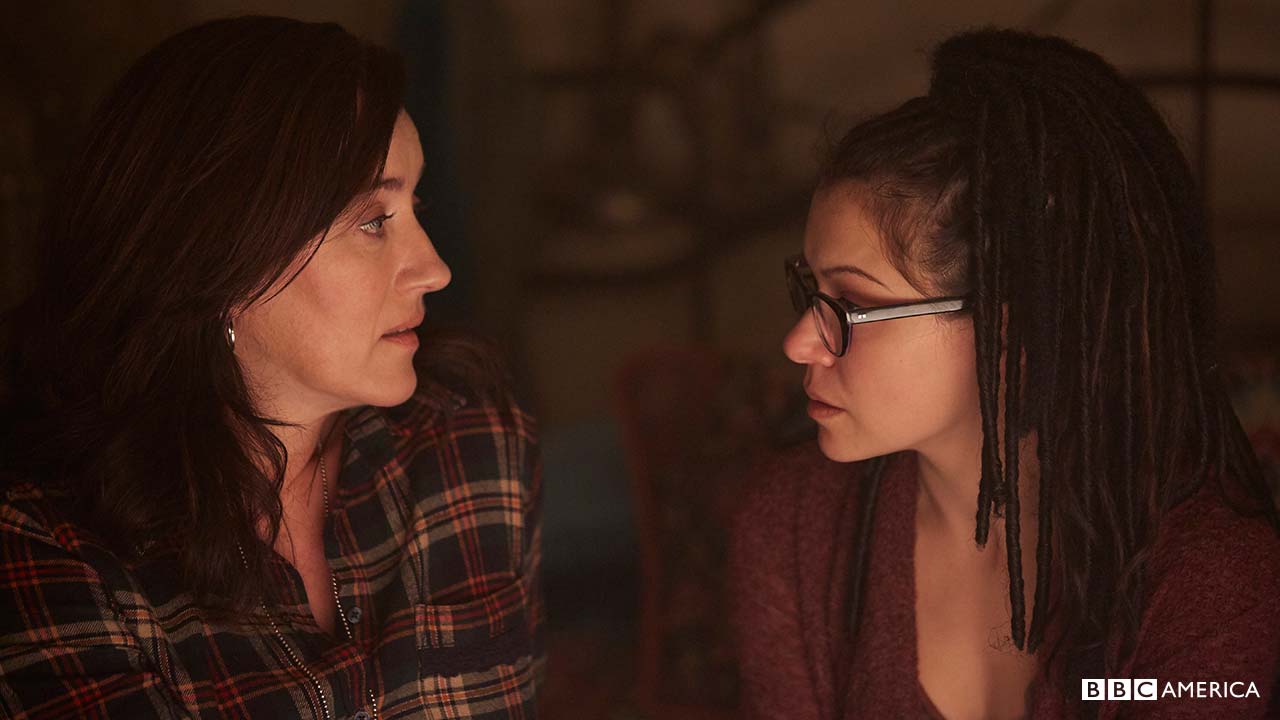 4. Darlene B. via Facebook: Cosima, have you ever felt that you had to "dumb down" the science to make it understandable to the majority of viewers? Also, has real science ever lost out to good storytelling? And if so, did it bother you?

And together with this one:

‏@wagwanheda  via Twitter: What has been the biggest challenge in bringing together tv and science‬

We definitely do not “dumb down” anything!

We spend a tremendous amount of time and energy thinking through ideas and concepts in such a way that they can be realistically and effectively depicted on screen. We explore both actual scientific research projects and practices from the "real world" – what you might call the "hard science" — and the philosophical questions that arise from those practices. Weaving them tightly throughout the general tapestry of the overarching narrative is one of the greatest challenges I experience in integrating science, and the philosophy of science, into a television production. How to get a complex idea across in 30 seconds of dialogue between, say, three people, and further, how to thread those concepts throughout not just one episode, but the season or series as a whole in such a way that they are not only understandable but exciting is so, so challenging! But that’s part of the fun for me!

Television is a very different medium for science and philosophy communication than is Academia, for example, where you’re allowed (even expected) to draw out your arguments, your evidence, and your theses for as long as it takes to effectively convince your critics of your claims. But in television, certain aspects of the hard science sometimes, by necessity, have to be reduced to overly specific or overly general statements, but this is hardly a dumbing down! In fact, we think very carefully about what, why, and how we present the science, and what it offers to the pace and quality of the story overall. It’s a very difficult and conscientious process of trying to communicate ideas in ways that must not only be efficient in the conversations amongst characters, but also visually and in overall tone where dialogue is not possible. This is a huge collaborative enterprise amongst the entire team that creates and produces Orphan Black. Just take a look at the wonderful Q&A conducted with the Art director and Assistant Art Director, Jody Clement and Joelle Craven, and with Prosthetic Makeup Supervisor Chris Bridges — these are just two examples of the amazingly skilled and hard-working experts that are in charge of creating some of the visual communication of science in Orphan Black — from Leekie’s partly decomposed head, to the maggot-bots, to the visual displays you see flitting across a computer monitor in the background of certain scenes.

To be sure, we grant ourselves some creative license in stretching the reality of certain aspects of the hard science we explore — like, for example, the central conceit of human cloning (which, to my knowledge, has yet to be achieved), or, as another example, the actual amount of time a particular practice may take to be accomplished, such as how long it takes to retrieve oocytes for in vitro fertilization (as with the use of Sarah’s eggs to create a blastocyst at the end of Season IV). But we painstakingly curate and extract particular ideas and scientific examples from the real world in such a way that they add to the richness and complexity of the story. Simplifying ideas is a demanding, and crucial, process of both explanation and story telling, but we do not “dumb down” anything.

5. ‏‬@fingrsxxcrossed via Twitter: What’s your favorite Cosima line from the show?

Cosima: Anytime, anywhere, and in any that way she mutters under her breath or directly exclaims: “bulls**t!” I like cheeky, anti-authoritarian defiance.