One more to go. One more hour to spend with the sestras. Until the feature film comes out, I guess. OK, hold on — there aren’t any real plans for a feature yet, as far as I know. But the rumor started here!

I hope you enjoyed 509. It was a rollicking ride, even during the script stage. In fact the version of 509 you saw was, in many ways, not at all the version anticipated as we broke the season. You see, the original vision of this story had Sarah returning to the island, sort of an Apocalypse Now version of Orphan Black. Sarah was going to go “up the river” to find P.T. Westmoreland, a.k.a Colonel Kurtz, and end this thing once and for all. That was the version that was in Graeme and John’s heads early on, anyway. Even as far back as Season 4, if I recall correctly. 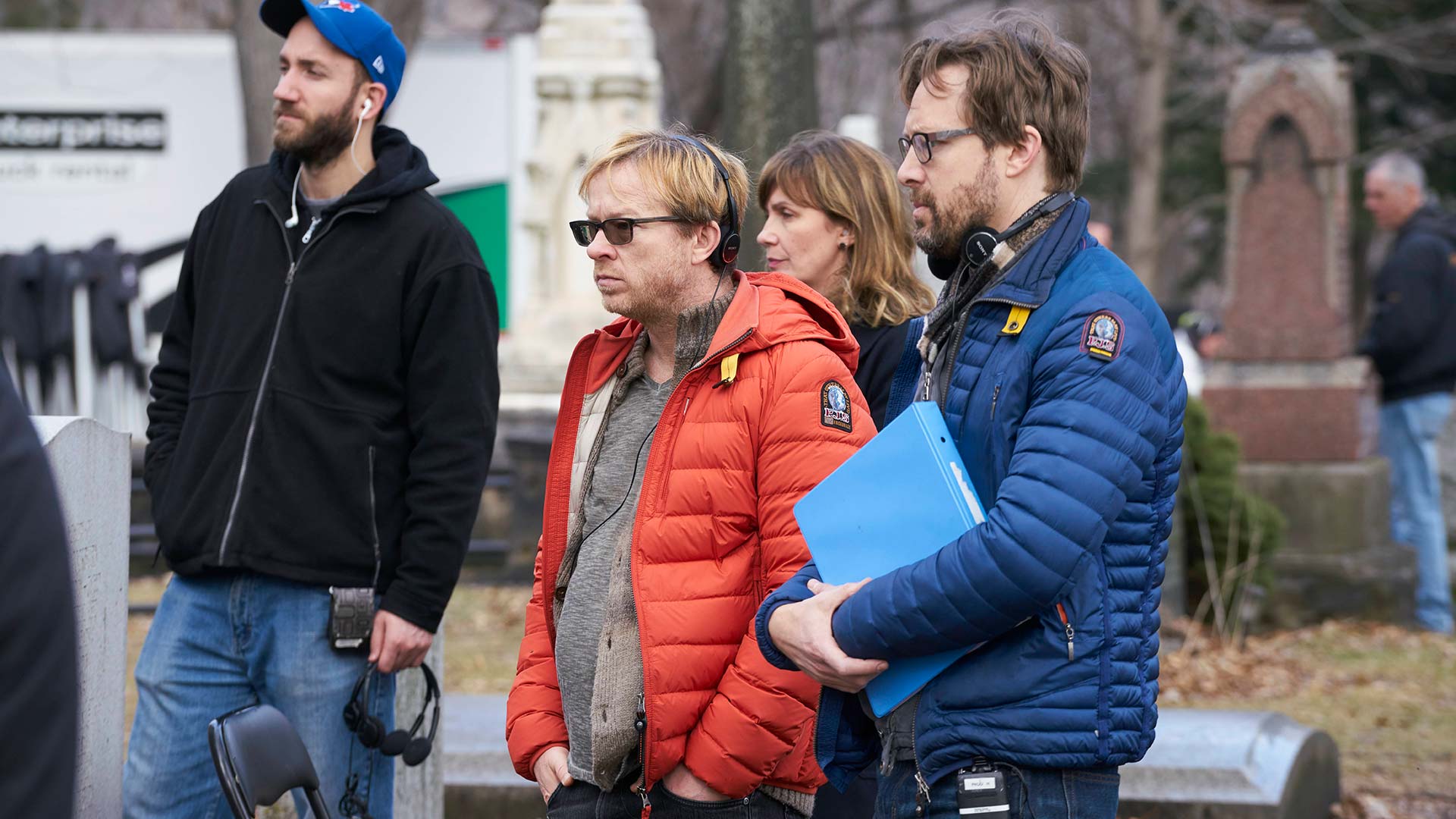 But a strange thing happened during the conception and writing of the script. Some of the creatives started to wonder if we were in the right setting and ending the series with the right message. I wasn’t privy to all the machinations behind the scenes. I was the yeoman, busily scripting the original vision. But a tandem of young creatives began pushing against the current — Renée St. Cyr, writer and story editor, and Mackenzie Donaldson, one of our producers.

They kept asking: why are we going back to the Island? They felt we’d been there; we’d done that. They thought Sarah should be making use of her friends, her allies, her team. And it’s tough to argue with that. Because if there’s one thing we’ve learned through five seasons producing this show, it’s that working together makes us stronger. And that message resonates not just for us producing the show, but for the clones and their allies as well. The truth is, we all had nagging concerns. We’d been on the island quite a bit of Season 5 already. And now it was the middle of winter in our production season. We all worried whether we be able to do the exterior scenes we wanted with our limited production budget, and whether we would be able to make Sarah’s return to the island feel truly fresh.

But these badasses kept asking the questions. They persisted. And other voices joined them. Claire Welland, our Production Manager, was asking those same questions behind the scenes. And when Tatiana chimed in, well, that’s when the tide turned. She definitely saw the benefits of pivoting back to a story set on the mainland.

I recall I was rewriting Act 2 on a Saturday, a week into prep. That is no time to fundamentally change a script, I will have you know. There’s simply not enough runway left. But there I was, rewriting Act 2 with the best of intentions. With grit and moxie. With a burning desire to do these characters justice and end the series right. When my phone buzzes. It’s Graeme texting: "Put a glass of scotch in your hand and I’ll call you in five."

I stopped typing. I knew what was coming. Graeme called and said he’d thought it all through. That he agreed we should change directions. I took a big breath, and told him I was down with that decision. And I think by then we all knew it was the right call. And the reason we were able to do it with so little time to prep is that we have this amazing crew and cast and team of writers. We’d actually overhauled a few scripts at the last moment before, so we’d been here, and we knew we could dig out of it. That’s a testament to Graeme and John who, even after we were committed, were able to change tacks with confidence.

The rest was a blur. We re-broke more than half the episode in two days; rewrote the first draft script in the next three, with huge contributions from Renée, and, of course, Graeme. So this story, this script, was very much a group effort. Tatiana herself made fantastic suggestions about Sarah’s grief, about the riveting scene with the nun in the tease. About pretty much everything.

And the other hero here was our director David Frazee who wasn’t fazed or frightened by our late changes. That guy is so tough, calm, smart, and determined, all he saw were the great possibilities the new material provided.

The shooting was a lot of fun. Great locations, as you saw. The funeral was a beautiful sequence. It really felt momentous and emotional filming that scene. Even somber, like a real funeral. I saw each of our actors preparing themselves for the scene. At one point, Jordan was listening to music on his headphones and I just saw him break — and we hadn’t even started rehearsing. It was that moment that I realized what a family they had all become.

The church was such a great backdrop for Helena as a child, for Helena’s first kill. The young actor, Habree Larratt, who played young Helena was so courageous, and Tatiana was a brilliant acting coach. She made sure to be available to young Habree, to suggest certain physicality that would reflect Helena’s behavioral traits, her way of being in the world.

And returning to Dyad just felt right. We had some discussions prior to filming regarding Stephen Mchattie’s portrayal of P.T., and how to imbue him with a sense of urgency and violence. We wanted to make this old man a villain to be reckoned with, and we were thrilled to see the anxiety and intensity he brought to the role in this final movement.

I won’t tease next week’s episode much, expect to say that I love how the series ends. I love that Graeme and Renée have taken the emotional time on screen to end it well, to remind us of these characters’ deep humanity.

Thanks for watching. I’m so proud of this show and to have been a part of it.