Welcome to this week’s Doctor Who’s Day roundup, a magpie’s nest of shiny fan-made stuff and nonsense from the past week on social media and the internet.

And we begin this week with this, a trailer for an audio drama:

Sounds pretty good, right? What if we were to tell you that this particular drama was created in just 24 hours by two ardent Doctor Who fans?!

• The Ninth Doctor is back. Again! 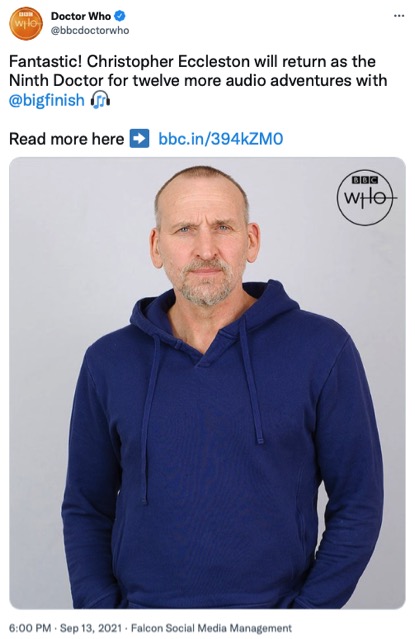 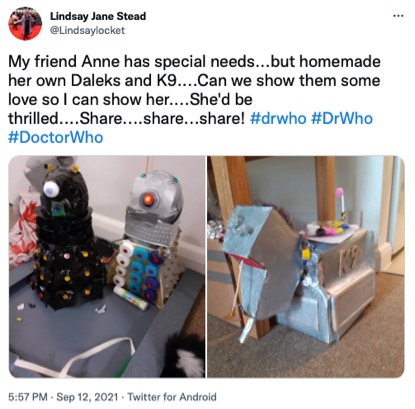 • This portrait of Twelve: 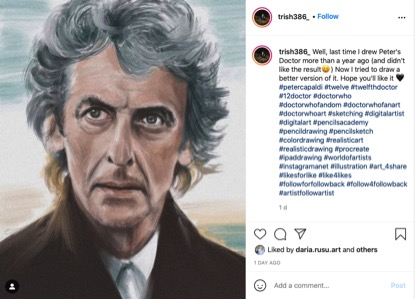 • And THIS portrait of Twelve: 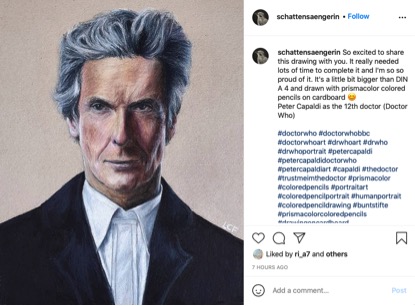 • And this brilliant portrait of Thirteen: 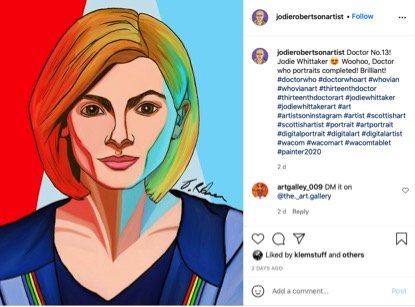 • YouTuber Chucky specializes in reimagining and lovingly rendering Daleks for computer animation. Here, for example, is their paradigm Special Weapons Dalek, a continuation of the designs used in “Asylum of the Daleks”:

• And here’s the Time Eternal, which they describe as, “an evolution of the yellow and black Eternal Dalek, drawing inspiration from Big Finish's Dalek Time Controller and Dalek Time Strategist”:

• Clara’s view of the Doctor’s regeneration gets an anime facelift: 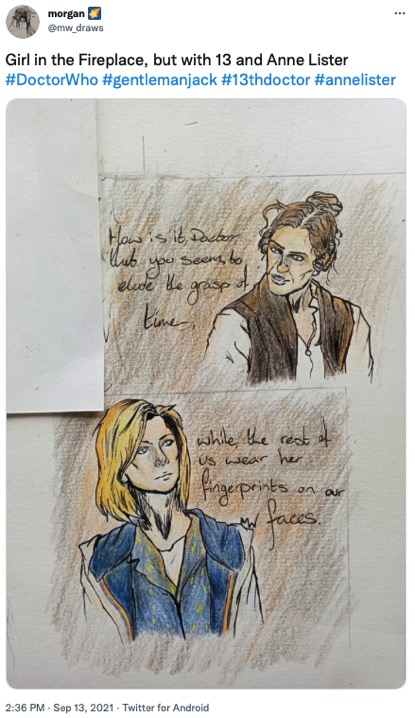 • The Doctor keeps the nastiest company:

• All of the Doctor’s regeneration energy has been channelled into this lyric video, featuring the song “Don’t Shut Me Down” by ABBA. We have no idea why: 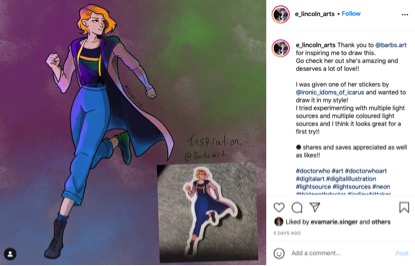 • A collection of highlights from Season 12: 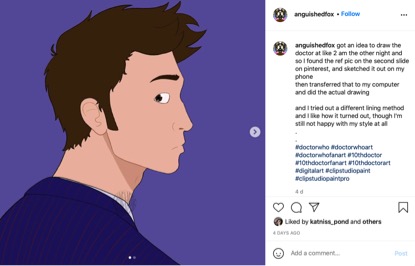 • While Thirteen looks the other way: 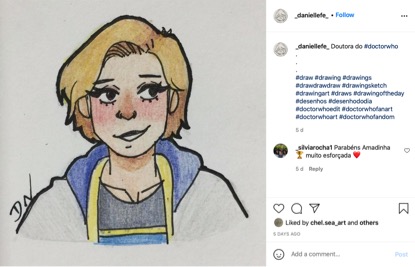 • The Eleventh Doctor has been given Andrew Garfield’s face. So he’s officially Spider-Man now: 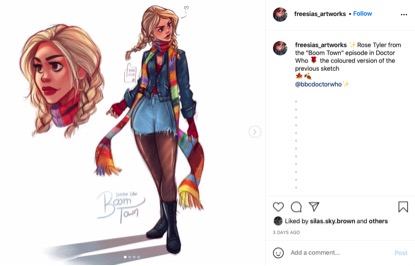 • Nine gets an overdue fashion makeover: 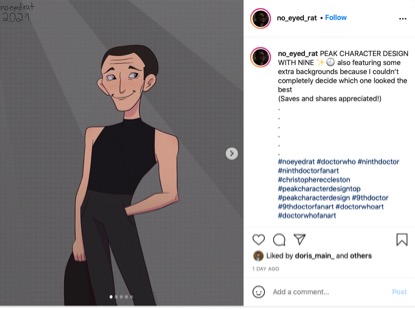 • And to round things off with something every bit as wonderful as the thing we started with, how about this superb animated recreation of a moment from the First Doctor adventure “The Daleks’ Masterplan”?

And with that, our work here is done. TTFN!