(Photos: BBC America)
Killing Eve kicked off in 2018, capturing the world’s attention. And here we are, heading into the fourth and final season, premiering this Sunday, February 27.
It’s not just the cat-and-mouse storyline that keeps us coming back for more, the look of it is transfixing.
It’s seamless how serial killer Villanelle (Jodie Comer) walks into any situation, donning a new persona, completely unsuspected. And, it’s not just her, Eve (Sandra Oh) also gets in on the disguise game.
Let's go back through some of these incredible moments of craftiness:

1. That Time Villanelle Crashed a Party 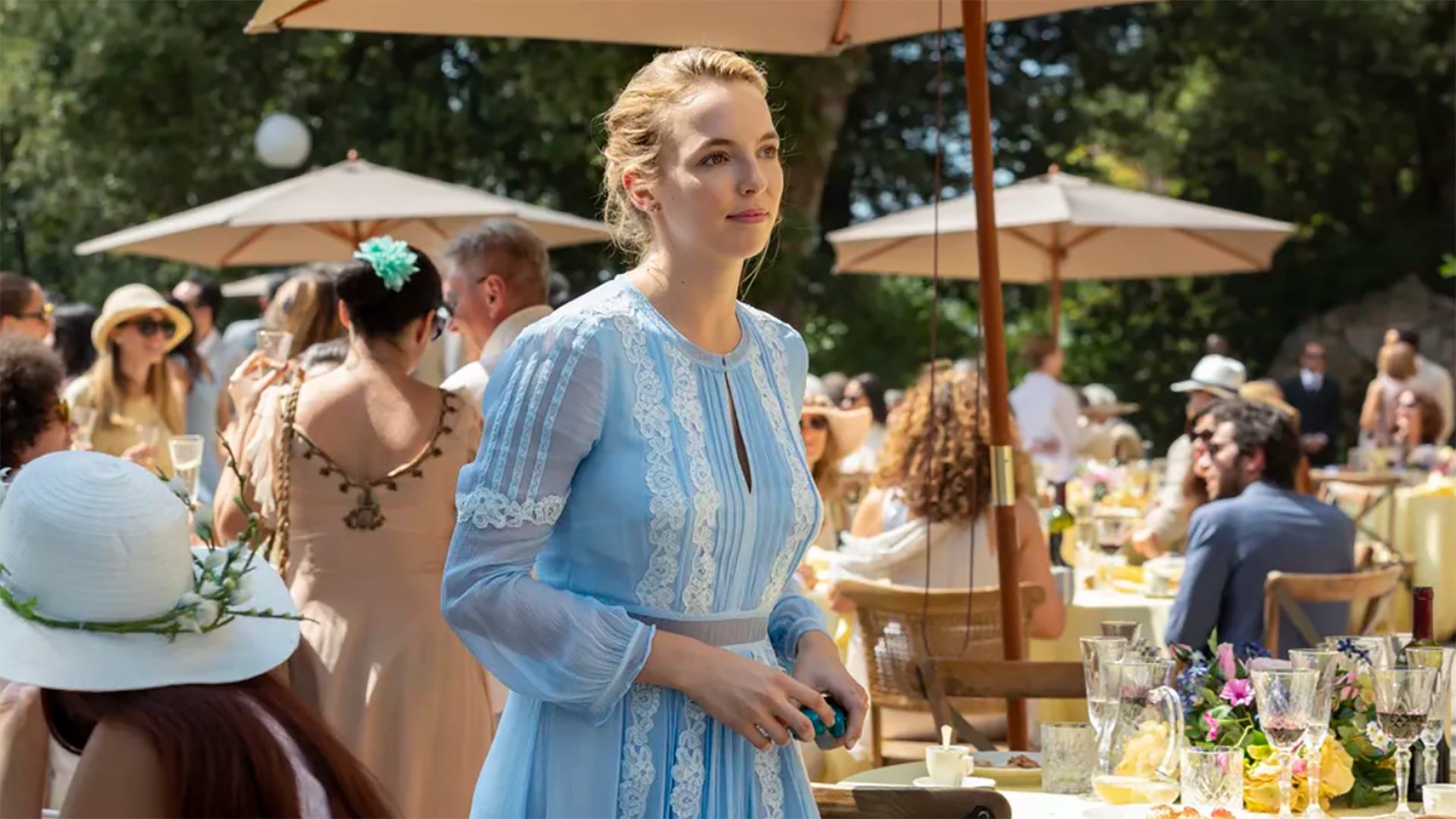 In the series opener, Villanelle motorcycles to a villa in Tuscany. From there, she scales the side of the stone manor, changes into a peasant dress pulled from the matriarch's closet, and joins a family celebration in the garden. Let’s just say, she was not invited. Even so, no one noticed her being out-of-place.
Maybe it was the innocence of her ensemble. Or, her just playing it oh so cool.
She even disguises her weapon, pulling a hair stick out of her bun, that doubles as a deadly syringe. 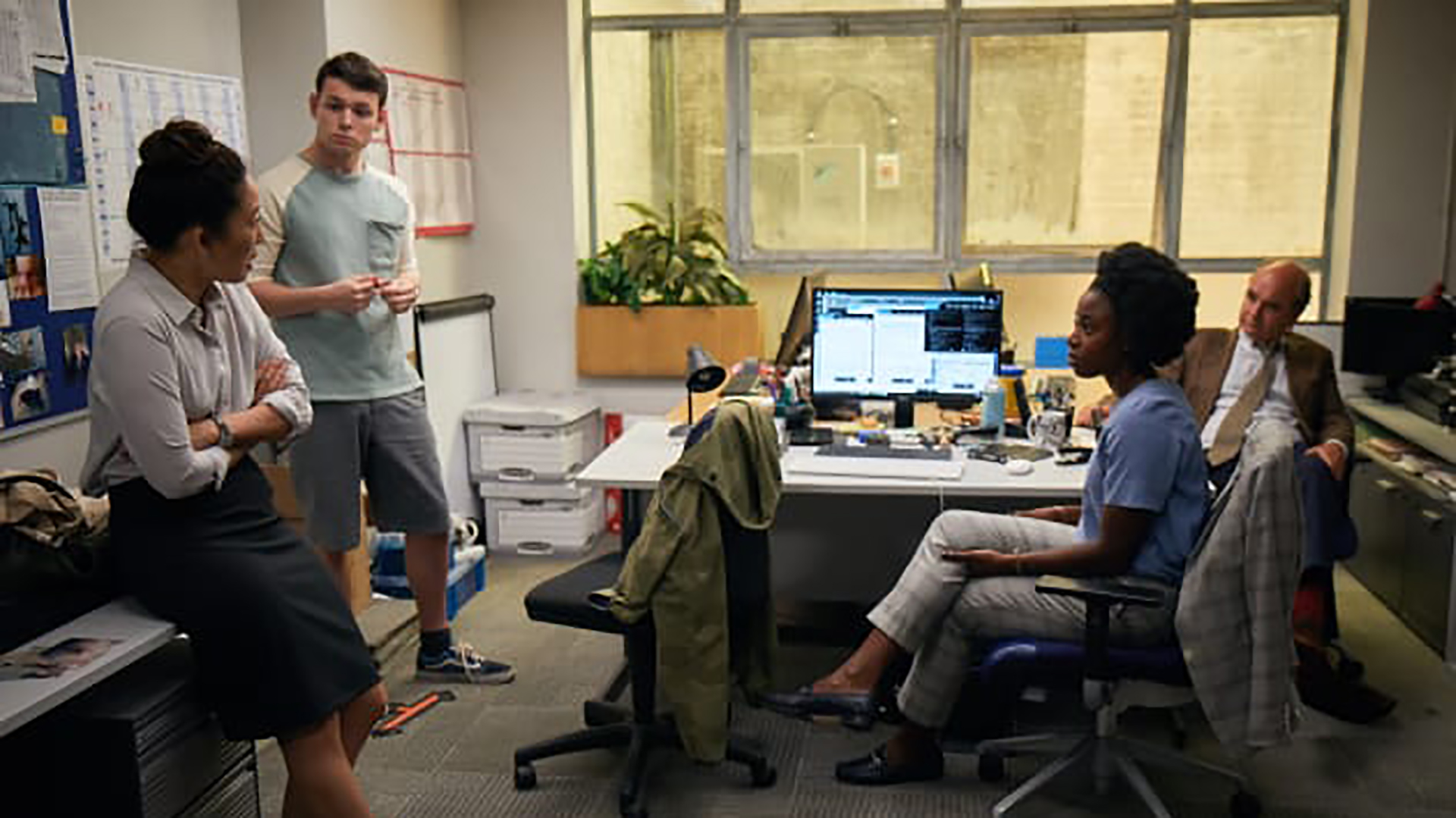 When we first meet Eve, she’s working for the MI5 as an analyst. Very quickly, and very unexpectedly, she’s recruited to head up a team for MI6, but it’s very under the radar. While Eve is more than equipped, it’s all so fast and all so new that she pretty much has to act the part.
Her friend and colleague, Bill, is now reporting to her. He’s okay with it, but there are some growing pains.
It makes us think of the expression, “Fake it until you make it.”
3. That Time Villanelle Worked as a Caterer

Anyone who has worked as a server, knows the drill. The uniform is pretty much black slacks and a white shirt. Which is what we saw Villanelle wearing, when dipping into a catered affair. While not an employee whatsoever, she was given directions like a legit staffer.
Her full fringe (bangs) also gives her something to hide under, helping her blend in with the overworked waiters.
From there, she's able to get close enough to her target, spraying her with perfume, topped-up with poison.
4. That Time Villanelle Approached a Suit 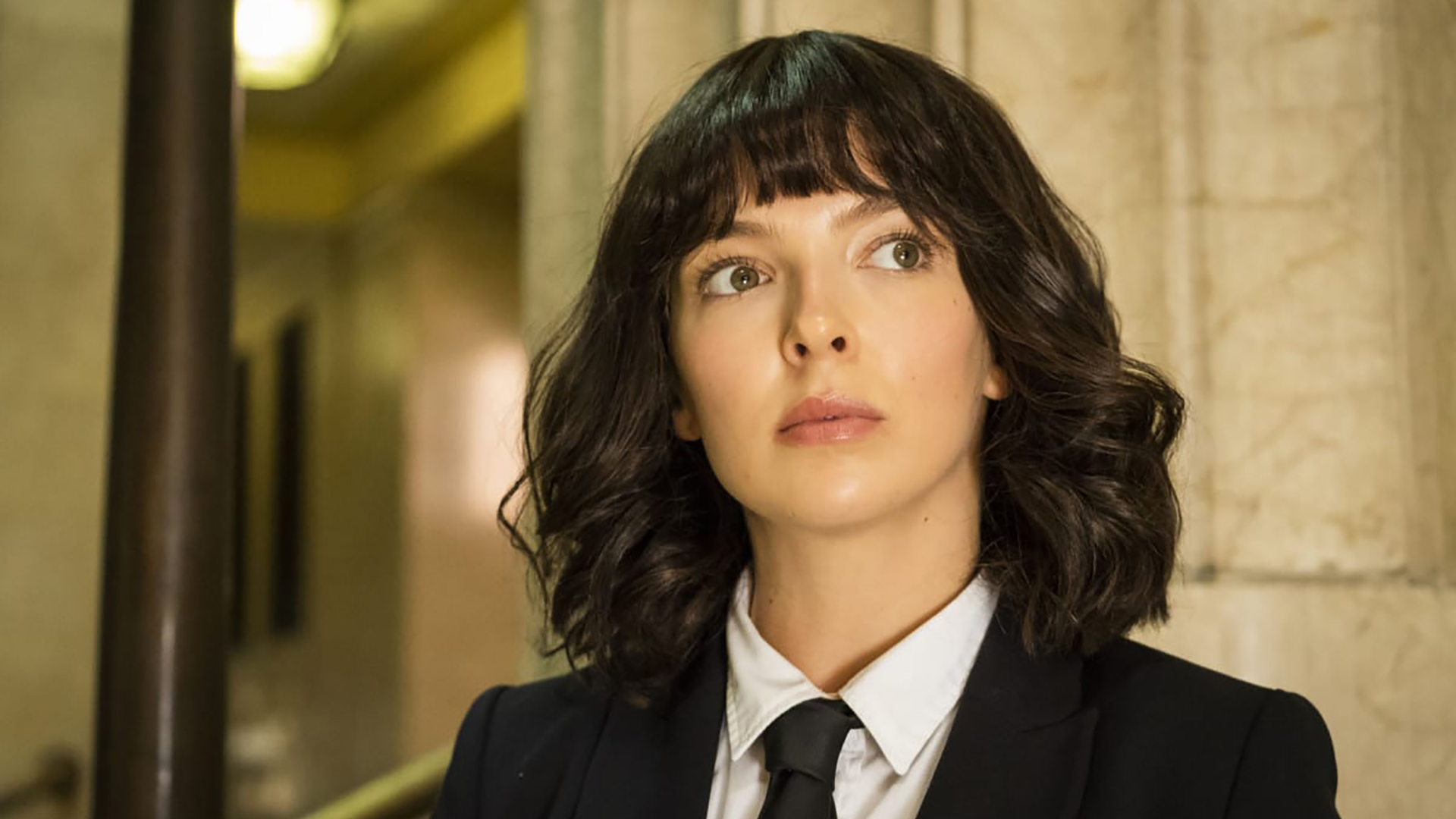 We see Villanelle at what appears to be a financial institution. She approaches a gentleman, asking him for advice on how to gain employment, possibly as an intern. She puts on a Scottish accent and has dressed business smart. Her enthusiasm for the industry is even part of her method.
While the man does engage with her, he’s slightly dismissive, with her (intentionally) coming across as hapless.
Villanelle reaches into the elevator to caress his tie, taking a firm hold of the neckwear, as the doors close.
5. That Time Villanelle Attended a Work Get Together 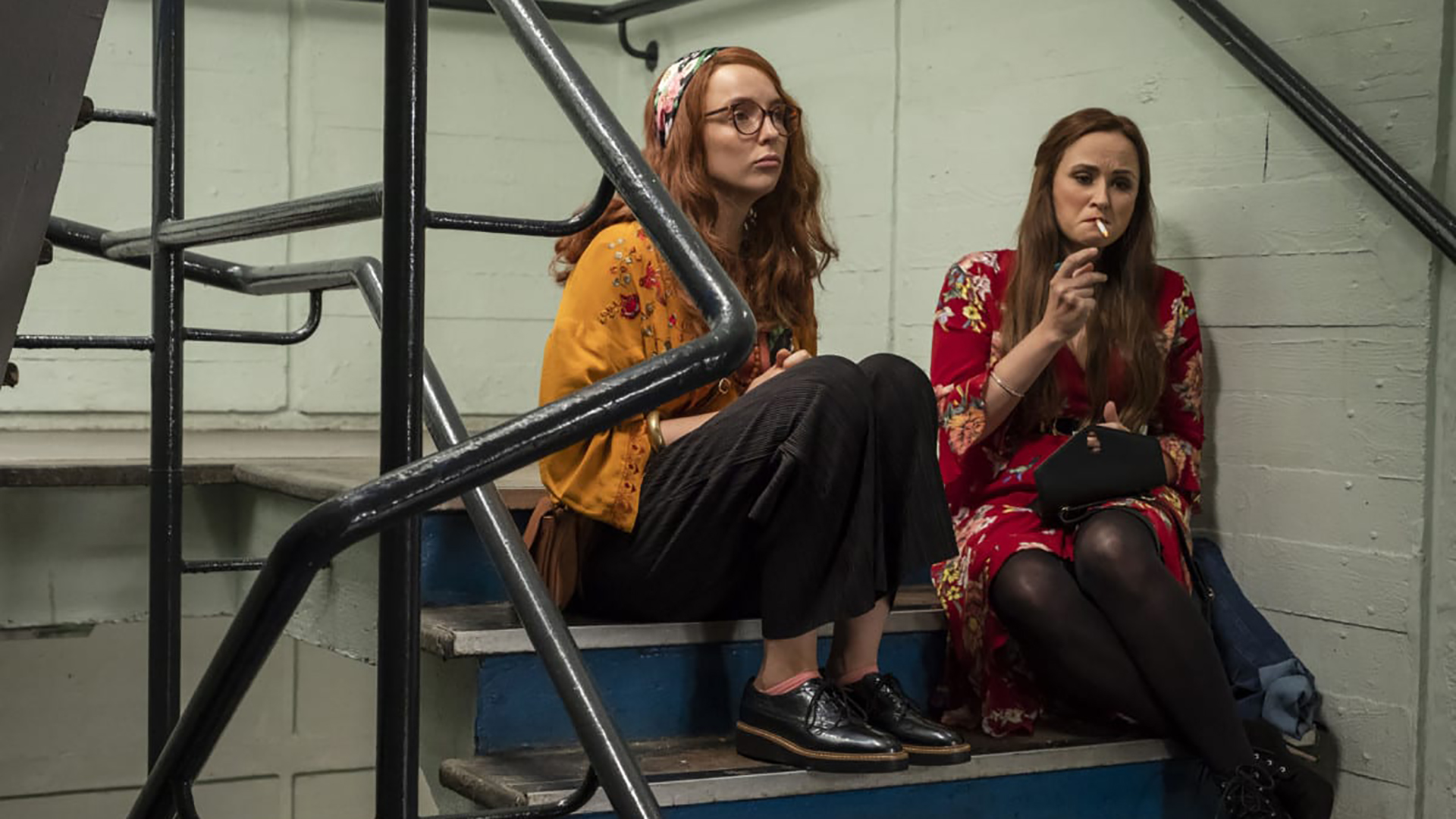 Eve’s husband Niko is a teacher, so the couple go to his school for an event. Villanelle makes her entrance unnoticed. She’s dressed for the occasion, going the bohemian route. She finds Niko’s "work wife" and possible love interest in the stairwell, sneaking a cigarette. We’re getting an art teacher vibe from Villanelle.
She doesn’t just disguise herself as one of them, she disguises herself as a friend and confidant.
Villanelle doesn’t go in for the kill, but uses the time wisely, getting intel on Niko and Eve’s relationship.
6. That Time Villanelle Showed Up in a Sex Window

The storyline takes us to Amsterdam, where we head to the Red Light District. There’s a woman donning a piggie mask and cotton candy-colored lederhosen. There’s no way of us knowing it’s Villanelle underneath, but… we know. Her personality is strong enough to shine through.
It’s not just what she’s wearing, it’s her body language — it’s very enticing.
So enticing, that a man follows her into a room without question and is at her disposal (literally).
7. That Time Villanelle Infiltrated a Tech Billionaire’s Inner Circle 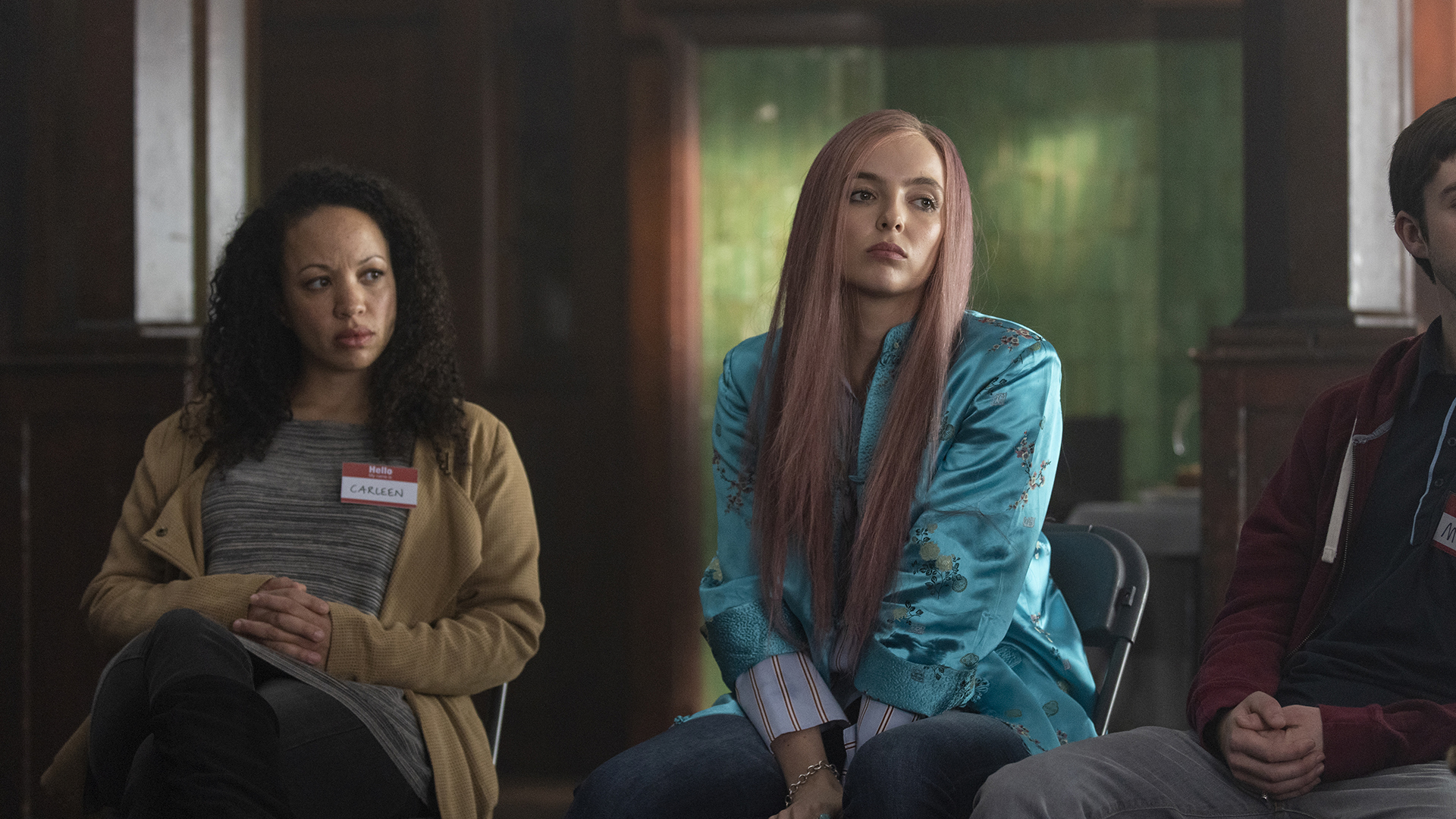 Switching gears, Villanelle goes the more vulnerable route, sitting in at an AA meeting. She introduces herself as Billie, and tells her story of despair. She does so, to get close to a girl named Amber. It’s not Amber who she’s after, it’s Amber’s brother, Aaron.
Billie has long pink hair and a flat accent. She’s not damaged, but she’s sad. It seems to speak to Amber.
Aaron’s inner-circle is so small, that it’s just him and his sister. And now, Billie/Villanelle.
8. That Time Eve "Borrowed" a Maid's Uniform 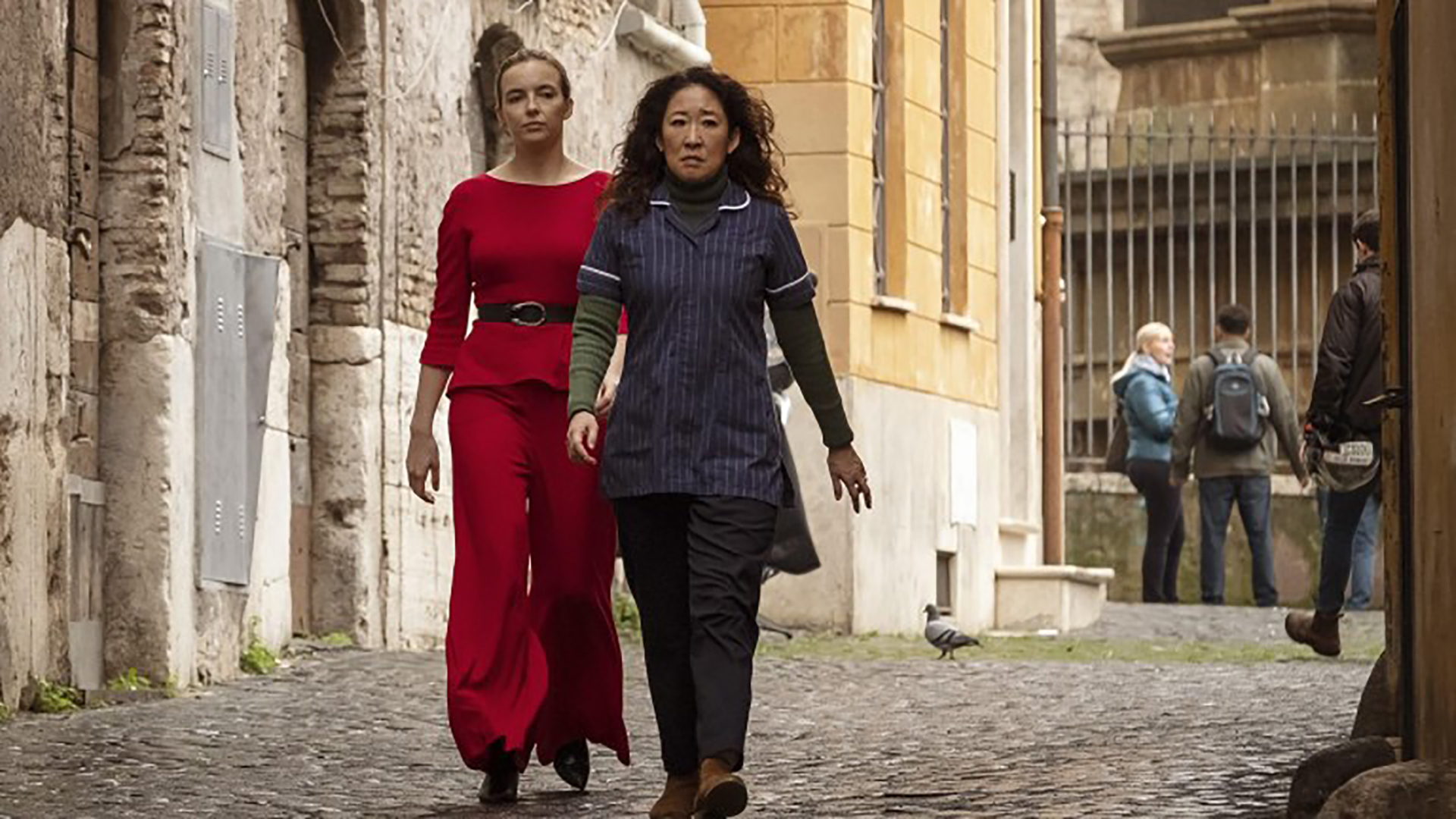 While Villanelle is getting cozy with Aaron, Eve is listening in via surveillance equipment. She hears Villanelle say the safe word, which is "gentleman," and jumps into action. Eve grabs a maid's uniform from the hotel she's staying at, throws it on, and heads over to Aaron's place. She doesn't show up empty-handed, though, also carrying freshly laundered towels.
Eve is good at this, relying on props to help her get past security.
She also speaks in Korean, which utterly confuses the guards.
9. That Time Villanelle Made a Delivery to a Spice Shop 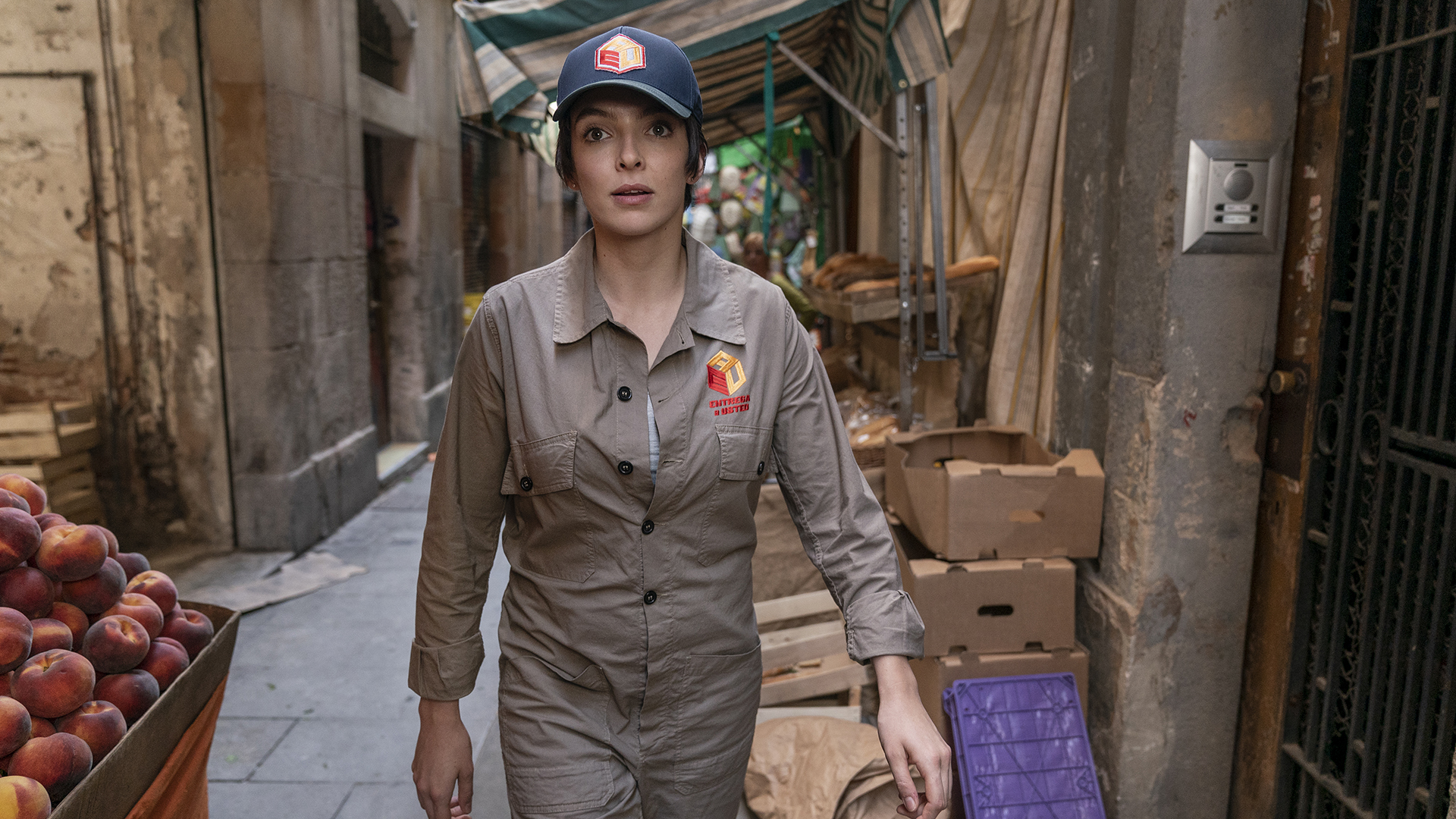 Villanelle poses as a worker bee in Girona, Spain. We see her in a khaki jumpsuit, cropped hair, topped with a rimmed cap. She’s pulling a hand truck stacked with boxes. As she enters a spice shop, all seems well. That’s until the shopkeeper trustingly goes back to work, climbing a ladder, and Villanelle strikes.
She gives the ladder a jolt, sending the woman flying off, hitting the ground hard. But, that’s not enough for Villanelle. She's sending a message to Dasha, her trainer, so she recreates one of Dasha's most epic kills by pouring spice into her victim's mouth.
10. That Time Eve Hides in Plain Sight 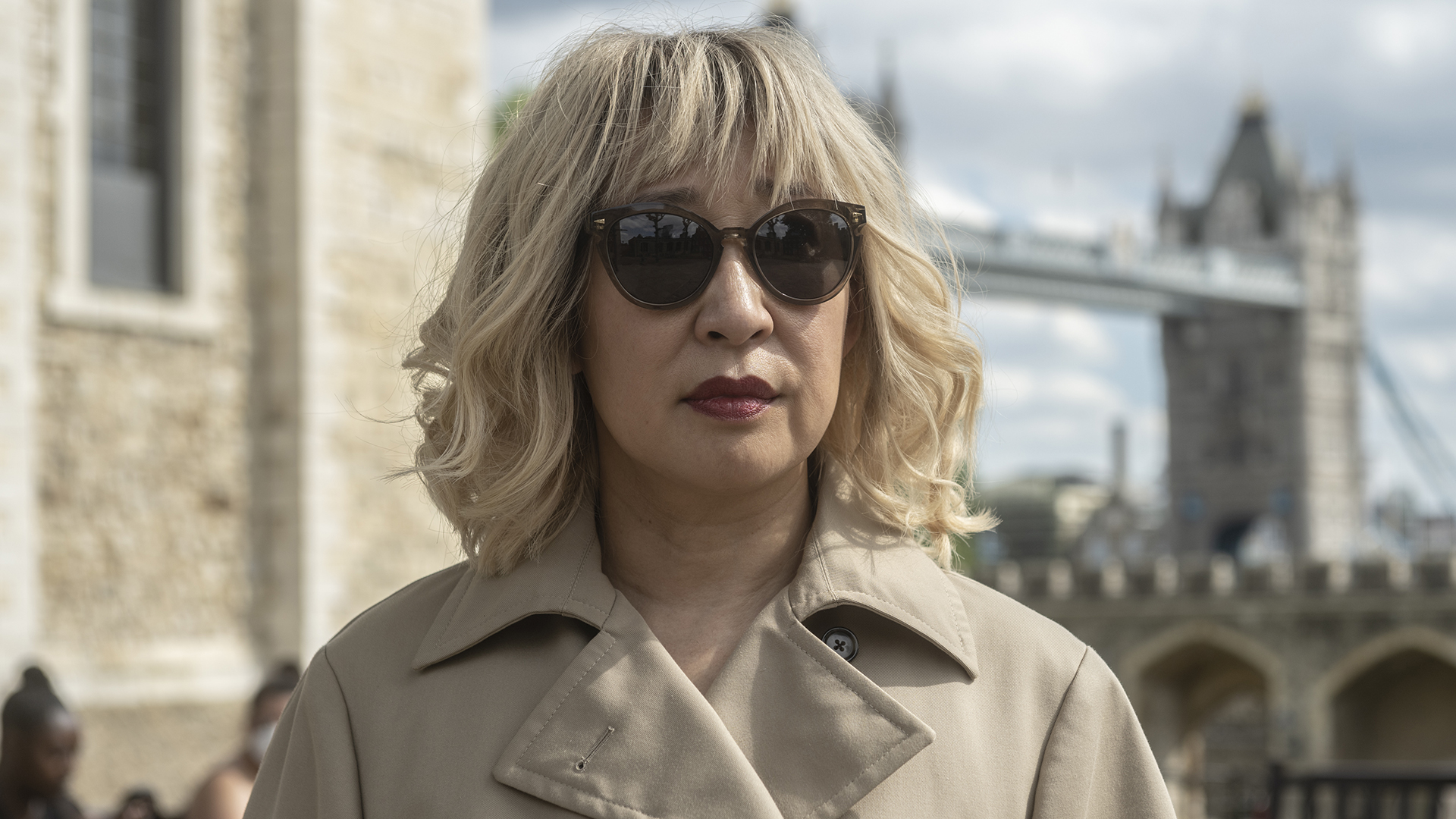 Notice how we switched to present tense in the above header? That's because this scene hasn’t happened yet, it’s about to… In the forthcoming season, we can look for Eve going incognito. She’s in very traditional spy gear, made-up of wig, trench coat, sunglasses, and a bold red lip.
She has done her research on how to conceal her distinguishable traits.
Since the season hasn’t aired yet, we won’t guess what Eve is up to (no spoilers over here). But, we will say, she is definitely up to something.
And, we can’t wait to find out what it is, this Sunday, February 27th at 8pm EST!
Are you looking forward to the return of Killing Eve?