By Brigid Brown | 10 hours ago

(Photo: Getty Images) We really enjoyed Krysten Ritter in the title role of Jessica Jones (2015-2019) as the street level superhero, starring opposite Anglo favorite David Tennant as the villain Kilgrave. Ritter has signed on for a new project, set to star in HBO Max’s Love and Death, reports ComingSoon.net.  The true crime drama revolves […]

If mystery-thriller is one of your go-to genres, then Only Murders in the Building may already be on your watch list. The series, co-created by and starring Steve Martin, premiered this past August. Of course, with Martin on board, there’s a lot of comedy to help tell the story. The folks over at Hulu turned […]

By Brigid Brown | 2 days ago

2021 Fall TV Preview: From the Return of ‘The Morning Show’ to the Premiere of AMC+’s ‘Ragdoll’

(Photos: Getty Images) The air is getting a little cooler and with that, fall is on its way. Also, TV channels are gearing up for new programming. We all have our go-to series, and with the good comes the… hiatus… and we are left waiting for a new batch of shows to come out. We’ve […]

By Brigid Brown | 2 days ago

(Photo: Getty Images) The name of director Olivia Wilde‘s latest film, Don’t Worry Darling, really… it just make us worry. It seems like something is amiss. The story revolves around a 1950s housewife whose life is about to unravel, starring Florence Pugh in the lead, reports ComingSoon.net.  According to the movie’s description, she is living […]

By Brigid Brown | 3 days ago

(Photo: Getty Images) Star Trek is the franchise that keeps on giving. The original series, which kicked off in 1966, only ran for three seasons. But, even so, it became a pop culture phenomenon, with a number of spinoff series and films since then. We first saw Patrick Stewart as Captain Jean-Luc Picard in Star […]

By Brigid Brown | 6 days ago

New Trailer: Keanu Reeves and Carrie-Ann Moss are Back for ‘The Matrix Resurrections’

(Photos: Getty Images) It was first announced in 2019, that The Matrix is getting a fourth installment, called The Matrix Resurrections. Original cast members Keanu Reeves and Carrie-Ann Moss are both set to reprise their roles, but neither Neo or Trinity remember each other or what happened leading up to present day, as seen in […]

(Photos: Getty Images) Olivia Colman and Colin Firth star opposite each other for the first time, in the forthcoming Mothering Sunday. Based on Graham Swift‘s 2016 novel by the same name, the script is written by Alice Birch (Normal People) and directed by Eva Husson (Hannah TV series), reports Deadline.  The story takes place on […]

Ten Films Revolving Around Seniors and What Life Brings: From ‘The Best Exotic Marigold Hotel’ to ‘The Duke’

(Photos: Getty Images) Some of our favorite actors are in their 60s and 70s (and climbing). They’ve not only lived a lot of life, and produced a lot of work, they also portray characters depicting what it’s like for someone to reach their senior years. Like, in The Duke, starring Jim Broadbent and Helen Mirren […]

(Photo: Getty Images) Helen Mirren has signed on for a new role. You can look for her in the forthcoming noir film Sniff, reports Empire Online.  It’s not just Mirren, she’ll be starring opposite Morgan Freeman, Al Pacino and Danny DeVito. We did mention this is an all-star lineup and that was not an overestimate. […]

(Photo: Getty Images) In February, it was announced that Killing Eve‘s Phoebe Waller-Bridge would be starring in the Mr. and Mrs. Smith TV series, based on the 2005 movie. Since then, there’s been a turn of events… Waller-Bridge has stepped away from the project, reports The Hollywood Reporter, citing a difference of “creative vision”  between […] 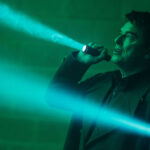 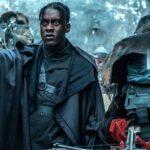 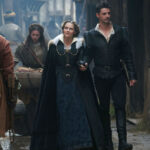