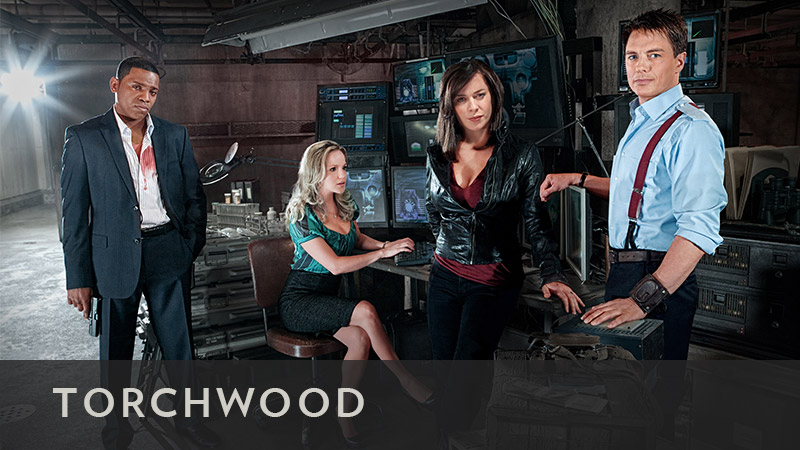 The Torchwood Institute is the name of a secret organization set up to combat alien threats to the human race. Initially founded by Queen Victoria herself, Torchwood’s head office was based in the Canary Wharf tower in London’s docklands. However, a devastating alien attack (shown in the “Doctor Who” episode “Doomsday”) left virtually the entire staff dead, the organization without a leader and the tiny Cardiff field office to defend humanity on its own. Well, almost on its own…

Torchwood’s small Cardiff office (known as “The Hub”) was established at the end of the 19th Century, on top of a rift in space and time. People, objects and creatures from across the Universe and from all periods of time often find themselves “washed up” in Cardiff—and it’s Torchwood’s job to assess the threat to humanity, to either capture or destroy them if they are dangerous or care for them if they’re not. Torchwood often works in partnership with UNIT, the Unified Intelligence Taskforce—a large-scale international armed force with many decades of experience in fighting alien invasions on Earth.

In this 10-episode miniseries produced by Starz, a mysterious global phenomenon causes everyone in the world to stop dying. People age, get sick and hurt—but they never die. The result? A population boom overnight. With finite resources, it is calculated that in four month’s time the human race will cease to be viable.

Torchwood, decimated after the encounter with the 456 in “Children of Earth,” is resurrected by CIA agent Rex Matheson and his colleague, Esther Drummond, to investigate the cause of this global conspiracy. Reluctantly, Gwen Cooper, in hiding with her husband and baby daughter in Wales, comes out of the woodwork to join long-lost Captain Jack Harkness in the fight to restore humanity to its natural state. For what was originally described as a “miracle” has turned the world upside down and set off a chain of events darker than anyone could ever have imagined.