10 Things You Should Know About Top Gear

Are you a Gearhead newbie? We’ve got the ultimate guide to the long-running show that’s been breaking records for 20+ seasons! With the facts below, you’ll find it easier to keep up with your fellow fans who have been watching for years.

Originally created in 1977, Top Gear features motorized vehicles ranging from beaters to Bugattis. The show’s reboot in 2002 moved its location to the Dunsfold Aerodrome, an airport and business park in Waverley, Surrey, which hosts its own temporary racing circuit.

The show has several features and segments. The hosts compete in various long-distance races against other forms of transportation including trains, planes and ferries. They also take on crazy car challenges.

For example: “the amphibious car challenge” featured Clarkson’s “Toybota”: a Toyota truck with a boat motor attached. In the end, it proved moderately successful until capsizing near the finish line. However, the amphibious cars made a triumphant return in Season 10: Episode 2!

4.) This is where it gets … interesting

Some of the shows segments include:

“Star in a Reasonably Priced Car” featuring celebrities doing laps around the test track for the fastest time, vying for first place on the leader’s board.

“Unusual Reviews” which once had a review gauging the level of “travel enjoyment” while driving a Jaguar. According to Clarkson, he ran out of land before he got bored and ran out of enjoyment.

5.) Weighing in on the News and the Cool

For all you Newsies out there, the show also features a segment specially tailored to automobiles and new! Also, Clarkson and Hammond take on the “The Cool Wall” ranking cars either “seriously uncool,” “uncool,” or “cool.”

The Stig, the shows leading test driver and teacher to the stars, is an anomaly decked in racing gear to hide its identity. The show’s running joke is, “Who is The Stig?” In past controversies, people have revealed themselves to be The Stig. However, who the newest seasons Stig is still remains a mystery.

The show, sometimes known for its comical hosts and minor controversies, has pushed the boundaries when it comes to specials. From the North Pole to Africa, sometimes even after being advised by David Cameron not to go, the three hosts have taken on challenges all across the globe.

The show’s popularity and success had led to many of the host’s own shows including James May’s Man Lab, Richard Hammond’s Crash Course, Jeremy Clarkson’s Motorworld, as well as many versions of Top Gear in the US, Australia, Russia, and Korea.

With 21 seasons, 160 episodes, and 9 specials under its belt, Top Gear is no stranger to television. However, the second season never made it to the big screen. Unfortunately, the original Top Gear show was cancelled right before its debut.

Even if you haven’t seen a single episode, Series 21 is sure to be a fantastic place to start. It will be easy to get the gist of the show if you’re a newbie to the Gear game due to the show’s infectious segments and hilarious hosts. Or, if you’re a seasoned vet, you’ll already know that not much has changed over the years with the Top Gear cast… except for the hair, of course: 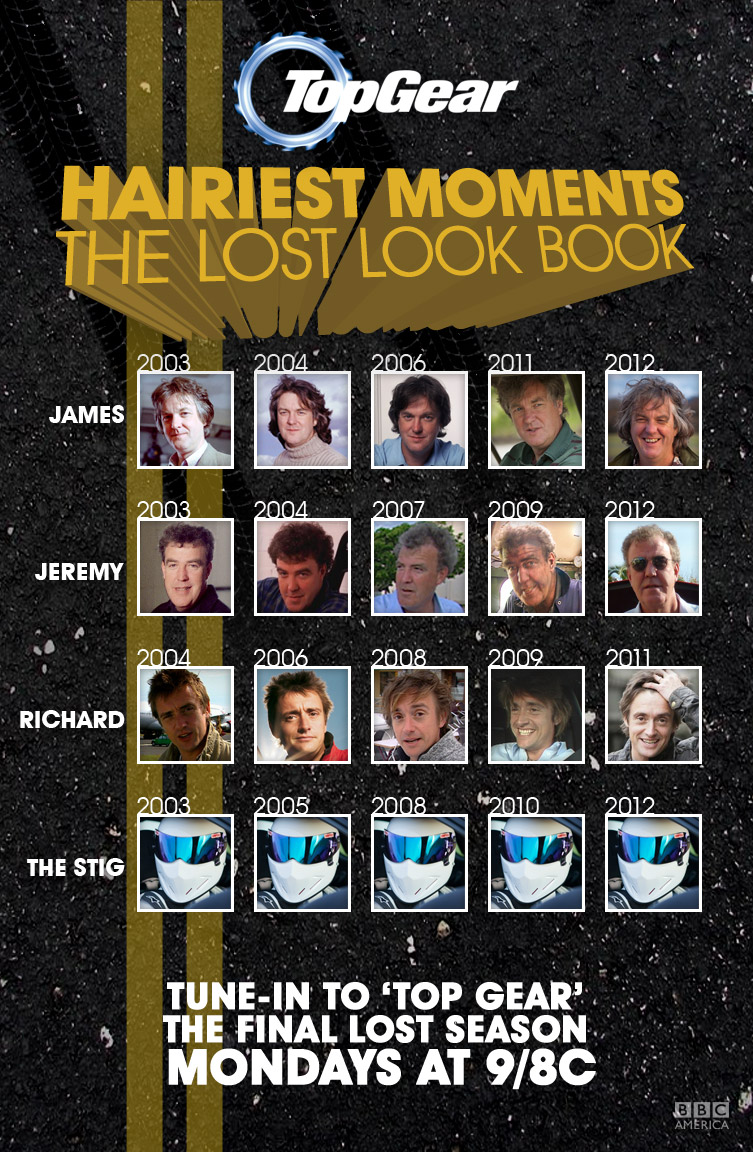 Check out the first segment of the all-new season premiere here and know more than your friends before Monday!