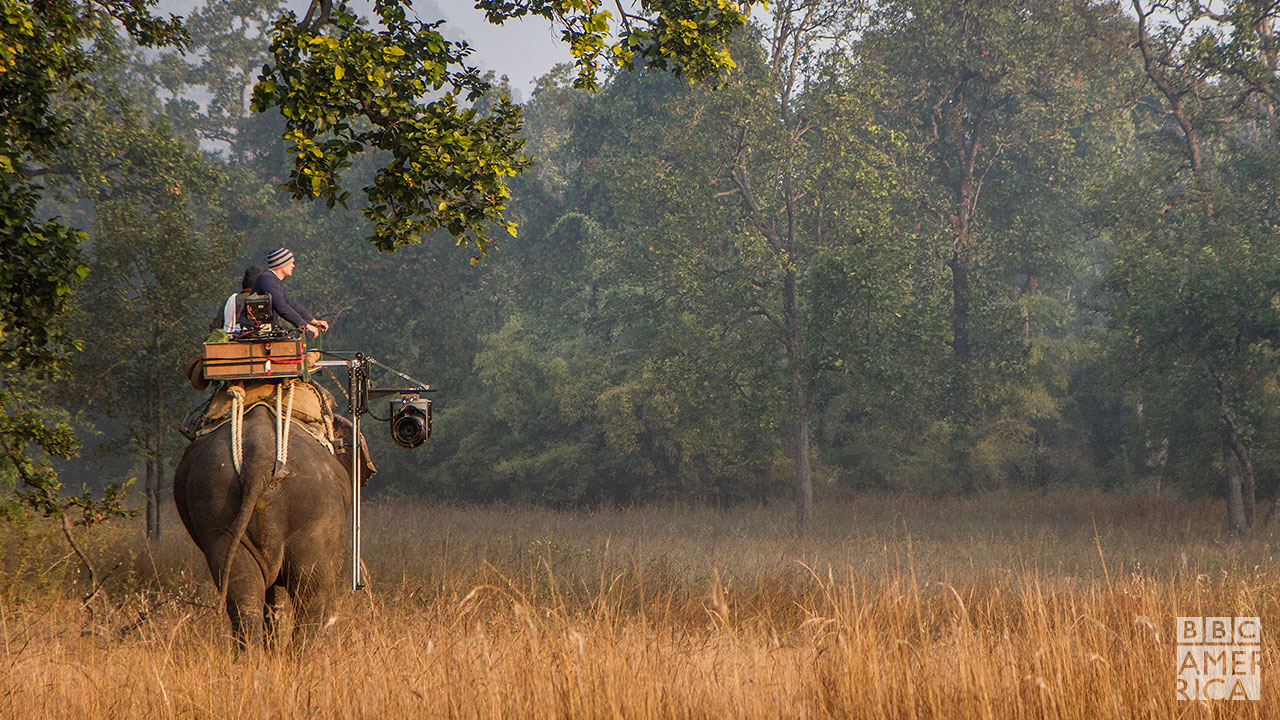 Cameraman Jamie MacPherson rides an elephant named Gotham off into the Indian forest. Armed with a stabilized camera rig called the “eleflex”, he's able to get up close to tigers under the canopy. 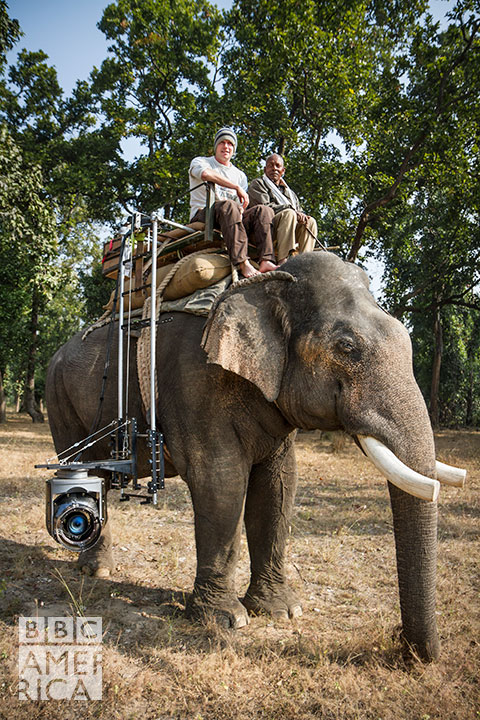 Gotham the elephant carried a stabilized camera rig into the forest so that the crew could film tigers up close. Tigers are used to the presence of elephants, and ignore them as they hunt deer in the forest. 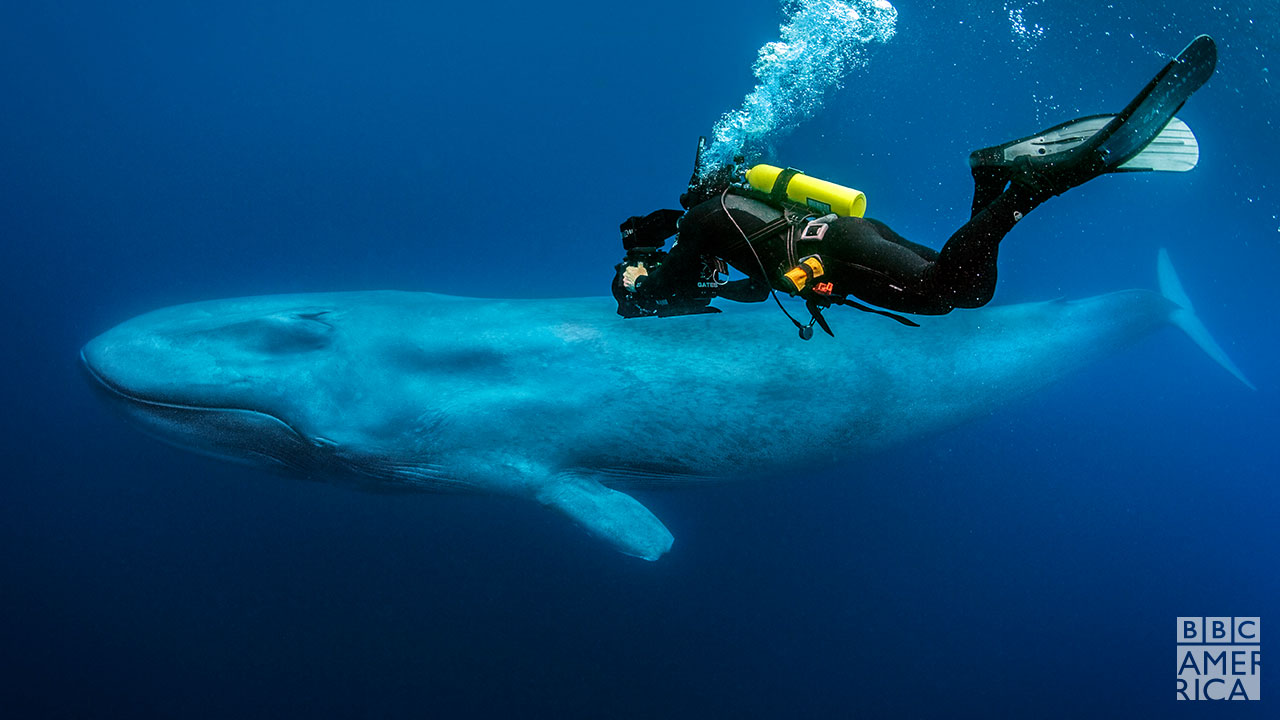 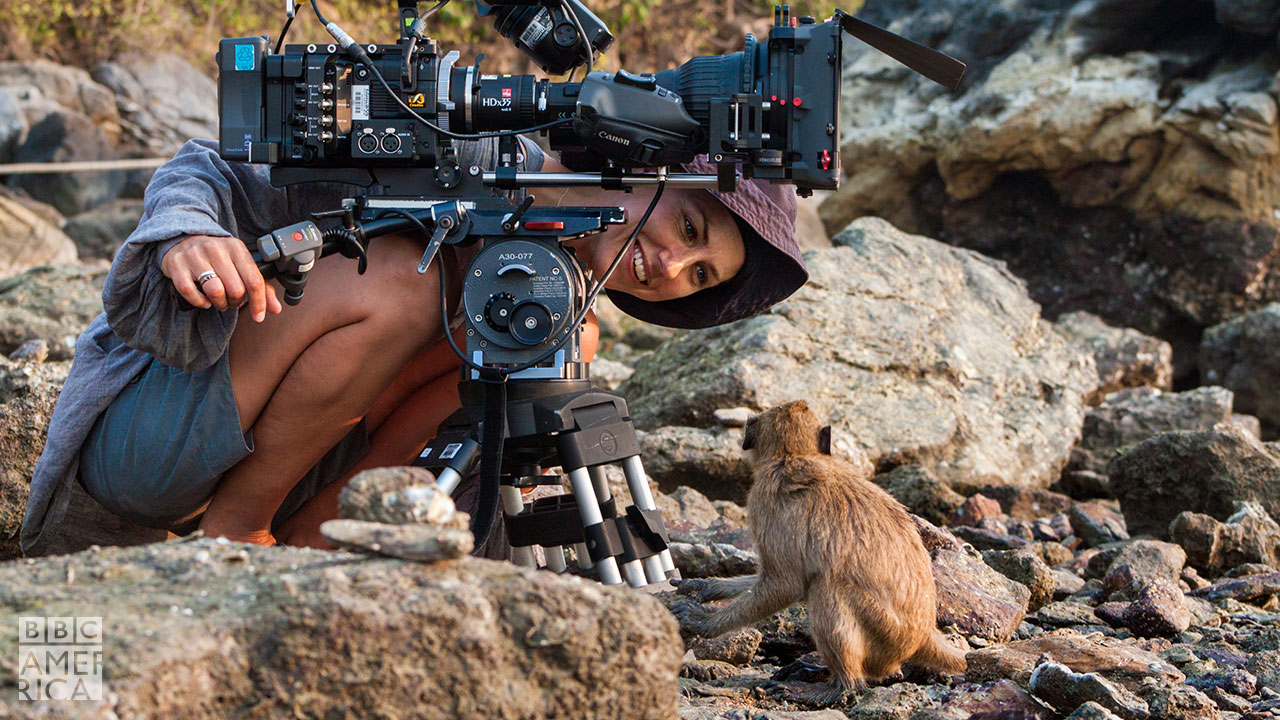 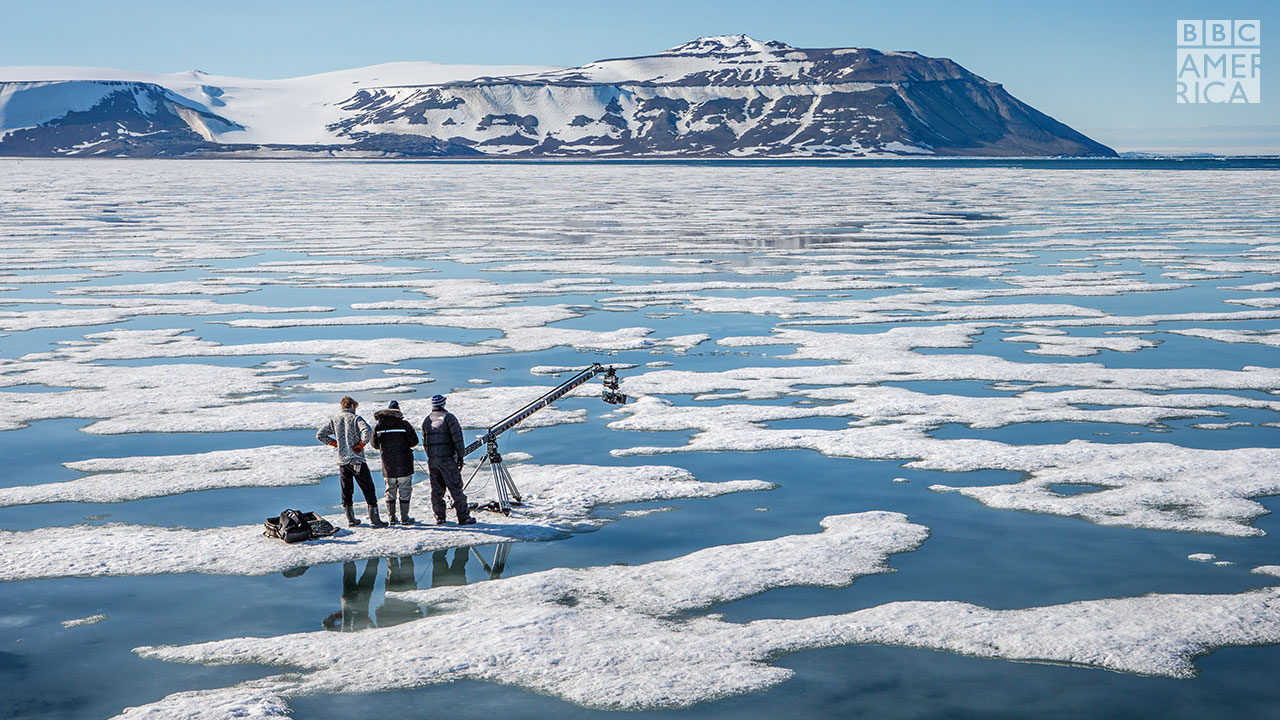 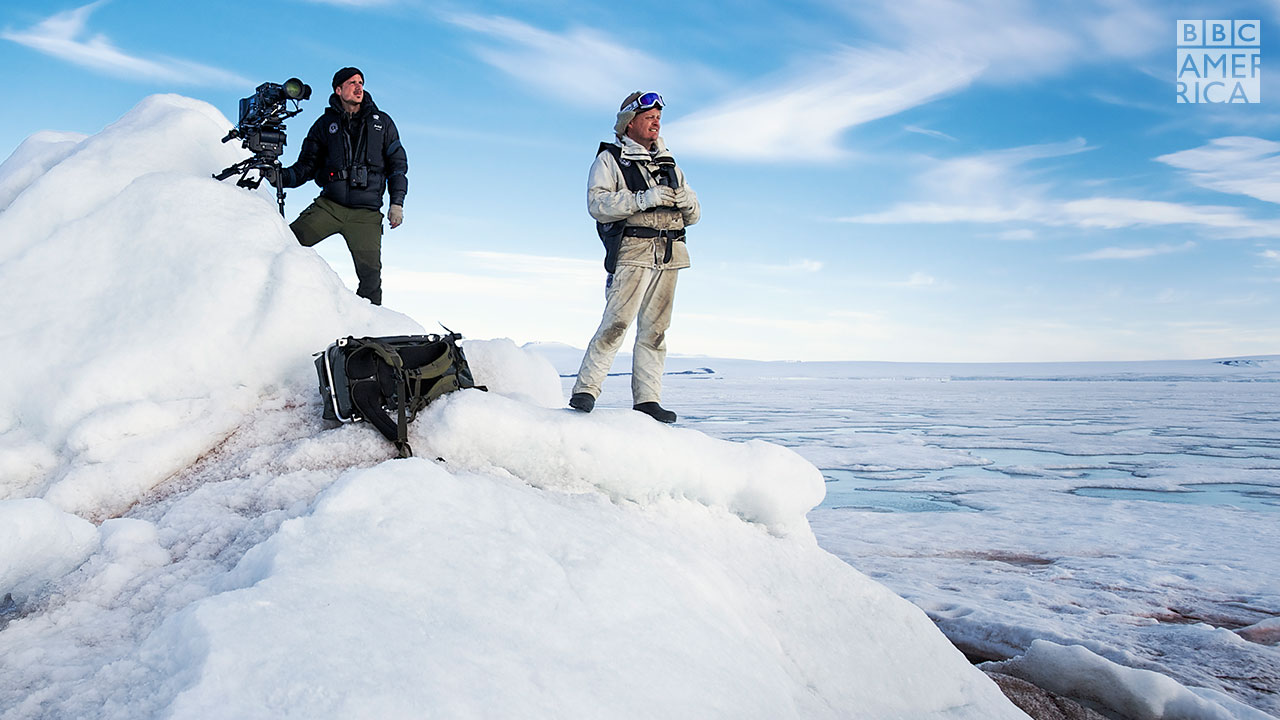 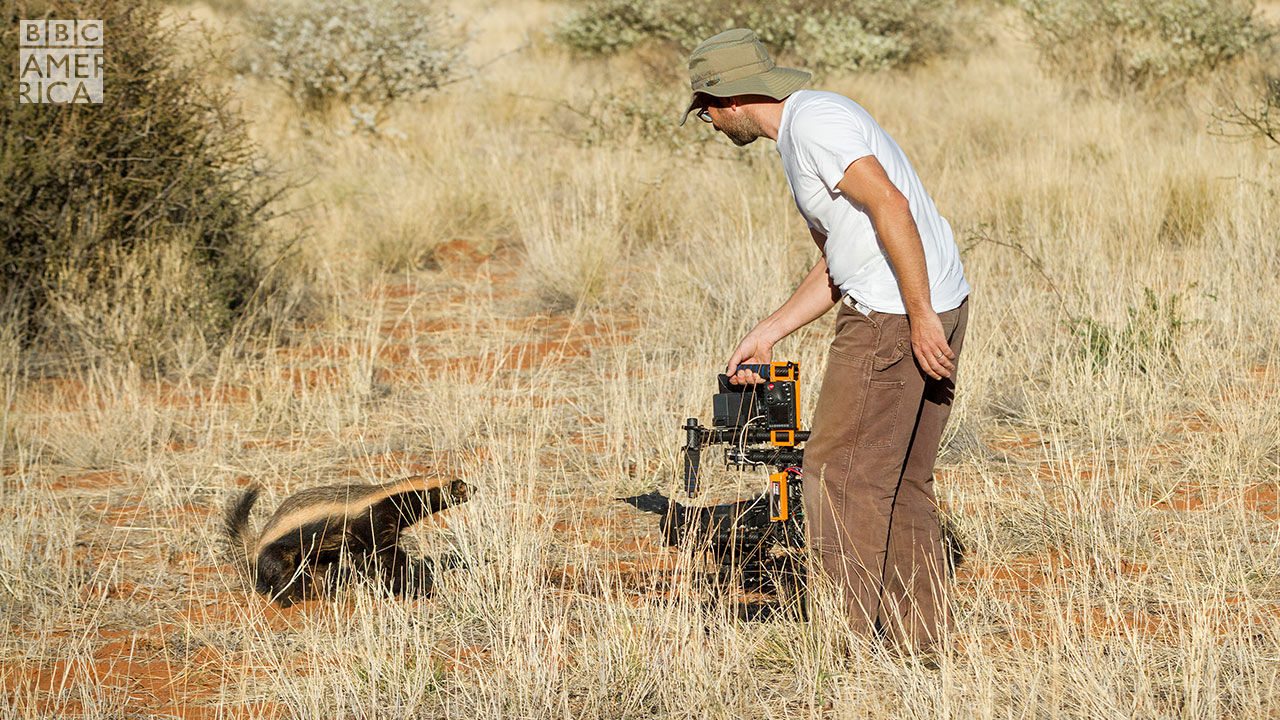 Cameraman Robin Cox films a honey badger on the move in the Kalahari desert, using a camera mounted on a specially made giro-stabilized gimbal. 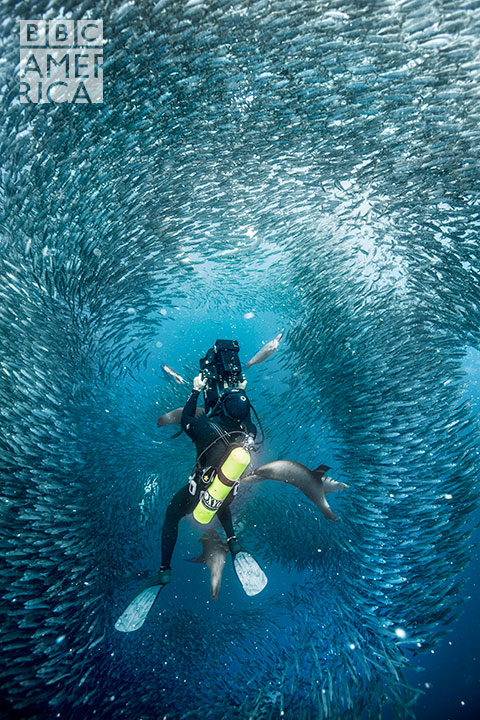 Cameraman David Reichert films a 'bait ball’ of sardines, who are surrounded by Californian sea lions. 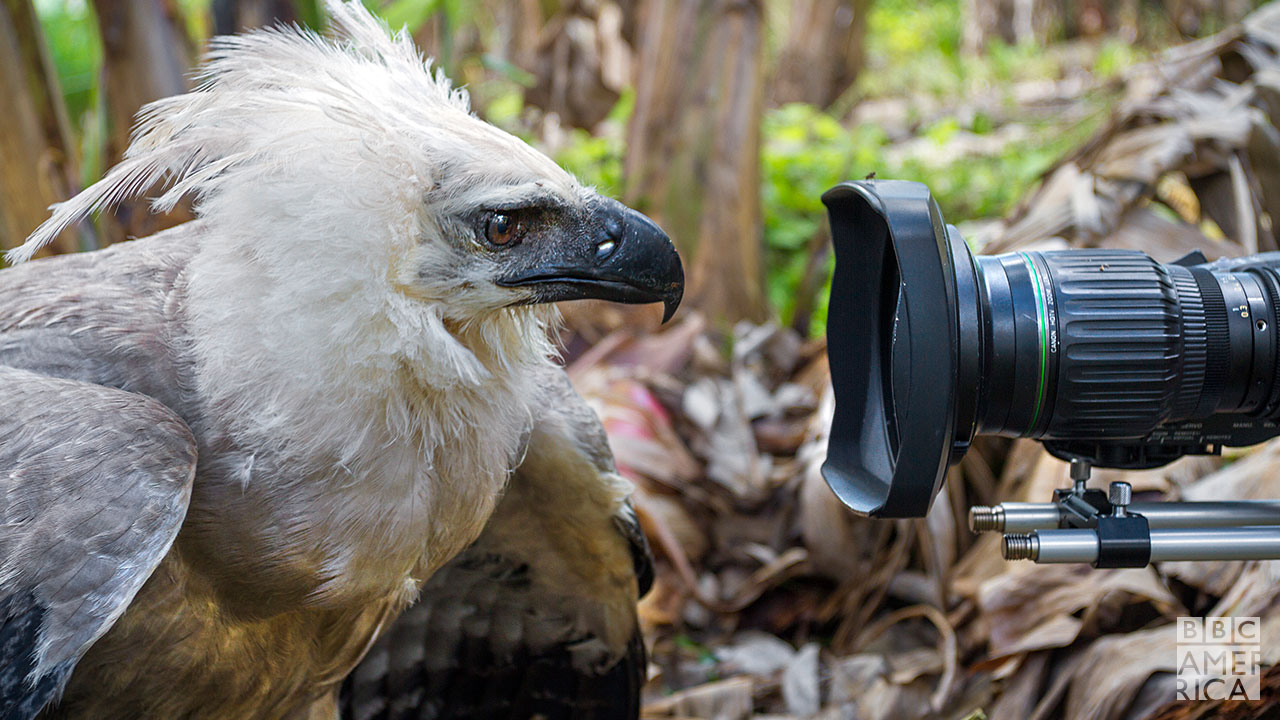 A harpy eagle chick stares down the barrel of the film crew's lens. 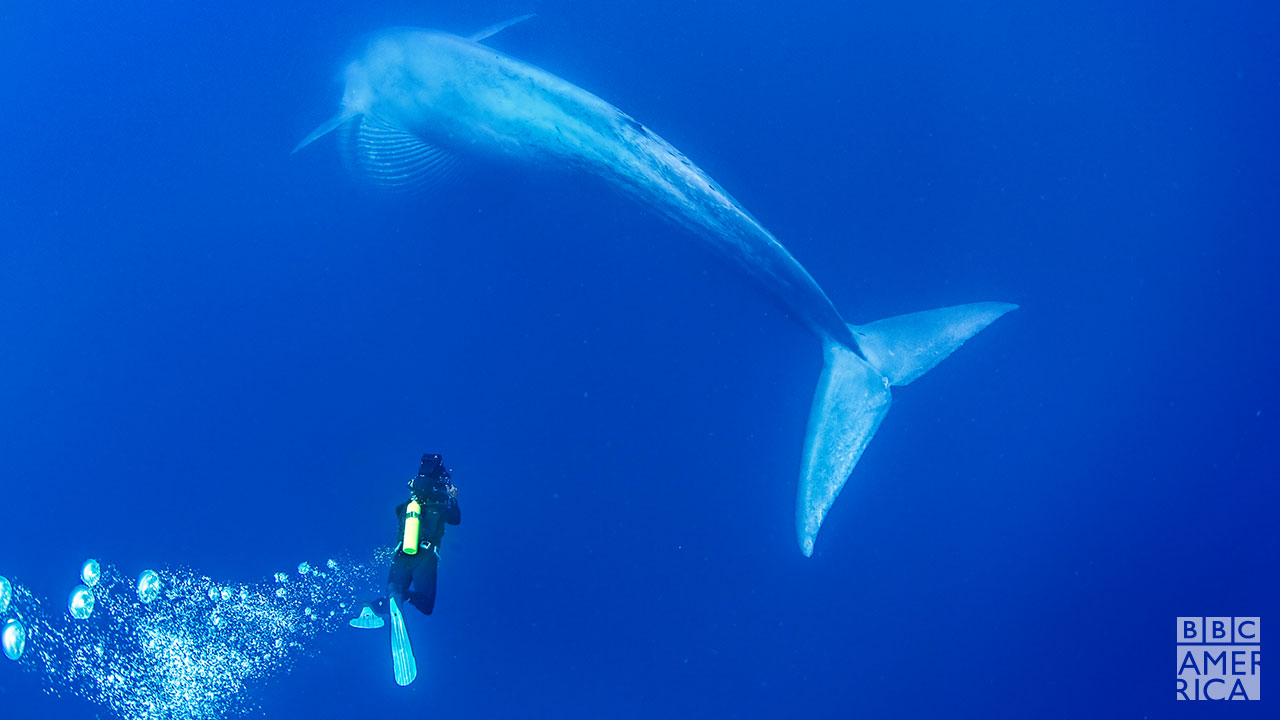 Cameraman David Reichert films a 100ft blue whale in the Pacific Ocean. Blue whales are the largest animals (and predators) on planet earth!

Making of ‘The Hunt’

Discover how ‘The Hunt’ crew used innovative technology (and elephants!) to capture the most rare and dramatic hunts in nature.