“Success is the best revenge.” – Marnie

In 1950s Britain, a woman’s place wasn’t the newsroom – it was in the home. A woman’s life had an expected trajectory: married by 21, pregnant by 22, and dutiful housewife and mother to an average of 2.2 children. The end of World War Two in 1945, brought the expectation that workingwomen would give up their temporary wartime jobs and return to their homes and families, letting their war hero husbands reassume the role of breadwinner. Of the 32% of women who made up Britain’s workforce in 1959, the majority were relegated to jobs as administrators or secretaries – with their male counterparts filling roles as managers or in university-trained, skilled trades.

The rare woman who kept her full-time job and was also a parent was coined a ‘working wife;’ stressing that even working mothers were mothers first, employees second. Women who expressed an interest in higher education found themselves stonewalled by discriminatory grant practices, and discouraged by lacking financial assistance, continued a much more limited education in institutions such as two-year teacher training colleges. 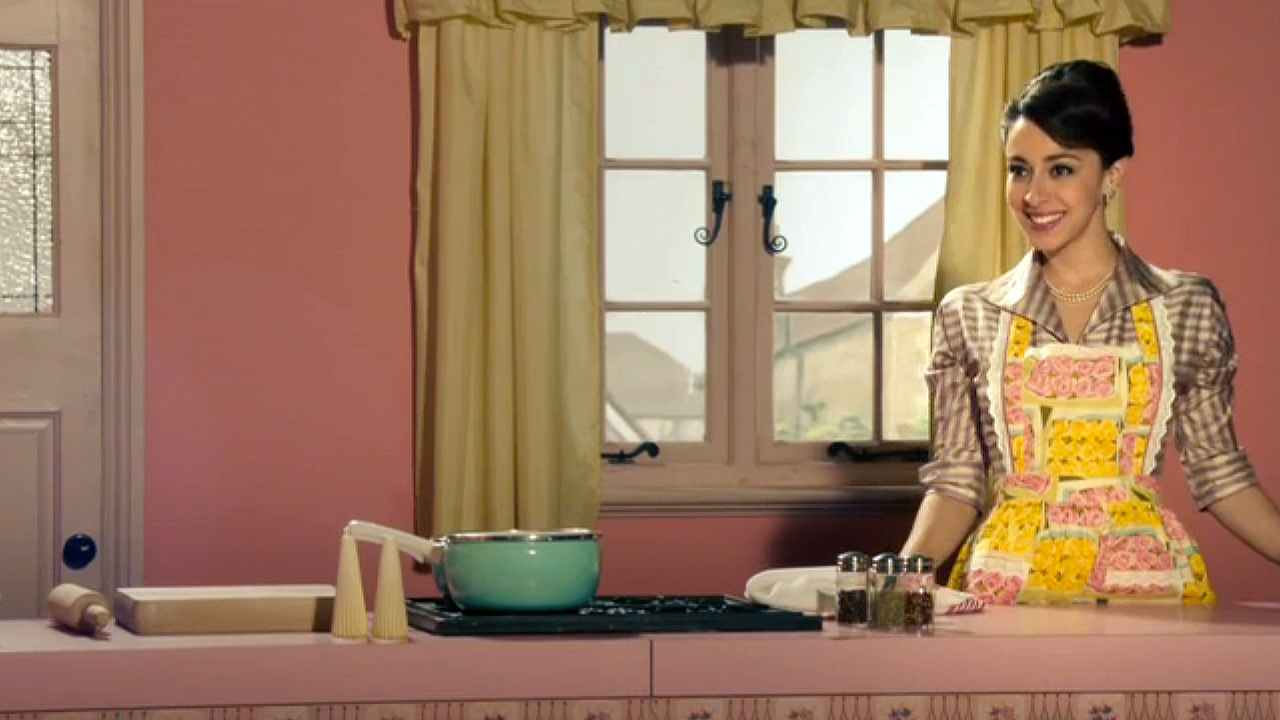 “The Hour”’s Bel, a late 20-something, Oxbridge educated woman in a high level position, employed in an exclusively male workplace, was a true rarity in 1950s Britain. In an interview with the San Francisco Chronicle, actress Romola Garai explains: “I think it was just about possible to be married (and have a career in the ’50s). It absolutely wasn’t possible to be a mother (and have a job) at that time. Being able to control that aspect of your life was extremely rare.”

While uncommon, it wasn’t entirely unheard of for a woman to rise through the ranks of broadcast news. In a piece for The Guardian, Garai revealed that writer Abi Morgan’s inspiration for the character Bel was Grace Wyndham Goldie, a 1950s television news producer who spearheaded televised general election coverage and was one of the most innovative political TV news producers of her day.  With her team of men known as the ‘Goldie boys,’ she was instrumental in the success of several BBC TV programs.  “[Goldie] created the formats for anything we now recognize as serious, challenging television news journalism,” says Garai. “‘Panorama,’ ‘Tonight’ and ‘That Was The Week That Was’ all came under her remit and changed not only the way television was perceived, but the very way that politics operates in the modern age. And all this in an environment that was largely devoid of women represented at anything over and above the tea-making level.” A pioneer of general election TV coverage and political news, Goldie represented a new age of women finding their footing in a male-dominated workplace.