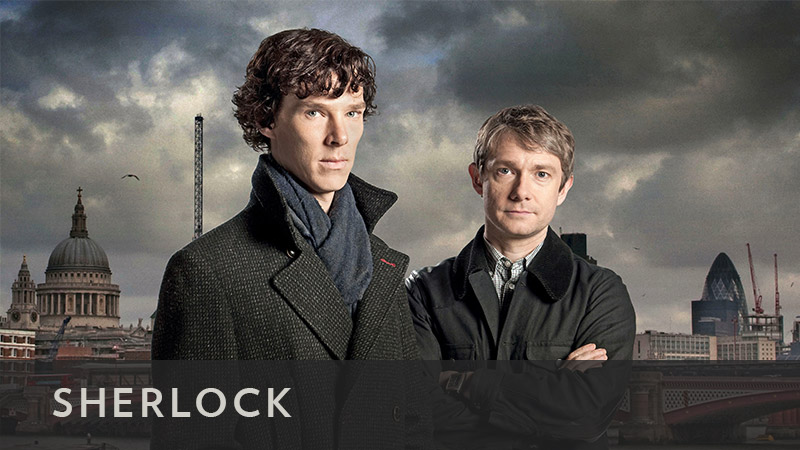 In this unique adaptation, the iconic details from Sir Arthur Conan Doyle's original books remain. They live at the same address of 221b Baker Street, have the same names, and somewhere out there, Moriarty is waiting for them. Steven Moffat says: "Conan Doyle's stories were never about frock coats and gas light; they're about brilliant detection, dreadful villains and blood-curdling crimes – and frankly, to hell with the crinoline. Other detectives have cases, Sherlock Holmes has adventures, and that's what matters."