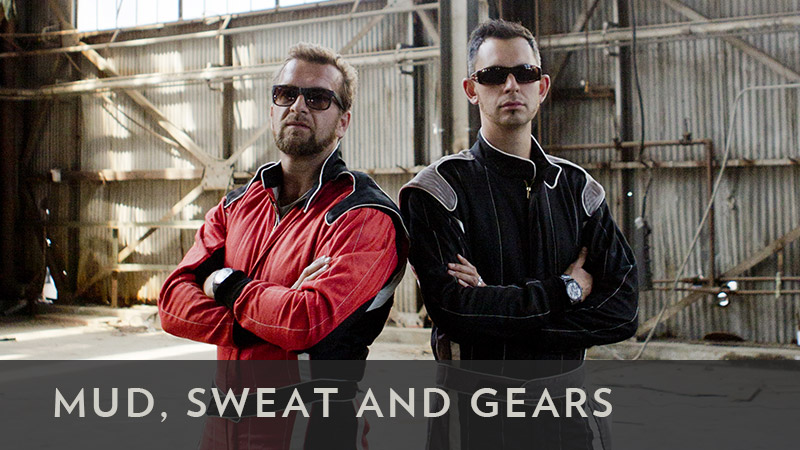 BBC America’s Mud, Sweat and Gears is a competitive car show, where each week hosts Tom ‘Wookie’ Ford and Jonny Smith captain a team of two car nuts and go head-to-head to transform everyday vehicles. They have 24 hours to mutate, supersize and reconstruct — once transformed, the vehicles are raced in three extreme missions involving head-to-head sprints, timed challenges and stunts, lots of stunts.

The missions are daring, adventurous, fun, and competitive — and all tied to different episode themes rolling out each week.