River Song Returns for the 2015 Doctor Who Christmas Special

Alex Kingston returns to Cardiff to reclaim her role as Professor River Song for the highly anticipated 2015 Doctor Who Christmas special, premiering on Christmas Day on BBC AMERICA.

It’s Christmas Day in the future and the TARDIS is parked on a snowy village street, covered in icicles, awaiting its next adventure. Time traveler River Song meets her husband’s new incarnation, in the form of Peter Capaldi, for the first time this Christmas.

Day one of filming the eleventh Doctor Who Christmas special starts this week and is written by lead writer and executive producer, Steven Moffat, produced by Nikki Wilson and directed by Douglas Mackinnon (Doctor Who, Sherlock).

River Song made her first Doctor Who appearance in 2008 in Silence in the Library and Forest of the Dead and has appeared in 15 episodes to date. 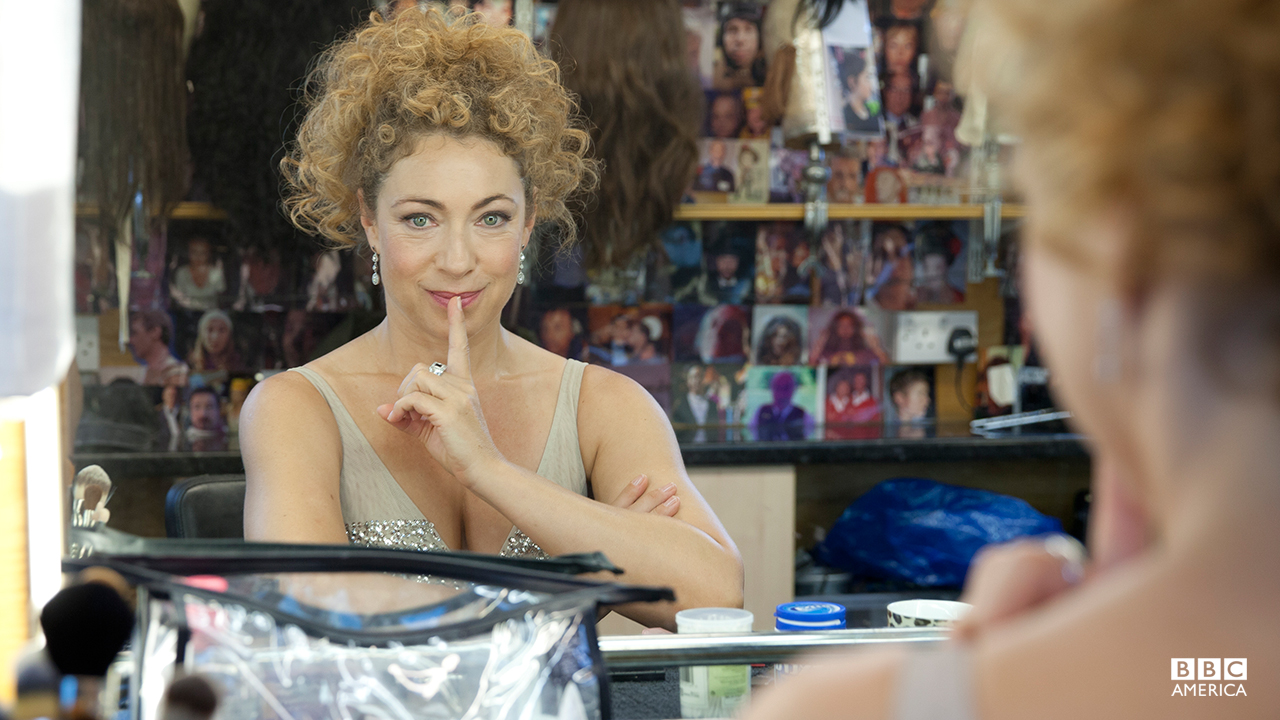 River, ahem, we mean Alex Kingston says, “To be honest, I did not know whether River would ever return to the show, but here she is, back with the Doctor for the Christmas special. Steven Moffat is on glittering form, giving us an episode filled with humor and surprise guest castings. I met Peter for the first time at Monday’s read-through, we had a laugh, and I am now excited and ready to start filming with him and the Doctor Who team. Christmas in September?, why not!”

Steven Moffat, lead writer and executive producer adds, “Another Christmas, another special for Doctor Who — and what could be more special than the return of Alex Kingston as Professor River Song. The last time the Doctor saw her she was a ghost. The first time he met her, she died. So how can he be seeing her again? As ever, with the most complicated relationship in the universe, it’s a matter of time …”

The witty line-up of guest cast joining Alex for a magical adventure on the TARDIS will be announced over the coming months.