The Doctor (Peter Capaldi) is a Time Lord, a two-hearted alien visitor from the planet Gallifrey who travels space and time in a multidimensional time machine called the TARDIS (which resembles a blue police box). When his body is fatally injured or aged, his people have a trick called regeneration, in which every cell is replaced and a new body replaces the old.

In “Deep Breath,” the Doctor is struggling with the disorienting after-effects of his most recent regeneration, while trying to work out why people keep going missing in Victorian London. His companion Clara (Jenna Coleman) is struggling with the sudden change in her best friend. Oh, and there’s a Tyrannosaurus loose around Big Ben.

That Tyrannosaurus coughs up the TARDIS onto the shore of the Thames, and the Doctor and Clara emerge, meeting old friends the Paternoster Gang — the Silurian Madame Vastra (Neve McIntosh), her wife Jenny (Catrin Stewart) and the barely-reconstructed warrior Sontaran Strax (Dan Starkey) — before the Doctor passes out. Back at their home, the Doctor sleeps, then escapes to talk to the Tyrannosaurus, while Vastra accuses Clara of struggling with his new appearance.

Then the dinosaur bursts into flame. As the Gang catches up with the Doctor, he leaps into the river to chase a man who seems unruffled by the burning reptile, and they lose him again. The next day, he roams the streets searching for clues, and embarks on a memorable exchange with a rather frightened old man:

Clara finds a message in a newspaper concerning “The Impossible Girl”— an alternative name for Clara — with instructions to meet in a restaurant. She finds the Doctor there, but finds out he saw the same message, they don’t know who left it for them. 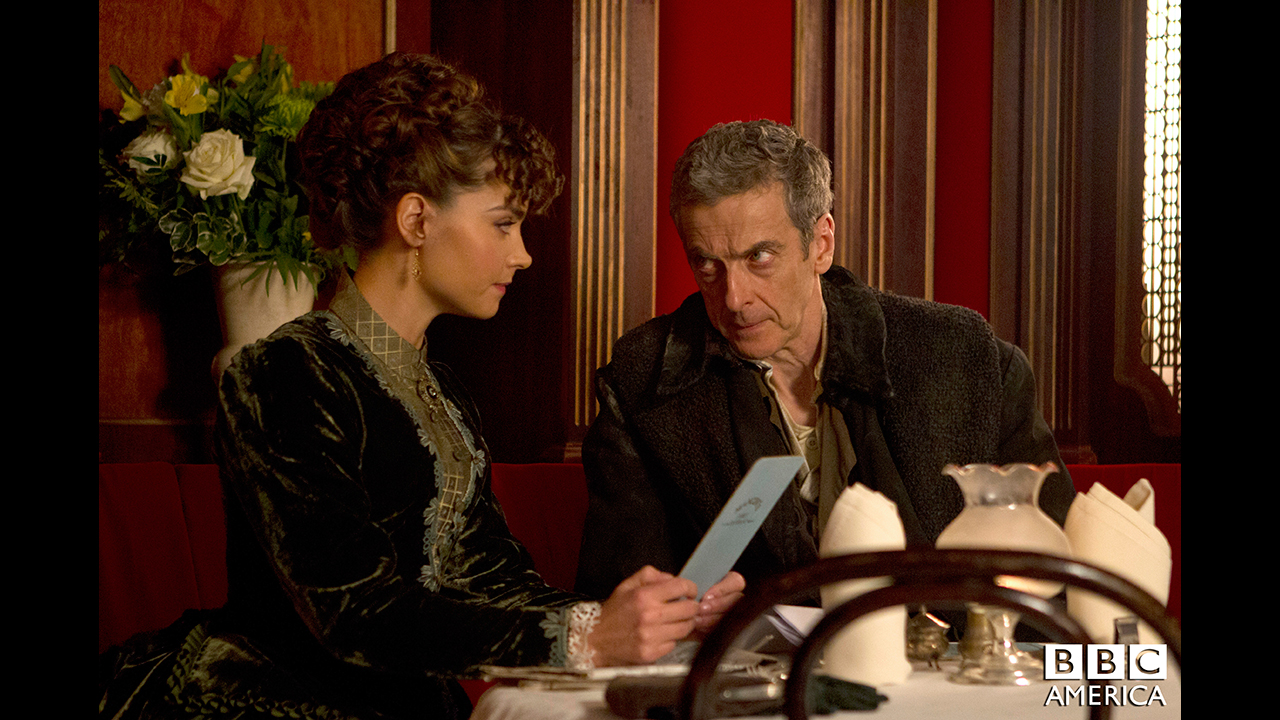 As they bicker, they realize the other diners are actually robots, and then their seats descend into an underground bunker, home of the half-made man the Doctor saw by the riverbank and a collection of half-made robots made of mismatched body parts, as if they replaced their worn-out joints and limbs with bits of people. As the robots begin to awaken, the Doctor appears to have run off, leaving Clara to try and hide by holding her breath. But he soon returns, for a face-off with the Half-Faced Man. 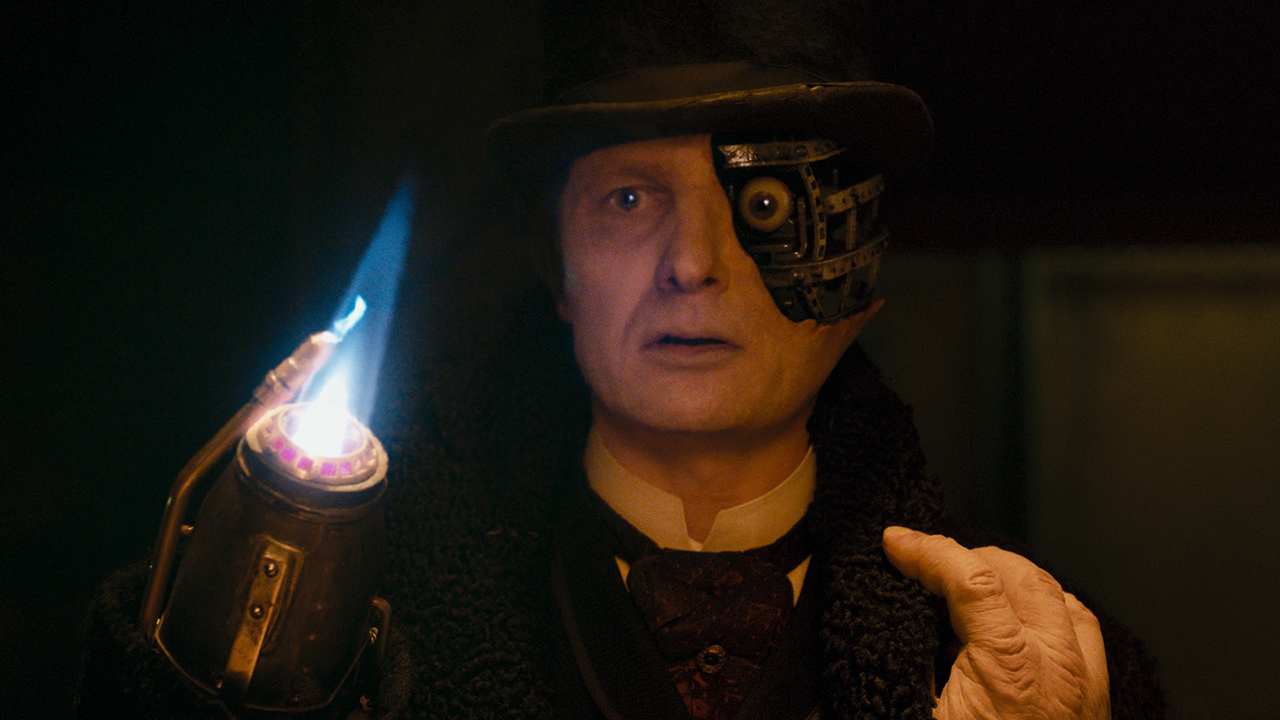 “Deep Breath” is the story in which the Doctor’s new personality arrives, and he seems as perplexed by who he has turned out to be as everyone else. In the end it is Clara — with a little help — who encourages him to be at peace with his new self. The new Doctor is a cerebral man, less inclined to shout “Allons-y” or “Geronimo” and keener on a well-placed “Shuttity up up up!” so he can think.

HERE ARE 10 THINGS YOU MAY NOT KNOW ABOUT “DEEP BREATH”

Clara’s job is to help him rebuild his life, to resume his wandering lifestyle after hundreds of years spent defending a small crack in the wall on Trenzalore. “Deep Breath” is the story that begins that transition, and reaffirms one of the Doctor’s basic principles, that he is a far better man when his friends are there to guide him. 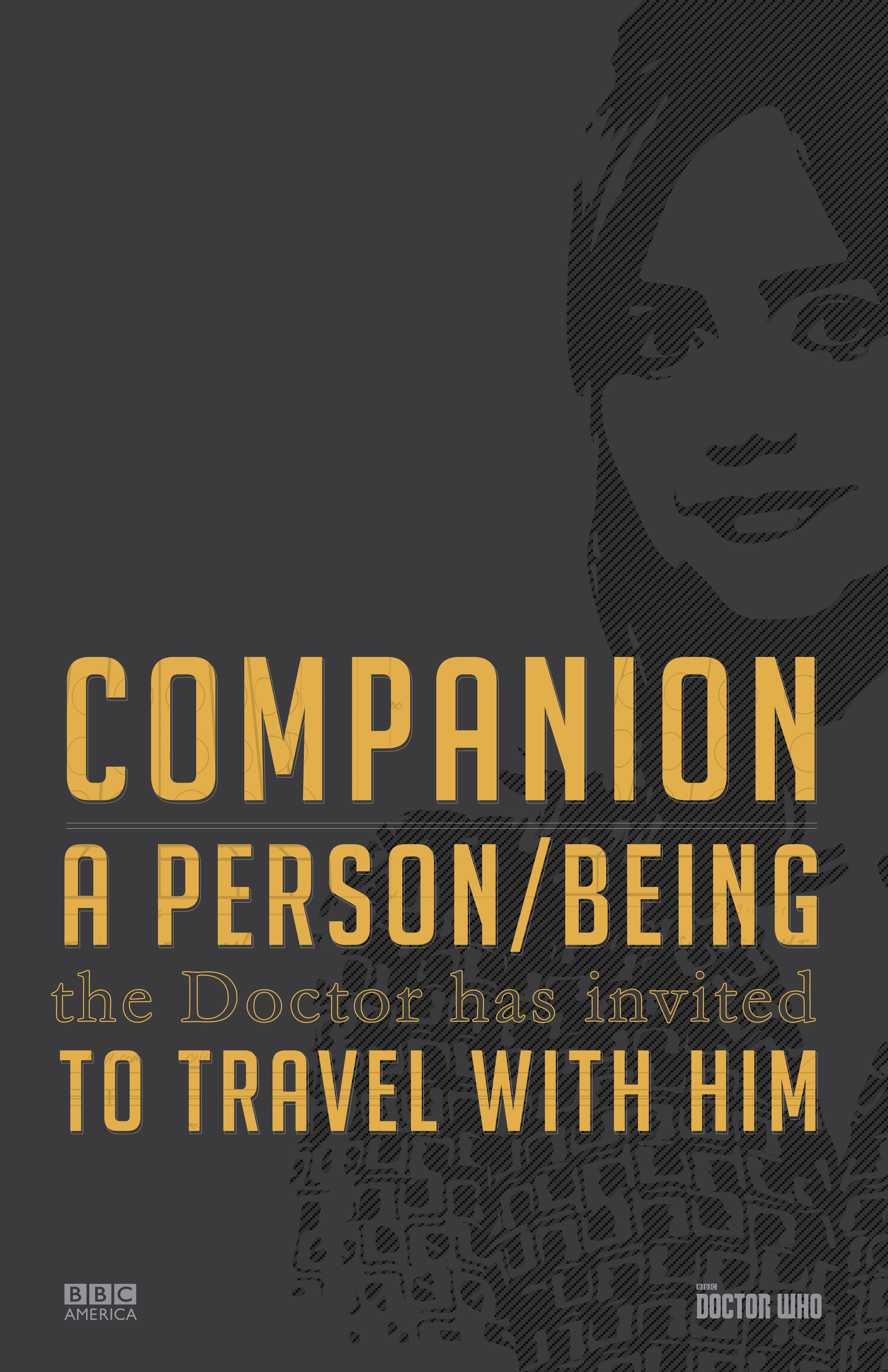