Has your favorite Whovian had a little less time for you lately? There might be a reason. He/she is busy playing Doctor Who: Legacy! But don’t worry — two can place at this game (or three, or four…) Seriously, get for yourself HERE.) We spoke to the game’s creators at Tiny Rebel to find out how the game was developed and what gamers can look forward to.

BBCAmerica.com: How would you describe the game to someone who’s never played before?
Tiny Rebel: Doctor Who: Legacy is a free-to-play mobile RPG puzzle game. You begin with the 11th Doctor and a team of his companions and allies from the show. As you beat gem-based puzzles built around episodes from the show, you will collect together other regenerations of the Doctor, as well as dozens of other allies and companions, which you can mix and match to overcome the various challenges. When you download the game, it comes with levels based on the last two seasons of the show (seasons 7 and 6, over 25 hours of gameplay), with Season 5 being released in the first half of April (also completely free).

The game is available on iOS, Android, and Kindle, with a Facebook version launching in April. Users who wish to support the ongoing creation of content (new level packs are released monthly) can upgrade into the “fan area” which includes new levels, costumes, and unique allies to put in your team.

BBCA.com: How would you describe it to someone who’s never seen Doctor Who?
TR: One of the things which is great about the game is that it’s a great game regardless of your knowledge of Doctor Who. Like the show, it can be enjoyed on multiple levels whether you’re never seen Doctor Who, you’re a relative newcomer to the show, or a fan from the very beginning.

At its core, it is a gem matching puzzle combat game, familiar in various ways to players of prior games in the genre including Puzzle Quest and Puzzle and Dragons. Our game marries some of the gameplay which would be familiar to players of those games, with a myriad of new features as well as a rich setting in the science fiction world of Doctor Who. Anyone who enjoys this genre of gaming will find a great deal of fun and accessibility in Doctor Who: Legacy. And we have had a number of fans of the game tell us that this is what got them interested in the television series!

BBCA.com: How did the partnership come to be?
TR: Tiny Rebel Games decided to produce their first mobile game. The founders of Tiny Rebel, Susan and Lee Cummings, have been making games for 15+ years and felt that for mobile, the first game should be based on an existing universe with a rich story history. Doctor Who is one of our favorite series and we reached out to BBC Worldwide to discuss. From the outset, the team at BBC Worldwide immediately embraced and supported our vision for the game and have been excellent partners.

For the development of the game, we partnered with Seed Studio, which is based out of Taiwan. Together Tiny Rebel and Seed created this game as a “live-supported” game where we could rapidly create and release new content from the long history of the series.

BBCA.com: Doctor Who is a beloved show and character — how did you even approach the project?
TR: Everyone at Tiny Rebel Games is a massive Doctor Who fan, with decades of Doctor Who love between us. We decided very early on that we wanted to create a game unlike any other Doctor Who game which had been released before. Unlike other games which focused on one regeneration of the Doctor and a couple of his companions, we wanted to create a game where fans could take whichever Doctor they considered “theirs,” along with their favorite companions and allies, and take them up against their favorite enemies from the series. Our goal from the very first day we talked to the BBC was to build a game we could add content to weekly after launch, as we started to travel further and further back through the timeline of the Doctor, hopefully one day getting all the way back to An Unearthly Child.

BBCA.com: What was the development/design process like? Any initial sketches/frames you can share?
TR: Design of the game was a highly collaborative process between Tiny Rebel, Seed Studio, and BBC Worldwide. We had certain goals from the outset including accessibility to all ages of gamers (as young as our five-year-old son, as old as our grandparents), adherence to the rich canon of the series, strategic puzzle design, and of course above all, fun factor.

Where it comes to day to day design decisions, our Creative Director works with our team of designers in Taiwan and also is heavily engaged with our existing fan community to make decisions regarding new features, new allies, episodes and so forth.

The game which was released is incredibly faithful to the original design we set out to make.

Here are a couple of early sketches: 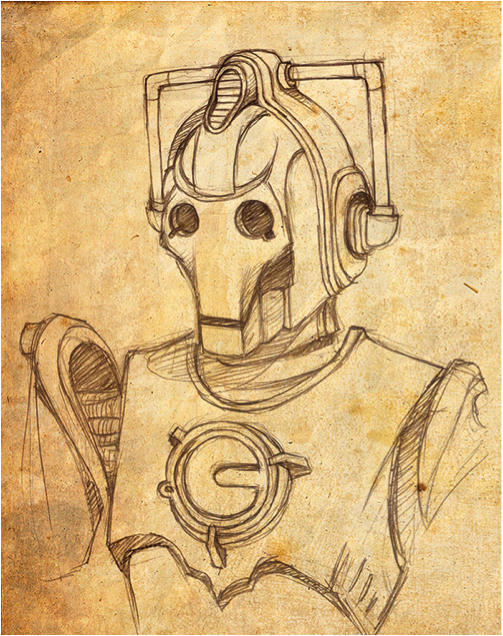 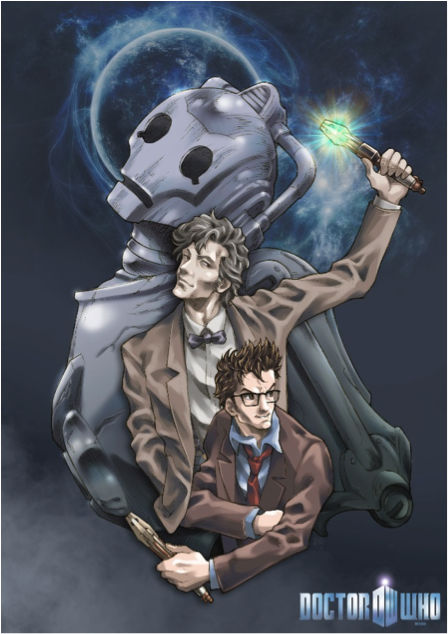 The ultimate art direction for the game is led on the character side by Pest Jiang at Seed Studio in Taiwan. Pest hand draws every character in the game in fact. The art style was designed in heavy collaboration with BBC Worldwide and the brand team of the television series in Cardiff.

BBCA.com: What was the craziest concern brought up in development?
TR: Many, many late sleepness nights were spent getting the game ready for launch. We were so close to the game though that it was hard to be objective, and we frequently wondered to ourselves if this was a game only for us or if other people would love it as much as we did. A puzzle gem matching RPG made perfect sense to us – extrapolating conflict into something purely puzzle focused was very in keeping with what we loved about the show and also allowed us to create a game which could constantly be added to and evolved. But what if this was something that only we wanted to play?

But late nights, when we finally put away work to relax for a bit before grabbing a short sleep, we found ourselves wanting to play the game a little bit more on our tablets, just for the fun of it. We figured that had to be a good sign.

BBCA.com: What’s the Doctor Who fanbase like at the office? Is there a Whovian consultant?
TR: The Creative Director at Tiny Rebel Games, Lee Cummings, is our “Head Whovian.” Lee is from Cardiff, and was raised on a steady diet of Doctor Who filtered through the back of his sofa. Before the team even thought about approaching the BBC, he and the Executive Producer on the game (his wife, Susan Cummings) had seen the entirety of the reboot episodes (twice) as well as all of Torchwood and a fair amount of Sarah Jane Adventures. We work very closely with BBC Worldwide and members of the Doctor Who brand team to make sure every detail is correct, from the story through to the costumes and backgrounds from the show.

BBCA.com: What are some things fans of the game can look forward to?
TR: In a few weeks, we’ll be launching our third season in the game, which is based around Season 5 of the reboot series. The most recent Master (John Simm) joined the game a few weeks ago, and in Season 5, you’ll face not just him, but the “crispy master” (from The Deadly Assassin) and the incomparable Roger Delgado as the very first Master. As you play through the season you’ll encounter episodes from the show such as “Time of the Doctor,” “Victory of the Daleks,” “The Impossible Planet,” “Vincent and the Doctor,” “Fles” and Stone,” and many more. You will also collect four more Doctors – The War Doctor, the 9th Doctor, the 1st Doctor, and the 2nd Doctor; and you’ll meet allies such as Sarah Jane, K9, Tasha Lem, Liz 10, Hawthorne, Vincent Van Gogh, Father Octavian and many more.

BBCA.com: What surprised you guys most about player reaction?
TR: We were amazed that, almost instantly, a community built itself around the game. We have over 40,000 Facebook followers and over 5,000 Twitter followers who help us design the game almost every day. Whenever we try to make a decision which we can open up to our community, we do. This back and forth has not only made the game noticeably better (before we launched the game, we tried to guess what sort of game players might want, but now we just ask them), but has spurred the creation of new features and gameplay, as well as a weekly two-hour Twitch chat where tens of thousands of fans of the game gather weekly to talk to the games Creative Director and Executive Producer (as well as others from the team) to discuss what has been released recently, and what is in production.

BBCA.com: What do fans have to look forward to in the game? What are some plans you can reveal?
TR: As well as all the new levels coming for the game in Season 5, we also have two large new features. The first is a “perk” system where players can further fine tune their teams before taking them into encounters (such as specializing the type of damage they do, or adding new abilities), while the second is an “expert mode” set of levels which are punishingly hard but reward players with unique companions and alternate Doctors which they can’t obtain anywhere else.

About Tiny Rebel Games LLC
Tiny Rebel Games LLC is a publisher and developer of richly designed and addictive games for mobile and other platforms. The latest partnership venture for Lee Cummings and Susan Cummings, Tiny Rebel Games is the culmination of over a decade of work together across a broad variety of genres and platforms, including a broad portfolio of design and production contributions to such blockbuster successes as the Grand Theft Auto series, Bioshock, Borderlands, and Bully.

About Seed Studio
Established in 2006, Seed Studio is a global developer of entertainment software, specializing in the creation of social game content for all platforms. With offices located in Taipei, Taiwan and Woodland Hills, CA, Seed Studio is a unique blend of Eastern-Western art, design, and programming.