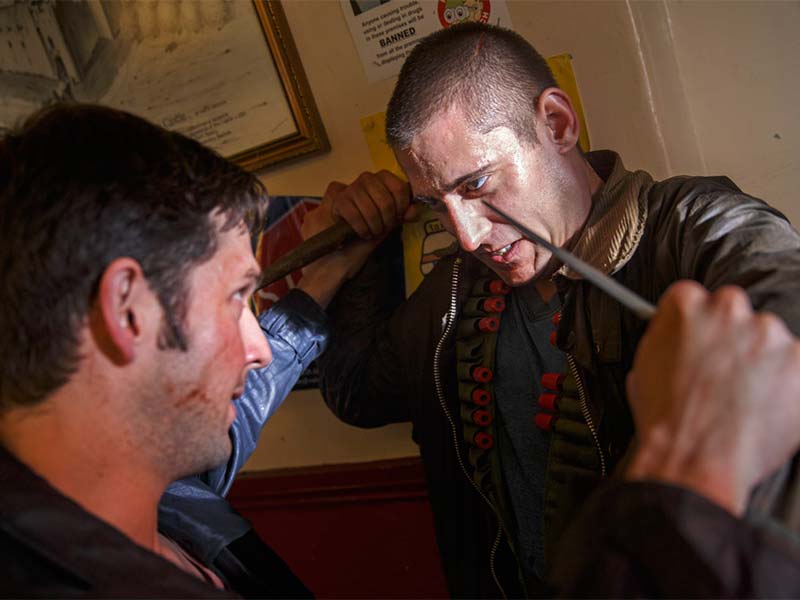 While Tom and Hal are immersed in a bitter fight to the death, the Devil is on the loose - and only Alex, trapped in her own grave, knows the truth. Can the roommates pull it together to face up to the most evil power on Earth?

There is little left of Hal's humanity. Having feasted on blood and now in with an army of vampires, he's ready to return to his hedonistic and debauched days. Tom is set on avenging Natasha's death and has returned to his default setting—vampire killer. The two fight it out, unaware that wheelchair-bound hotel resident Captain Hatch is actually the Devil and determined to cause as much chaos, death and destruction as possible.

Alex is the only one who knows the truth, but she's been trapped in her own coffin. Can she reunite with Tom and Hal? Even if she could, would she be able to reconcile their differences long enough to face up to the most evil power on earth? And at what cost to humanity?